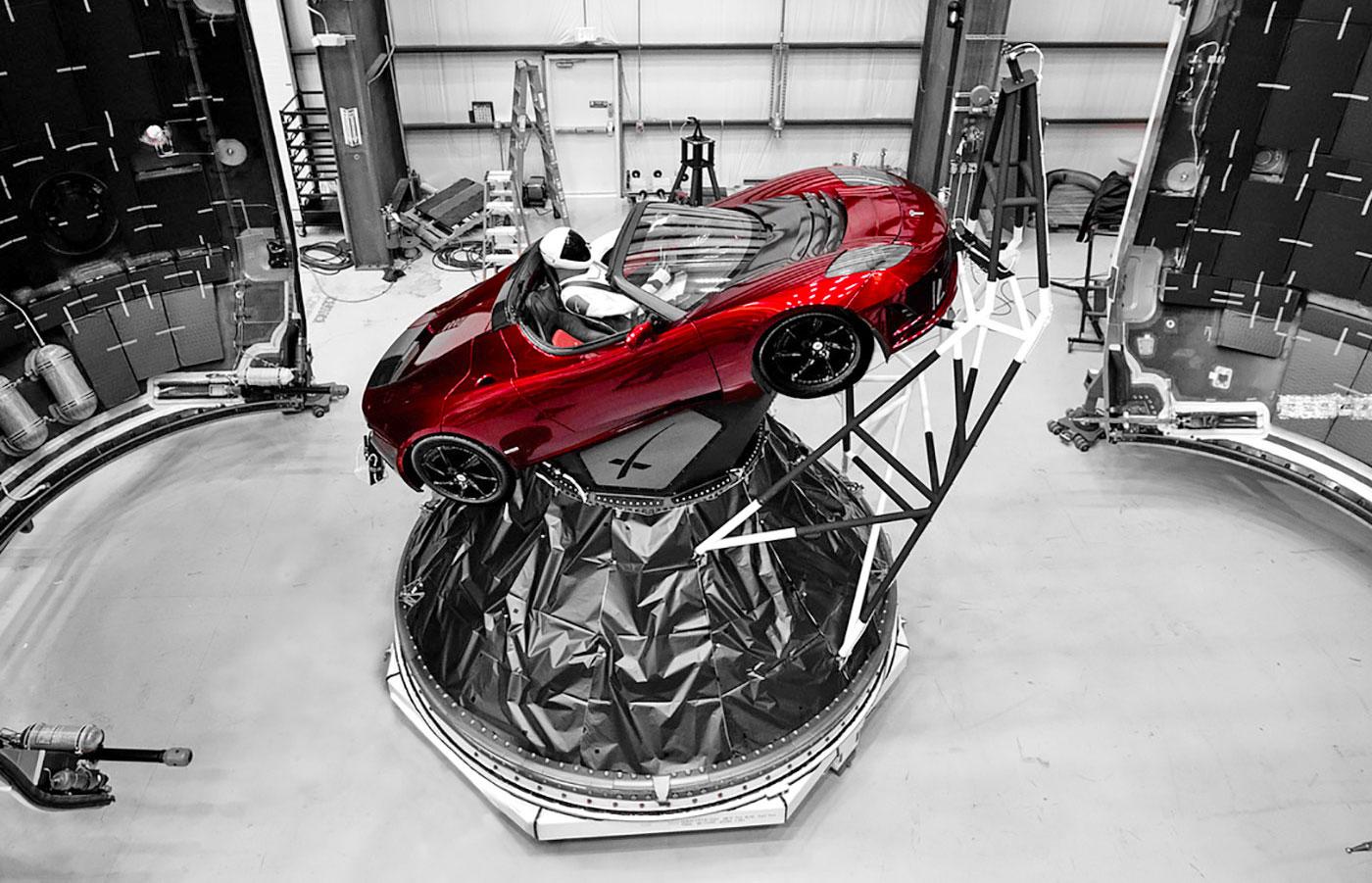 The debut launch of the Falcon Heavy will be a serious and complex affair, but SpaceX boss Elon Musk is trying to boost the fun level to maximum. Not only is he using a cherry red Tesla Roadster as ballast for the first test, he's placed a dummy wearing SpaceX's stylish new space suit in the driver's seat, according to a new Instagram post. "Starman in Red Roadster," Musk wrote, a reference to the fact that the EV will supposedly be blasting David Bowie's Space Oddity.

SpaceX's pressure spacesuit will eventually be used by astronauts during trips to the International Space Station (ISS) aboard the Crew Dragon Capsule. They'll keep astronauts alive if there's a depressurization or other problem aboard the Dragon, but aren't meant for spacewalks. The launch aboard the Falcon Heavy figures to be the suit's first trip into space, but as with the Roadster, it's likely just for cosmetics and fun, not any serious testing.

The launch is already tricky, with Musk saying at one point that the odds of success were about 50/50. On Saturday, though, SpaceX amped up the degree of difficulty, confirming that it will attempt to land all three of the Falcon Heavy's booster rockets. Two will alight on land at the Kennedy Space Center, and the other will set down on SpaceX's Of Course I still Love You droneship in the Atlantic.

In this article: ElonMusk, FalconHeavy, gear, launch, Roadster, space, Spacesuit, SpaceX, Starman, TL18FALC
All products recommended by Engadget are selected by our editorial team, independent of our parent company. Some of our stories include affiliate links. If you buy something through one of these links, we may earn an affiliate commission.