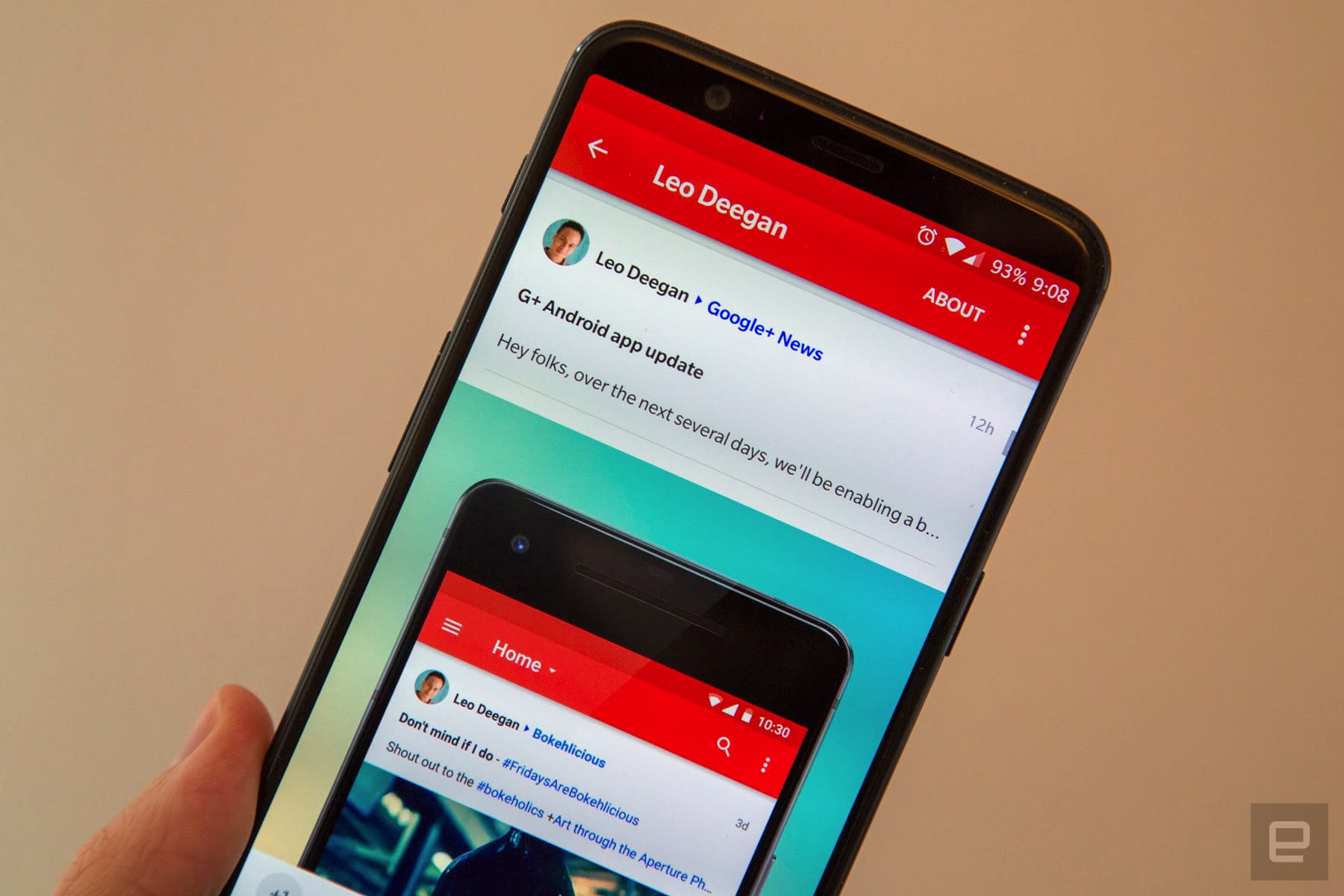 Remember Google+? The search giant's take on a social network, complete with 'Circles' for organising contacts and 'Communities' for connecting with like-minded people? Well the site is still up and running, even if its active user base remains low. If you're a holdout, however, good news — Google is working on a "brand new" version of the Google+ app for Android devices. Though it "closely resembles" the current app, the underlying rewrite means the team should be able to build new features "on a modern tech stack." That's according to Leo Deegan, anyway, an engineering manager for the Google+ team, who explained the changes in a public post.

The update will roll out "over the next several days" and includes some subtle tweaks, such as improved scrolling, a redesigned lightbox and a new animation for comment options. If all of that sounds tame to you ... that's because it is. But maybe, just maybe, this is a precursor to some larger, more meaningful changes. It's unlikely that Google+ will ever rise up and match Twitter and Facebook's influence. But if Google can carve out a corner of the internet that's free from spam, harassment and everything else that plagues other social networks — while maintaining a half-modern design and feature set — that's something we should all be interested in.

In this article: Android, App, AppUpdate, gear, google, Google+, GooglePlus, internet, services, SocialNetwork, SocialNetworking
All products recommended by Engadget are selected by our editorial team, independent of our parent company. Some of our stories include affiliate links. If you buy something through one of these links, we may earn an affiliate commission.