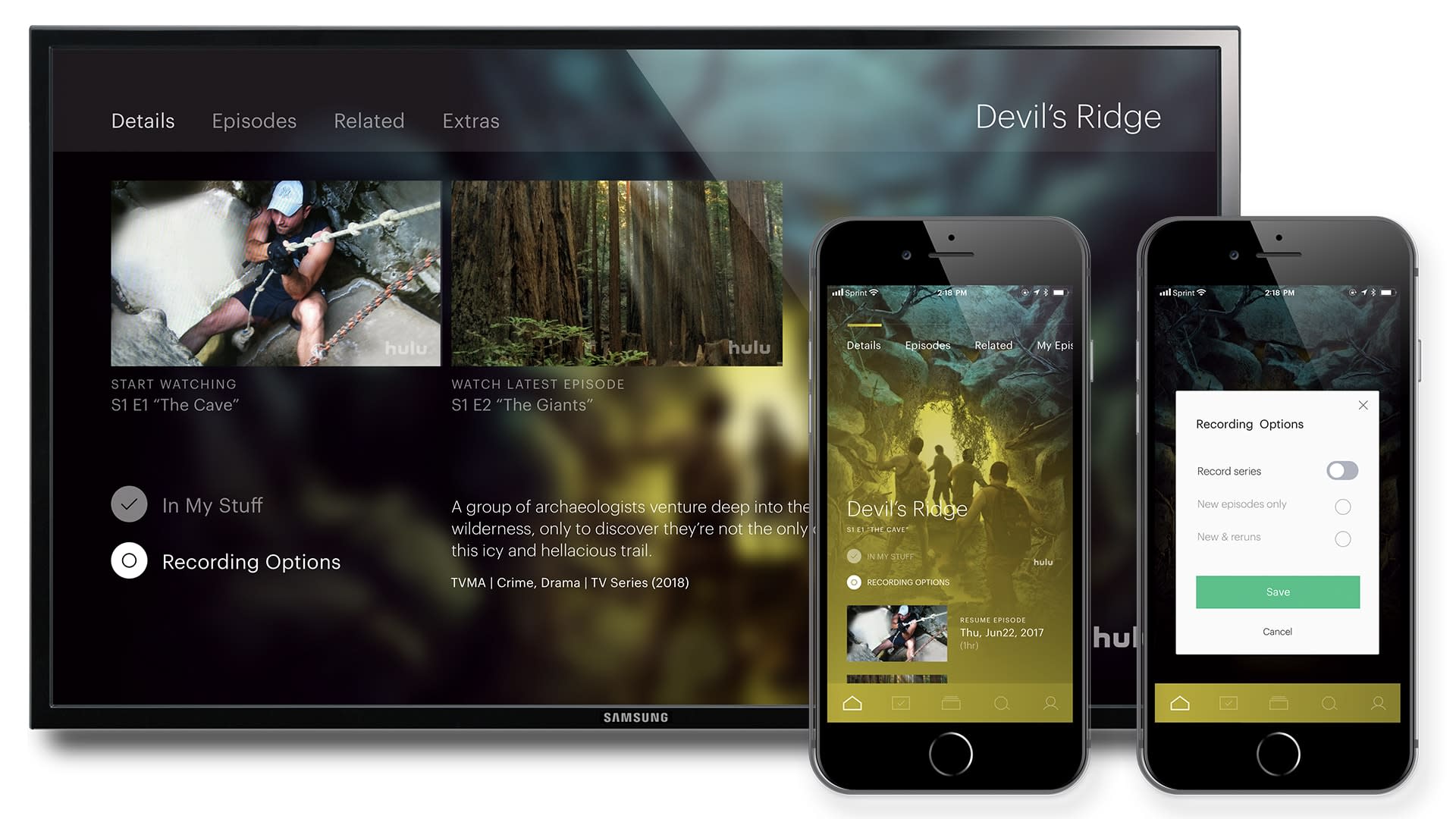 Along with 60fps support and some new options for Olympic viewing, Hulu is also improving its cloud DVR. Mimicking other DVR platforms, now Hulu TV subscribers will have more choices of what to record when they add a show to "My Stuff" for automatic recording. Instead of simply recording new episodes, viewers can tell it to stash reruns too, or just bookmark the show without recording episodes at all. For shows already in MY Stuff, users can go in and adjust the settings as they prefer. The new feature is rolling out on iOS, Apple TV (4th gen.), Xbox, Amazon Fire TV devices, Nintendo Switch and 2017 Samsung Smart TVs now, with other devices coming soon.

In this article: av, dvr, entertainment, hulu, internettv, livetv, streaming
All products recommended by Engadget are selected by our editorial team, independent of our parent company. Some of our stories include affiliate links. If you buy something through one of these links, we may earn an affiliate commission.