Thermal cameras could be key to safer self-driving vehicles

The typical self-driving prototype is outfitted with a barrage of sensors, from cameras to LiDAR and radar to ultrasonic sensors. All of these are watching the road, other vehicles, pedestrians and, frankly, anything that could disrupt a leisurely drive. But are all of these eyes on the roadway enough? Adasky doesn't think so.

The Israeli startup is only a few months old, but it's already built a thermal camera for a demo vehicle I had a chance to ride in. The device passively collects thermal data from the world, then converts it into a high-resolution video that the company drops into its computer-vision system. Then whatever it sees is classified as a car, person, animal, road and so on.

That's pretty much how other sensors work, too, but during the demo, it became clear that the system could see and classify items that could be difficult to parse with the typical cameras on an autonomous car. The in-car monitor showed and classified people and animals based on their thermal signature. Even if a system like this can't immediately determine something it sees is a person, the heat signature would at least show that it's probably alive.

While a camera and LiDAR could have seen these things as well, in the sunny Las Vegas weather it was easy to imagine them getting lost in fog, dust and even direct sunlight with those vision-based sensors. Being able to see the difference in temperature, even on things like the road, is important.

For folks that drive in areas where black ice (ice on the road that's invisible to drivers) is a problem, the Adasky system would be able to see the slick surface so the car could adjust its path. 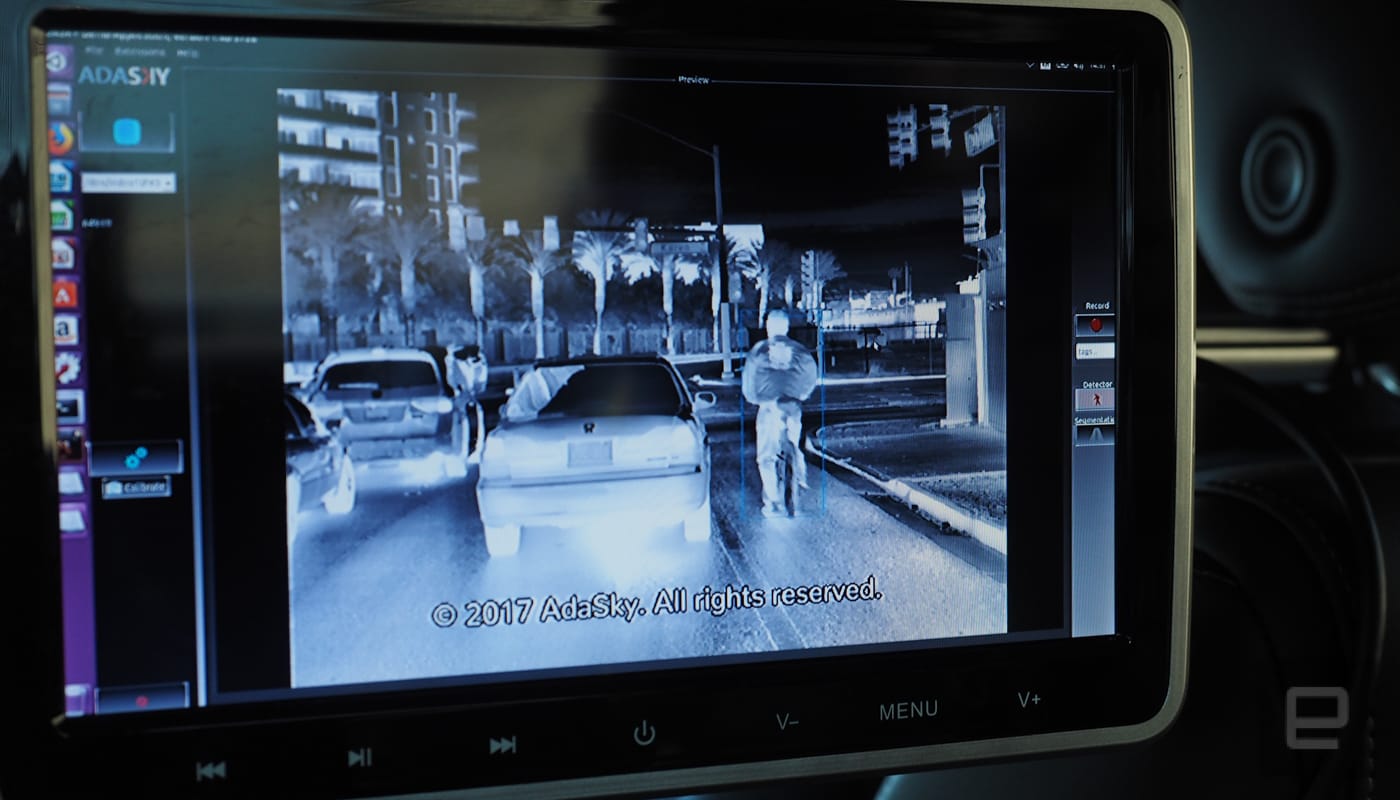 The team behind Adasky is using its years of experience developing thermal cameras for the military to make the leap into automobiles. Considering how often armed forces use thermal imaging for drones, manned vehicles and on-the-ground troops, it's a good background to have.

Whether or not automakers are keen to add another sensor to self-driving cars of the future is yet to be seen. The companies would have to add another device to their cars. But more importantly, they would have to ingest and crunch even more data than what's already being done. That means faster processors, quicker in-vehicle network speeds and more storage, plus figuring out how to make it all work together. But Adasky makes a compelling argument that heat could be another way cars understand the world and determine whether or not the blob up ahead is a human in a coat or trash bag blowing into the street. Because spotting the difference is incredibly important.