Mercedes drove around the globe to train its autonomous cars

It takes a village err.. planet to raise a self-driving car.

On a rainy September day in Frankfurt Germany, Mercedes-Benz executives and I got in a specially built semi-automated S-Class to track our drive to Stuttgart. It was the first leg in a five-month, five continent training of the automaker's self-driving system called the Intelligent World Drive that ended at CES earlier this month.

It's easy to forget that road laws and regulations differ not only in other countries but even within the United States. While Californians are used to right-turns on red lights and motorcycles lane splitting on the highway, in other places, both of those are not only frowned upon, they're illegal.

That means automakers not only have to learn the local laws of each region but the driving habits of the people in those areas plus varying signage and road markings. Mercedes-Benz decided to hit five continents to discover and log those differences. Germany was the first step, but it also traveled to Shanghai, Melbourne, Cape Town and finally Los Angeles and Las Vegas. 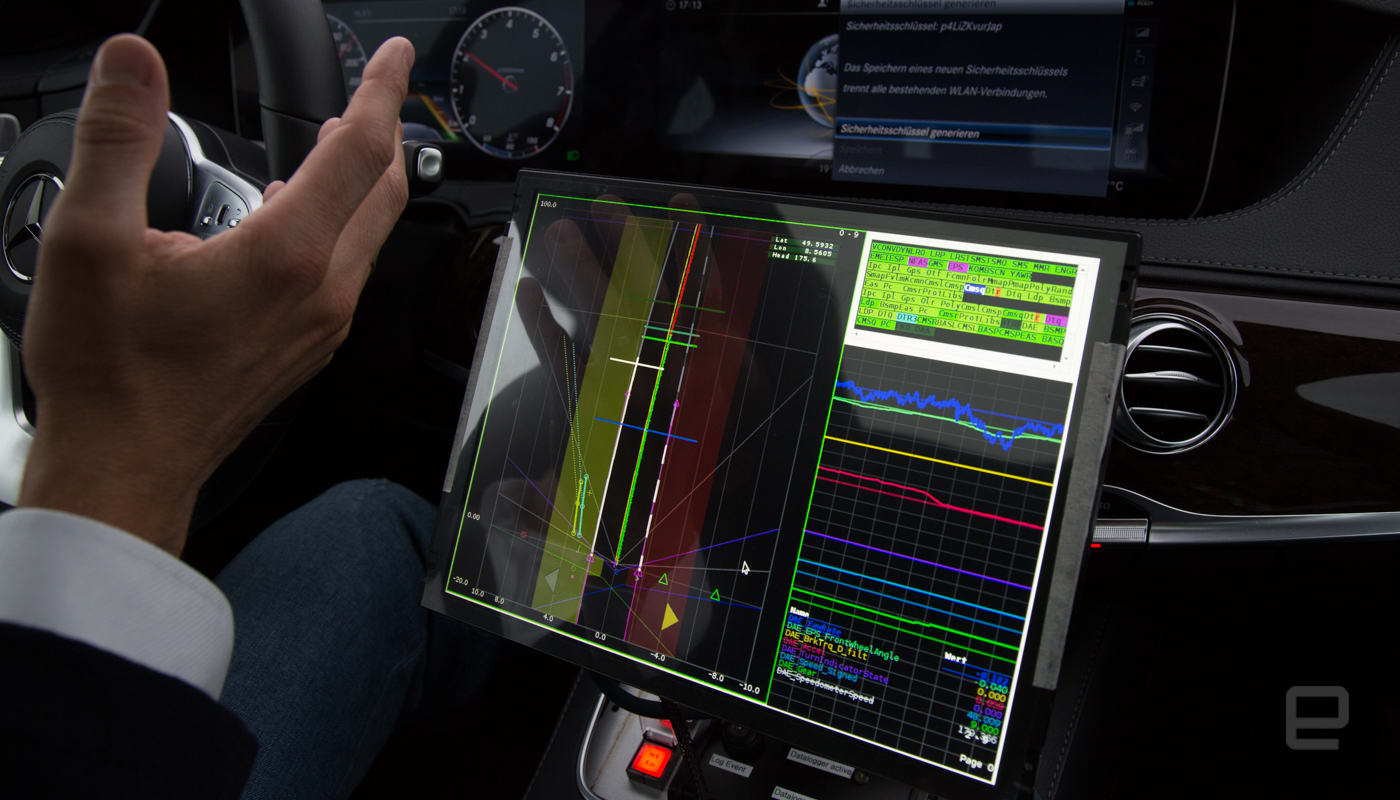 The automaker's custom-built S-Class included additional cameras, a trunk full of computer equipment (to collect data from the drives) and an in-car display showing how the vehicle sees the world. As the team drove the car, it logged specific challenges on its own but the driver and co-pilot could manually log new, odd, or surprising situations. During its trip around the world, they found more than enough of those.

For example, in China, the team encountered what the car (and anyone used to driving in Europe and the US) thought were pedestrian crosswalks on the highway. The markings are actually to help drivers keep a safe distance between them and the vehicle in front. Shanghai's countdown traffic lights and elaborate traffic signs were also something that the automaker realized it needs to address if it wants to put an autonomous car in that market.

In Melbourne, Australia, (where they drive on the left side of the road) Mercedes came across the slightly confusing "hook turn" where the car turns right from the left-most lane. It involves moving slightly out of your lane then watching the traffic light of perpendicular traffic. That's a tough maneuver for a human, but for a computer-controlled car, the number of variables it would have to consider make it nearly impossible with the tech that's available now.

In South Africa, sand on the roads covering lane markers was fodder for the team's research. It's an important piece of data that illustrates how important high-quality maps are to self-driving cars. The narrow, cobbled roads of some Cape Town neighborhoods also presented the car with new data.

Finally, it was off to the United States where the company was hoping to gather data about our large highways and the traffic that fills those roads. Starting in Los Angeles where gridlock is a part of daily life, the team encountered a sign they found unusual, but the average Californian wouldn't think twice about. A 20 mile per hour sign for when "children are present." It seems a simple enough rule, you're near a school and when it's in session, you slow down. But the variables surrounding that are incredibly complex.

For example, the car needs to know about school zones. It has to know when school is in session. It has to know about holidays. It needs to understand where that zone begins and ends. It has to take into account what time children arrive at and leave school. What if there's an after-school event, should the car slow down then? What if there are kids at the school during the weekend? What are the local laws governing all these situations and are they different from town to town, district to district, county to county, and state to state? "Sometimes the rules are not really deterministic so you need to somehow interpret them," Christoph Von Hugo, head of active safety for Daimler AG said.

That's all for a single sign in one country. It illustrates the need for automakers like Mercedes to not only conduct these types of fact-finding missions but also work closely with regional lawmakers. While companies brag they'll have autonomous cars on the road in the next few years, the amount of work that goes into training these systems in places beyond an automaker or tech giant's headquarters is extremely important. There is no one-size-fits-all when it comes to driving. 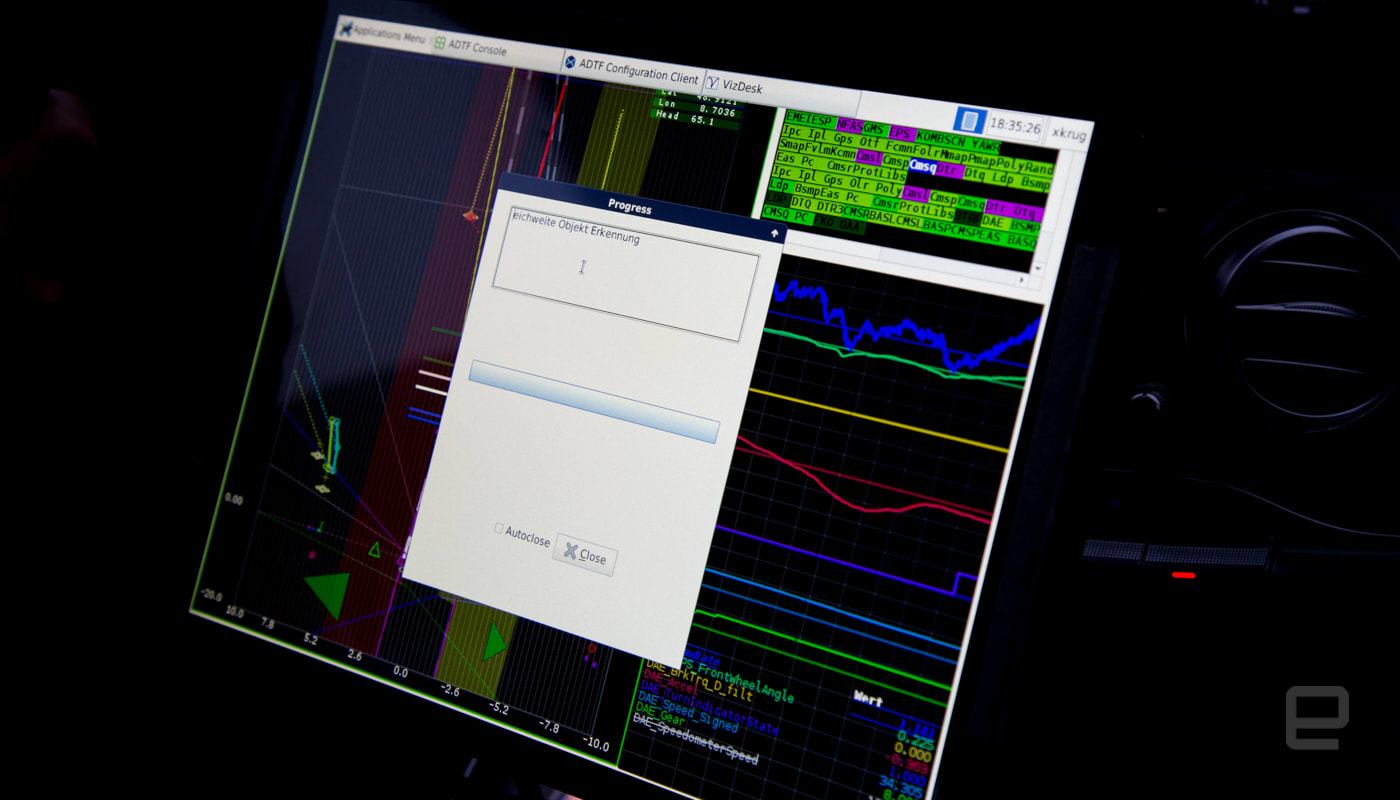 In Las Vegas, Von Hugo took me on my second ride in the modified S-Class. In Germany he piloted the car to Stuttgart and during that drive, it rained heavily, we encountered construction, traffic, and cars cut us off a few times. He happily logged these events into the system. Now, near the convention center that housed CES, the drive was less about compiling data and more about what they learned. "Some of the situations -- even if you knew them beforehand -- seen through the eyes of an autonomous car, they suddenly become, different, more relevant. Maybe even frightening," he said.

He and the rest of his team will take the giant pile of data, toss out what's not relevant and study everything else. The company is far from ready to deploy fully autonomous cars that understand all aspects of the road in any region, but this drive has given it a base level of information.

Meanwhile, Mercedes offices in all these countries will continue to work on their location. To fine-tune how a car would react to things like pedestrians on the highway at night, sand on the road, determining who goes first at a four-way stop and reading street signs that sometimes don't tell the whole story. 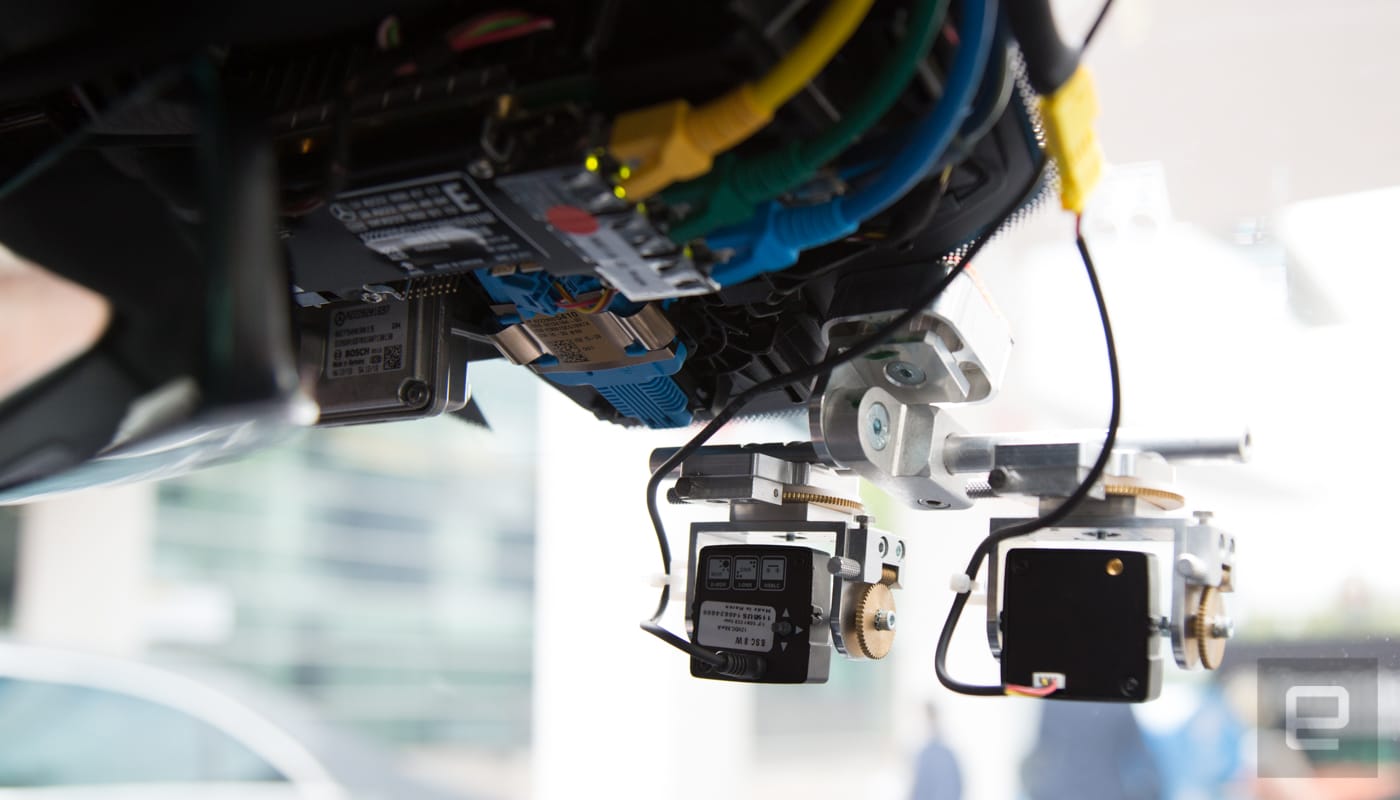 Von Hugo said not to expect another big around-the-world drive from the automaker, "I hope that we don't really need to do it again this way. But that certainly doesn't mean that we won't hit the road anymore with test vehicles."

The self-driving car is going to take time, research and a whole lot of driving in countries all over the world because I don't drive the same way someone in Australia drives and our future self-driving probably won't either.