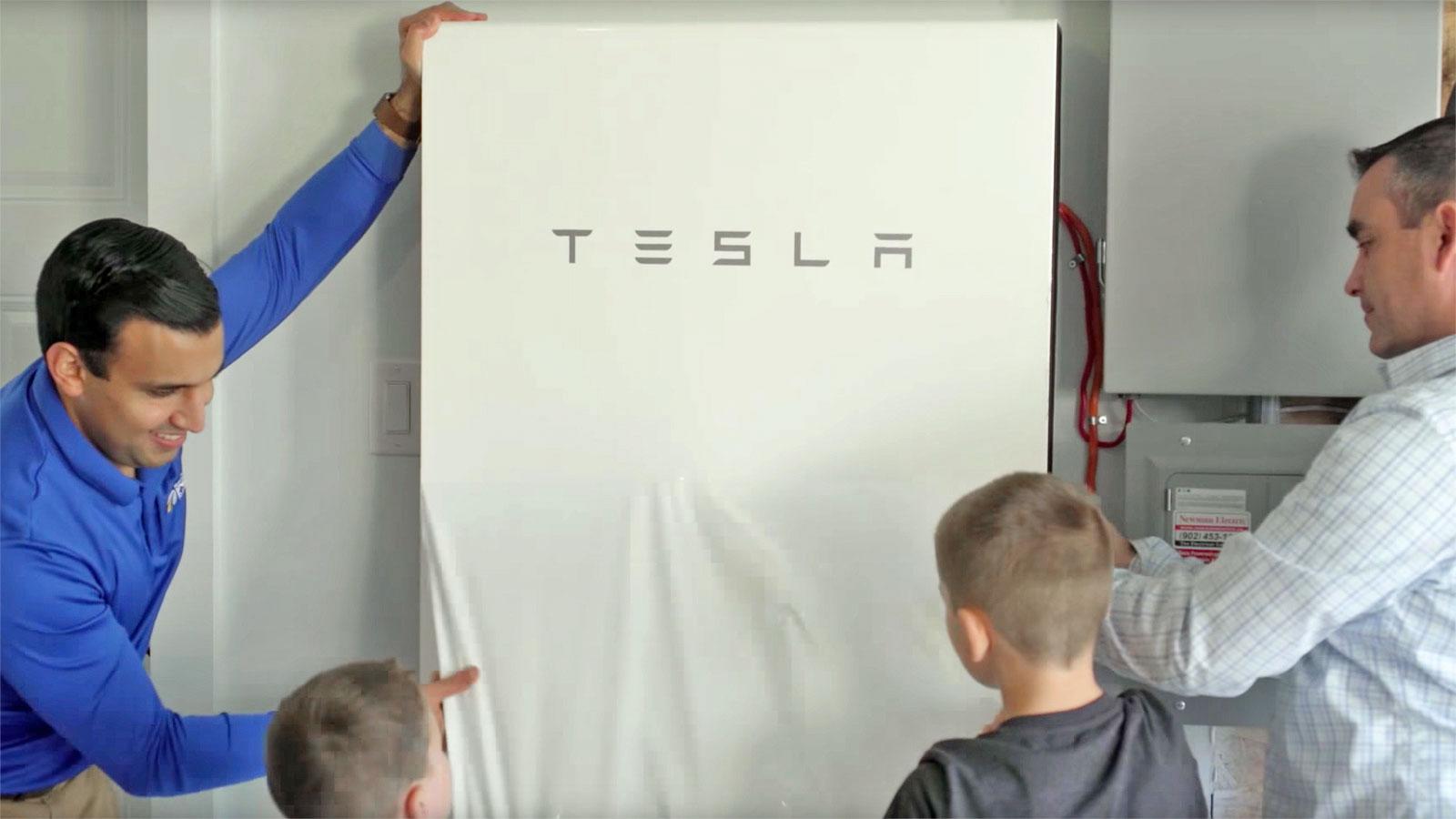 Tesla's experiments with smart power grids are headed further North. Canada's Nova Scotia Power recently finished setting up a pilot project that will use a combination of Tesla's Powerwall 2 home batteries and utility-grade Powerpack batteries to create a more reliable wind power system. The Elmsdale-based Intelligent Feeder Project fills gaps in the electrical grid by topping up the Powerpacks whenever a nearby wind turbine system generates excess power, and delivering that stored energy to local homes (including those with Powerwall 2 batteries) when there's an outage or the turbine system falls short.

The test run (which is partly backed by Canada's federal government) should go live before the end of February and will last until 2019, although the Powerpacks will remain after everything is over. Whether or not it expands to other locations depends on Nova Scotia Power, of course -- it's watching closely to see how well the Tesla hardware helps both residents and its bottom line.

This isn't exactly a grandiose experiment when the Elmsdale battery station will serve a modest 300 homes, and only 10 customers have Powerwall 2 batteries. However, it shows gathering worldwide interest in storage batteries like Tesla's as a way of stabilizing power. And the Canadian pilot in particular could show the future of electricity for rural communities. They might not be quite so dependent on distant power grids, and won't have to worry quite so much about blackouts.

In this article: canada, energy, environment, gear, green, novascotia, novascotiapower, power, powerpack, powerwall, powerwall2, tesla, video, windpower
All products recommended by Engadget are selected by our editorial team, independent of our parent company. Some of our stories include affiliate links. If you buy something through one of these links, we may earn an affiliate commission.