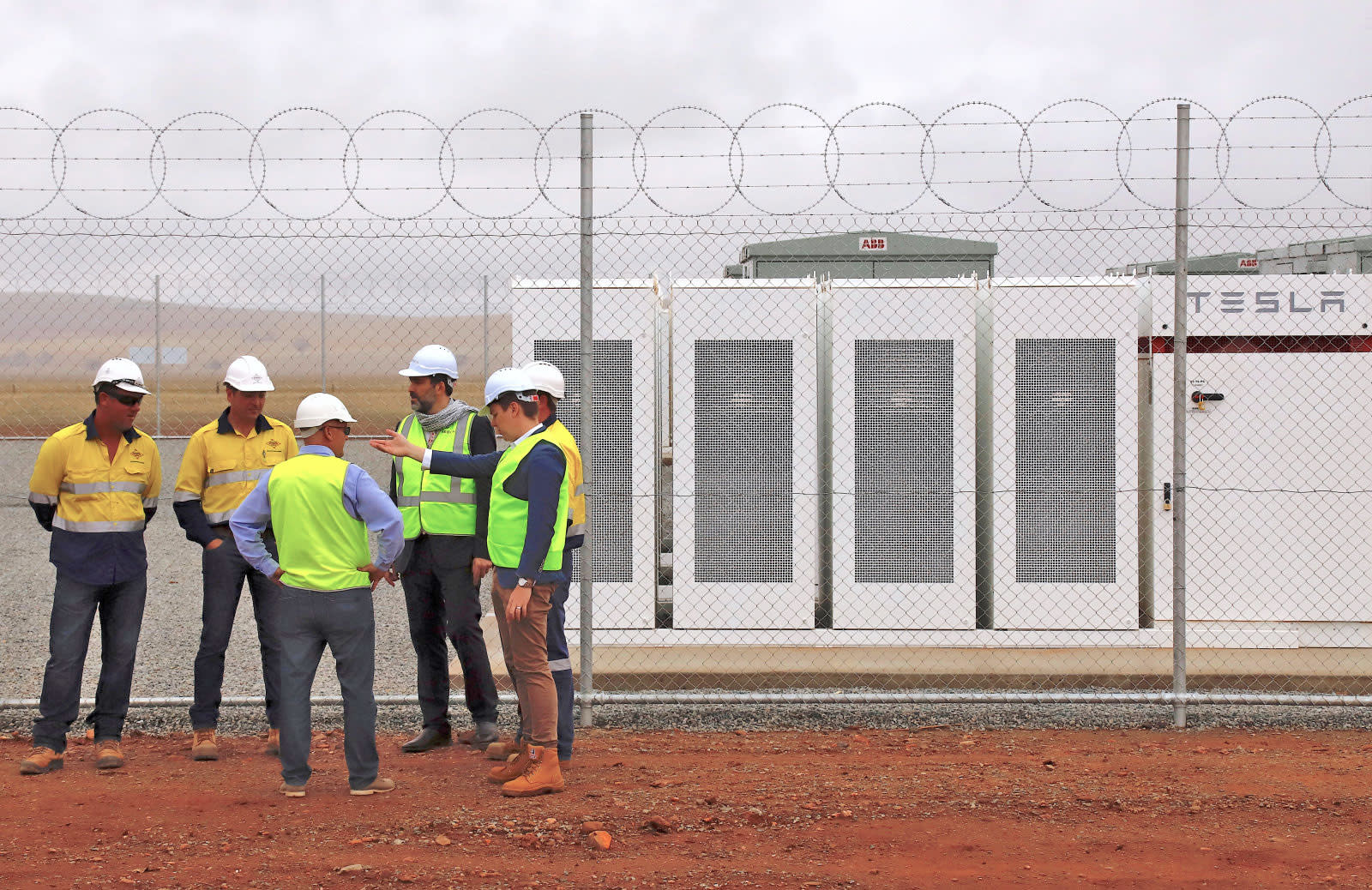 Tesla isn't done bolstering Australia's power grid just because its giant battery farm is up and running. South Australia premier Jay Weatherill has unveiled a partnership that will provide 5kW solar panels and Tesla Powerwall 2 batteries to "at least" 50,000 homes in a bid to create the largest-ever "virtual power plant," where homes contribute their surplus energy to the grid. The move will theoretically stabilize the Australian state's electricity infrastructure, reducing the blackouts and surging prices that have plagued the region in recent times.

The initiative will start with a trial in 1,100 public housing homes. The panels and batteries won't carry any up-front charge for the participating households, South Australia said -- instead, it'll be funded both through selling electricity as well as through government funds. Officials will provide both a $2 million Australian ($1.6 million US) grant as well as a $30 million Australian ($23.8 million US) loan from the state's Renewable Technology Funds.

Provided the effort goes forward as planned, it could provide more reliable power in an area where nearly half of electricity comes from wind farms. The government has also provided estimates showing that it could lower power bills by 30 percent for those who sign up. However, the timing is more than a little convenient. South Australia is holding its next election on March 17th, and Australian Prime Minister Malcolm Turnbull has been attacking Weatherill's strategy as a "reckless" experiment that led to out-of-control energy costs. The Tesla partnership is clearly meant to counter that kind of criticism -- Weatherill can point to the hoped-for improvements and claim that South Australia is on the right path.

In this article: australia, energy, gear, green, homebattery, homeenergy, powergrid, powerwall, powerwall2, solar, solarpower, tesla
All products recommended by Engadget are selected by our editorial team, independent of our parent company. Some of our stories include affiliate links. If you buy something through one of these links, we may earn an affiliate commission.