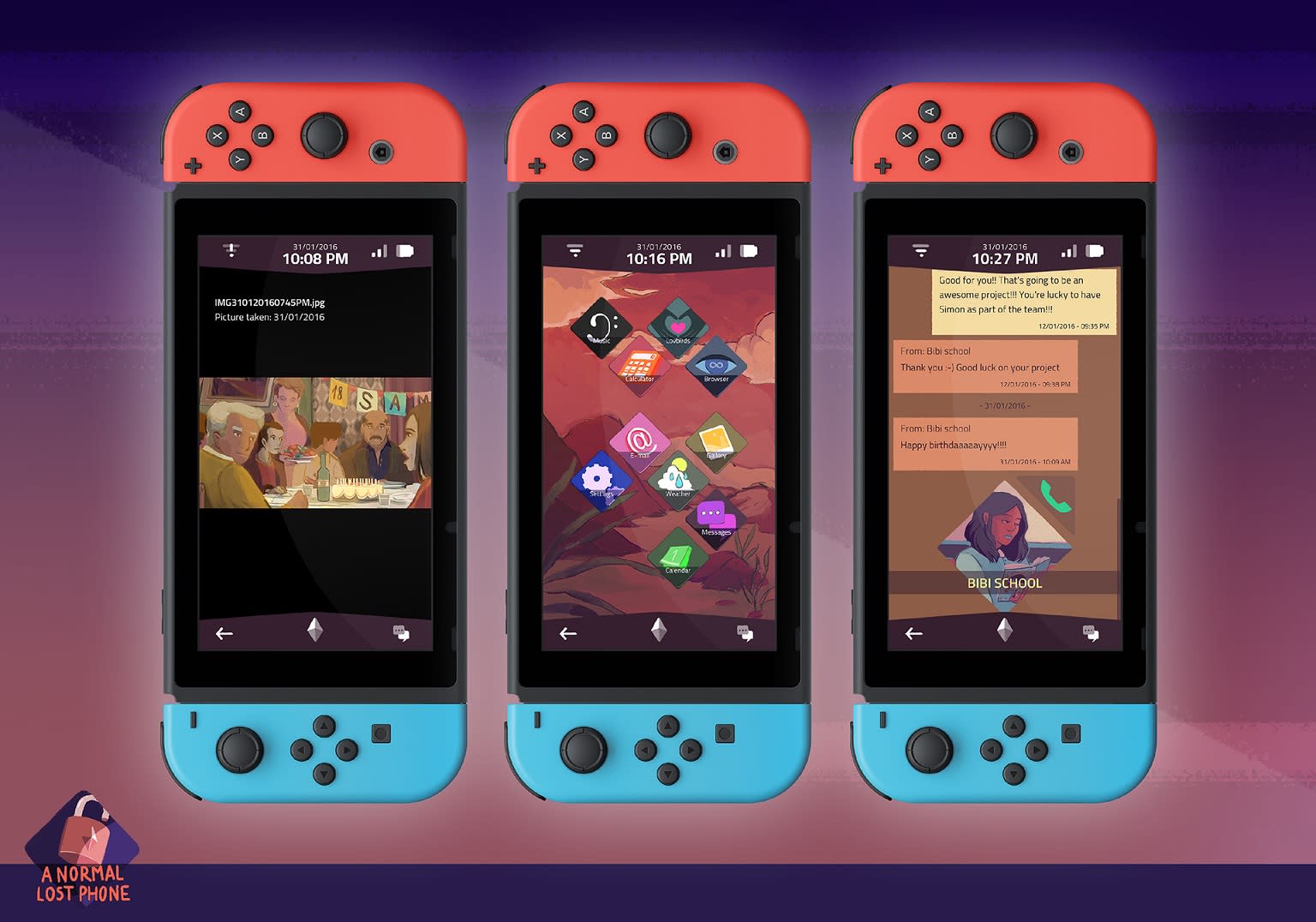 A Normal Lost Phone is the kind of indie game that seizes a tricky niche (mobile gaming) and leans into the form factor for a unique experience -- a Gone Home or Life Is Strange that takes place entirely within a mock phone interface. The game will lose that skeuomorphic novelty when it arrives on Nintendo Switch on March 1st, but will be able to reach players on a console increasingly known for indie titles.

Like other character-driven games, A Normal Lost Phone is best explored without spoilers. But some critics felt the central conceit -- picking up a stranger's phone, poking around their texts and photos and then sending personal information to other characters -- presented ethical challenges.

The game aims to deliver a unique LGBTQ narrative, and the team received developmental input from members of that community. But it was criticized for forcing the player to expose details about its queer central character without their permission, a serious breach of privacy during a deeply personal process.

But if you want to explore "A relatable story that helps build empathy with the characters, which allows difficult topics to be explored," as the game is described, it will arrive in the Nintendo eShop on March 1st.

In this article: anormallostphone, av, gaming, nintendo, nintendoswitch, switch
All products recommended by Engadget are selected by our editorial team, independent of our parent company. Some of our stories include affiliate links. If you buy something through one of these links, we may earn an affiliate commission.