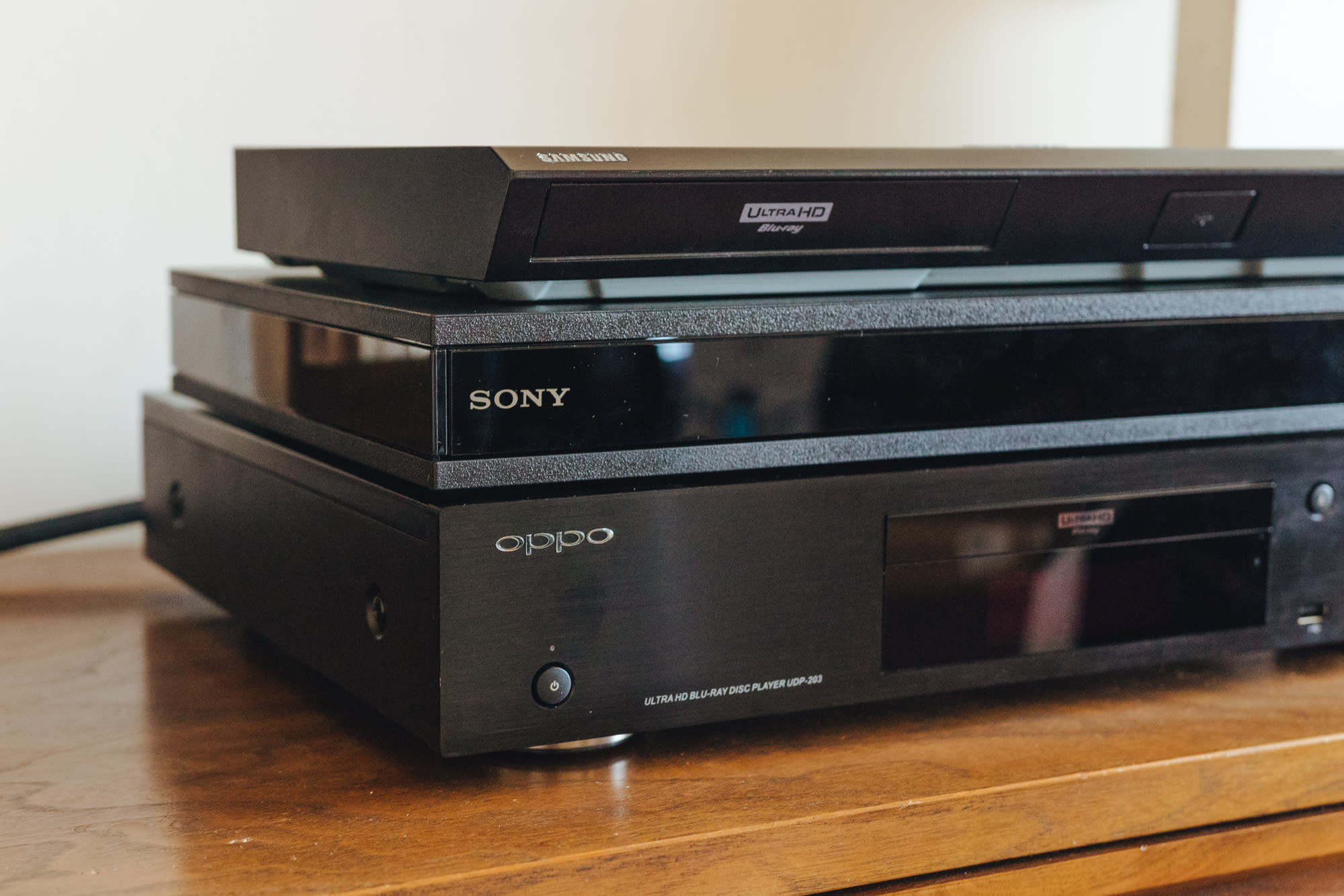 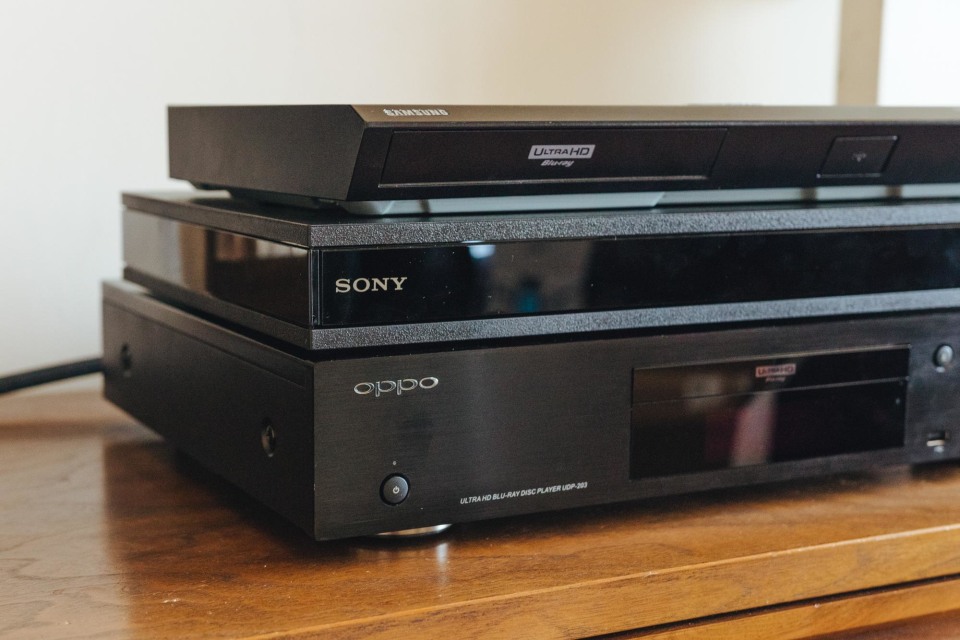 After researching every currently available 4K Blu-ray player, and spending more than 20 hours testing the features and performance of six contenders, we're sure that the Sony UBP-X800 is the best for most people. All the players we tested had indistinguishable 4K disc performance, but the Sony's disc-loading speed, snappy menus, and superior 4K upscaling of DVDs and non-4K Blu-rays set it apart from the pack.

Why buy a 4K Blu-ray player

If you have a TV that can show off 4K resolution with true HDR and wide color gamut support, 4K Blu-ray discs will outperform any video you've watched at home and look more dynamic and colorful than what you'll see in almost any movie theater. Although the majority of 4K video content comes from streaming services, 4K Ultra HD Blu-ray discs offer the highest video quality you can get at home today. A Netflix 4K HDR stream has a maximum speed of 15.6 megabits per second (Mb/s), while a 4K Blu-ray can average 100 Mb/s. This means more fine detail, less compression, fewer artifacts, and a better-looking image. Most 4K Blu-rays also contain lossless Dolby Atmos or DTS:X soundtracks, providing better audio quality than any streaming service. Right now there are only a handful of 4K Blu-ray players on the market. We evaluated what was available and called in almost every player we could. All the players included must-have features like dual HDMI outputs so that you can use them with older receivers that can't pass 4K signals by passing audio to the receiver and video directly to the TV.

We tested the players using Samsung MU8000 LCD and Sony A1E OLED TVs. When we needed to test Dolby Vision, we used the Vizio P65-C1 that was our pick for best TV in 2016. Each TV was calibrated to be as accurate as possible, so we could see exactly what the disc was outputting on the screen.

Unfortunately, measurement hardware and software to ensure that each player is objectively outputting the correct data isn't currently available. In lieu of objective measurements, we used multiple copies of the same UHD disc in different players plugged into the same TV (using different HDMI inputs). This allowed us to compare still images sourced from each player side by side.

Our testing showed that all players look identical when displaying 4K footage, as long as you leave them in their standard image mode. If there were small differences, we didn't notice them, and we don't think you will either. However, picture performance differed noticeably when playing back non-4K Blu-ray and DVD discs, so we focused much of our evaluation on the ability to upconvert legacy formats to 4K resolution. The Sony does a better job scaling HD and SD content to 4K resolution than other players, which is important because there are a whole lot more non-4K discs than 4K ones. In comparison with the other 4K players, the Sony produced smoother curves, more readable text, less shimmer, and fewer edge enhancement artifacts with DVD and Blu-ray content.

Using the Sony UBP-X800 is easy, with settings clearly labeled to explain what they do. The main screen gives you a selection of all the source options. Everything is right up front so you don't need to hunt around in hidden submenus. However, the menus themselves aren't displayed in 4K, so they look softer and display less information than on competing players. If our main pick isn't available, the Samsung UBD-M8500 is a good alternative. It offers the same quality playback for 4K Blu-ray discs, a good section of streaming content, and an improved user interface that takes full advantage of the high resolution of 4K. The remote is small but easy to use and fits nicely in your hand, although like the Sony, it requires line of sight to work because it uses IR and not RF.

However, the Samsung's upscaling of DVD and Blu-ray discs produces more artifacts and more jagged-looking curves compared with the Sony. It also doesn't support playing 3D Blu-ray discs. This won't matter to most people, but it will make it a worse choice for those with a library of those titles. If you want even better looking upscaling of DVD and Blu-ray discs, or want Dolby Vision support and are willing to pay for it, the Oppo UDP-203 is the best 4K Blu-ray player available. It outdoes the competition by scaling lower-resolution video with fewer artifacts. It also offers an analog audio output if you need it for an older system that can't handle audio over HDMI. However, it lacks any streaming service support, so you'll need an additional 4K media player in your system. The UDP-203 also costs far more than any other player tested and, to our eyes, looks the same when playing 4K UHD discs.

If you need Dolby Vision or want the best player overall, the Oppo UDP-203 is it, but for most people paying two to three times as much for it compared with our main pick won't be worth it. Although, Oppo does offer excellent service and support for its products if you do decide to invest, with a stronger warranty than Sony or Samsung.

In this article: 4kblu-ray, av, Blu-rayPlayer, gear, oppo, partner, samsung, sony, syndicated, thewirecutter, wirecutter
All products recommended by Engadget are selected by our editorial team, independent of our parent company. Some of our stories include affiliate links. If you buy something through one of these links, we may earn an affiliate commission.