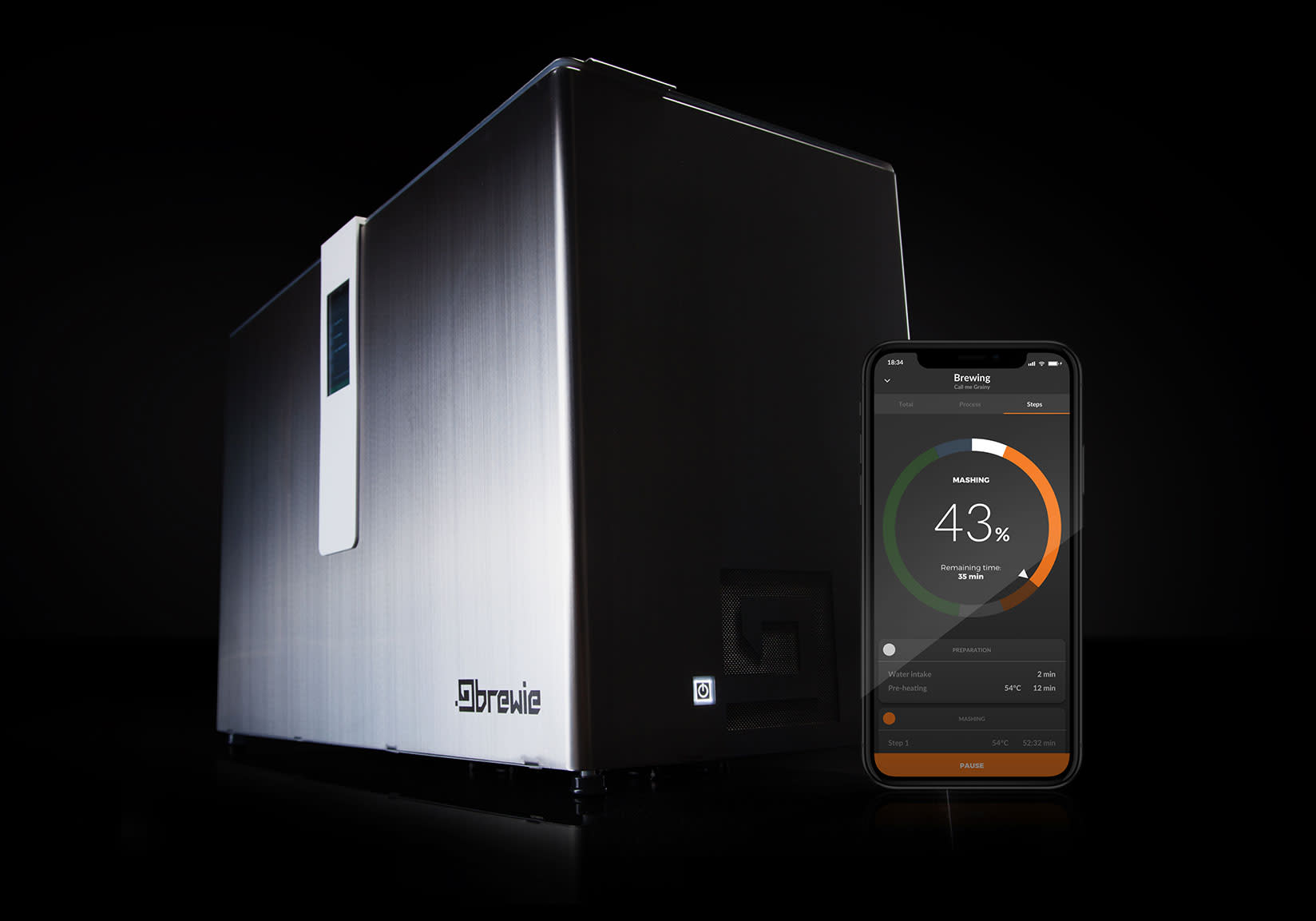 Over the last few years, we've seen a number of automated homebrew machines promise easy beer making for homebrewers of all skill levels. Some of them offer the freedom of using loose grains and hops, while others rely on pre-packaged ingredients straight from the company. Brewie falls into the former category and the company is back with a follow-up to the machine it first debuted back in 2014. The new device, dubbed the Brewie+, has been retooled to make the unit faster and the brewing process more efficient.

The company says it upgraded the parts inside the Brewie+ (things like replacing pumps and heating elements, for example), a change that shaved almost an hour off of the machine's total brew time. There are also new sensors that should make calibration less of a headache. Brewie says that before now, the machine was quite sensitive to what surface it was sitting on -- an issue that could be frustrating when trying to setup the unit. The Brewie+ also has double the RAM of the previous model to boost the performance of the on-board interface that controls the whole process and allows you to select recipes or input your own.

Of course, the real hook here is that you can use whatever grains and hops you like with this machine. PicoBrew, for example, offers the same, but that company also has two models that rely entirely on its PicoPaks for brewing. And those ingredient packs have to be purchased almost exclusively online and shipped. Brewie also offers pre-packed ingredients (Brewie Pads), but you don't have to use those in order to make beer with its brewing appliances. Brewie is also working on an app that will allow you to monitor and control its devices remotely, including the previous model (the B20). That software will also let you keep tabs on multiple Brewie units -- should you splurge for more than one.

Speaking of splurging, buying a Brewie requires just that. The new Brewie+ is discounted to $1,799 only on launch (today), but you can expect to pay $2,399 when the introductory period runs out. After today, the price will be set at $1,899 for a limited time. For comparison, PicoBrew's new Z Series starts at $2,500 (currently discounted to $1,499 during pre-orders), but the smallest model there brews 2.5 gallons of beer. The Brewie+ can handle 5-gallon batches (20 liters) at a time. Still, no matter which one you pick, you need to be serious about your homebrew habit before making such a large investment.

In this article: beer, brewie, brewieplus, brewing, food and drink, food-and-drink, foodanddrink, gear, home, homebrew
All products recommended by Engadget are selected by our editorial team, independent of our parent company. Some of our stories include affiliate links. If you buy something through one of these links, we may earn an affiliate commission.