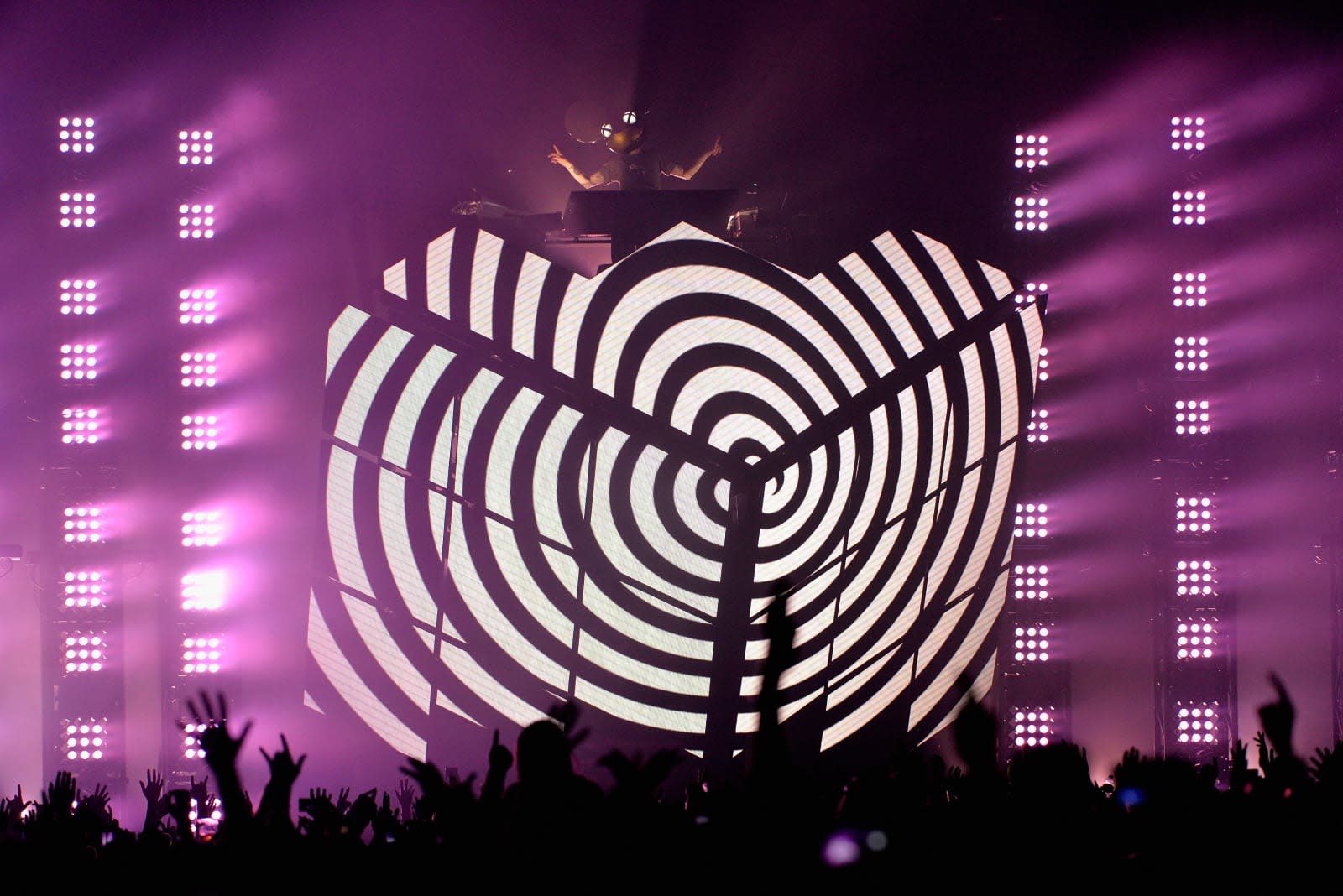 Electronic musician Joel "Deadmau5" Zimmerman is stripping down his sound and adding string instruments to his army of synths for a Tidal-sponsored "Where's the drop?" concert next month. Tidal subscribers can jump in on today's pre-sale, while the general public will be able to buy tickets starting tomorrow. The concert takes place April 1st (no foolin') at Los Angeles' historic Wiltern Theater. In case you forgot, Zimmerman is a one of the service's artist-owners, along with Jay Z, Jack White and Daft Punk.

Can't make it to LA on Easter? The show will be streamed through Tidal that day as well. On the Friday prior (March 30th), Deadmau5 will release a Tidal-exclusive studio album by the same name featuring 17 orchestral reimaginings of his songs. The concept originated during one of the producer's Twitch streams, where Zimmerman met Hollywood composer Gregory Reveret who's handling orchestration duties for the show and album.

Considering how much the producer leans on high-tech production for his stage shows and recording -- like mixing his most recent album for Dolby Atmos -- it'll be interesting to see and hear how this differs from the typical Deadmau5 experience. Here's to hoping it's less like Metallica's S&M album and more along the lines of... well, we'll get back to you on that.

As an added bonus for new subscribers, something Tidal desperately needs to stay afloat, if you're signing up for the service today just to score pre-sale tickets, you'll get 90 days of streaming for free. With how the streaming service is lagging behind competitors, it'll be interesting to see if stunts like this can attract enough customers to keep the lights on.

In this article: av, deadmau5, entertainment, gregoryreveret, internet, losangeles, orchestra, streamingmusic, symphony, tidal, wheresthedrop, wilterntheater
All products recommended by Engadget are selected by our editorial team, independent of our parent company. Some of our stories include affiliate links. If you buy something through one of these links, we may earn an affiliate commission.