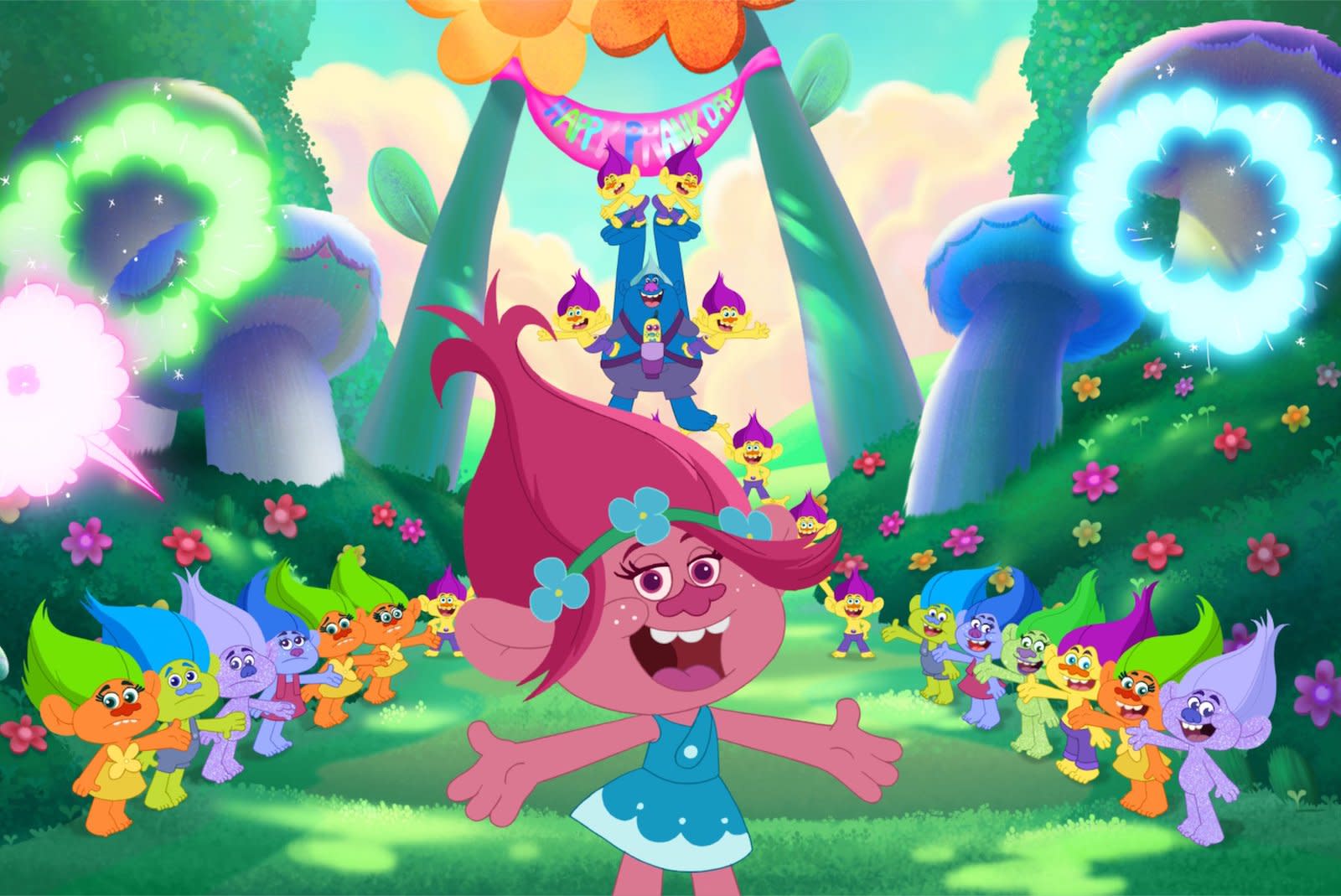 Netflix is currently testing a feature that lets kids collect "patches" for watching shows, Variety reports. Those included in the test see red locks on children's shows that can get them a patch, which they can then earn by watching episodes of those titles. A Series of Unfortunate Events, Trolls: The Beat Goes On and Fuller House are among the titles through which viewers can earn patches. Netflix told us, "We are testing a new feature on select kids titles that introduces collectible items for a more interactive experience, adding an element of fun and providing kids something to talk about and share around the titles they love."

The patches don't actually get you anything -- there's no additional content to be gained from collecting them -- and Netflix sees them more as a way to promote conversation and foster personal interactions between those watching the shows. But naturally, there are concerns that offering a sort of reward for watching TV isn't good for children. Facebook has attracted similar concern recently over its Messenger Kids app, with advocacy groups speaking out over its encouragement of more screen time and social media engagement. Netflix is sure to see some pushback over its feature.

However, for now, patches are just a test and there's no guarantee they'll be rolled out. Netflix said, "We learn by testing and this feature may or may not become part of the Netflix experience."

In this article: av, entertainment, kids, netflix, patches, reward, services, TL18BNG
All products recommended by Engadget are selected by our editorial team, independent of our parent company. Some of our stories include affiliate links. If you buy something through one of these links, we may earn an affiliate commission.