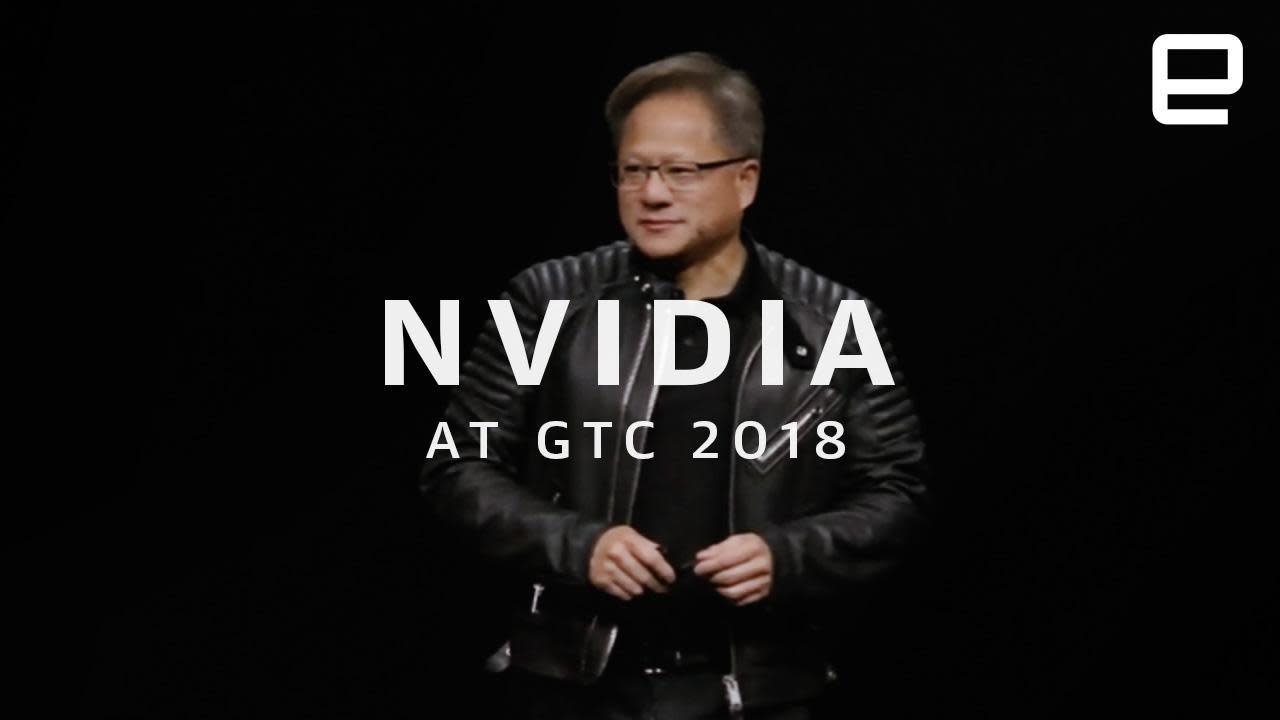 As usual, NVIDIA CEO Jensen Huang revealed a ton of news during his keynote at the company's GPU Technology Conference yesterday. There's the new Quadro GV100 GPU, which is based on NVIDIA's Volta architecture and will power its new RTX ray tracing technology. The company also revealed its Drive Constellation system for testing self-driving cars in virtual reality, which will certainly help now that it's pausing real world testing. Finally, NVIDIA made some major announcements around AI: its new DGX-2 "personal supercomputer" is insanely powerful, and it's also partnering with ARM to bring its deep learning technology into upcoming Trillium mobile chips.

In this article: gadgetry, gadgets, gaming, gear, GTC2018, nvidia, transportation
All products recommended by Engadget are selected by our editorial team, independent of our parent company. Some of our stories include affiliate links. If you buy something through one of these links, we may earn an affiliate commission.