Last week, NVIDIA unveiled its RTX real-time ray tracing technology at GDC. It has the potential to change the way artists and developers work in 3D, by letting them quickly render realistic scenes. The only downside? It was meant for video cards the company still hasn't launched yet. At its GPU Technology Conference (GTC), NVIDIA announced the first GPU that can power RTX, the Quadro GV100. Like the recent $3,000 Titan V, it's a powerhouse card built on the company's next-generation Volta architecture. 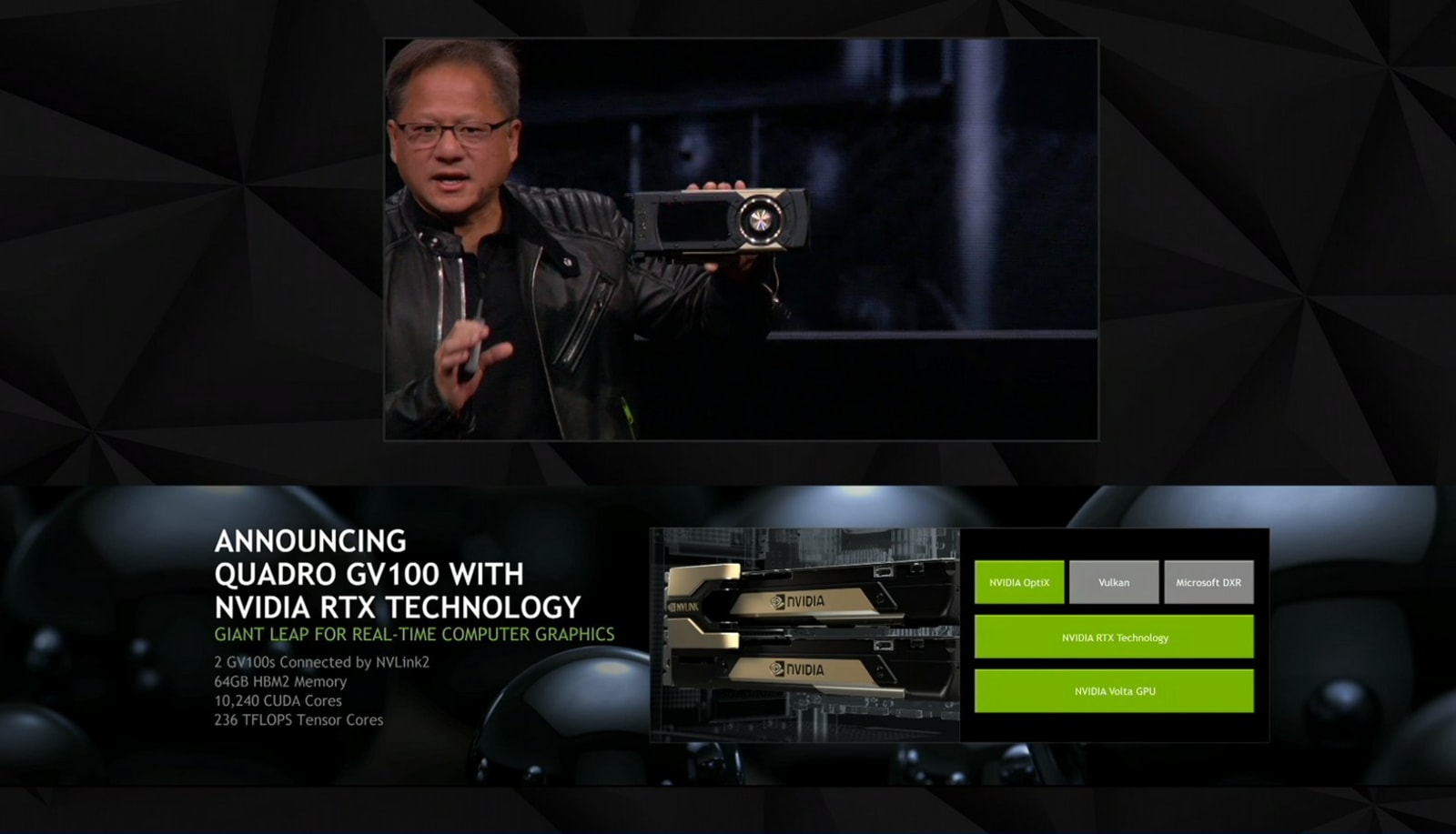 While the GV100 isn't meant for consumers, it's a big step towards bringing NVIDIA's Volta architecture towards more mainstream cards. And it'll be fascinating to see how artists adopt the company's RTX technology. It'll let them create scenes that would previously take hours of rendering work (that's why we distinguish pre-rendered CG from in-engine graphics). The company says major studios like Disney and Industrial Light and Magic are already onboard with RTX. It's the sort of thing that could help avoid rendering flubs, like what we saw in Black Panther.

We have no idea how much the Quadro GV100 will cost yet, but as a measuring guide, the GP100 GPU sold for $7,000. You won't be buying this just to play PUBG. NVIDIA says the GV100 will be available in April.