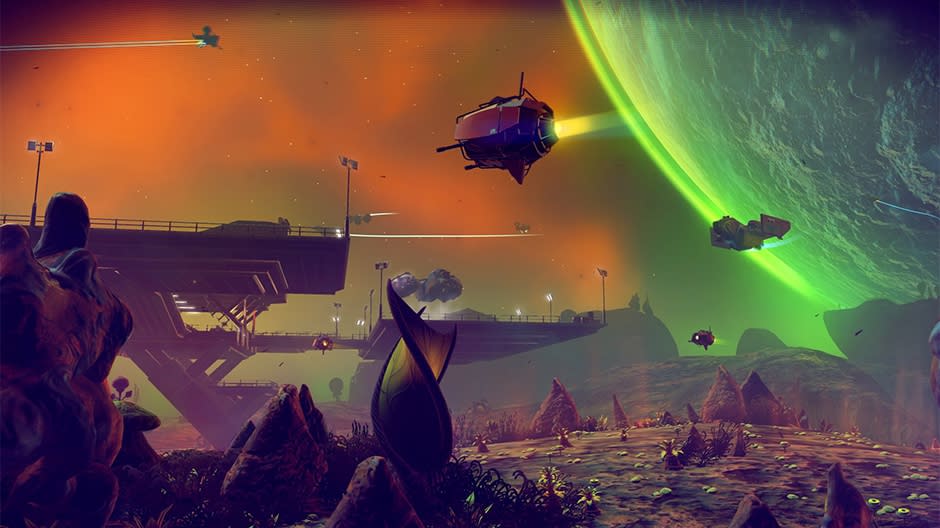 No Man's Sky is coming to Xbox One this summer and it's bringing a massive update, called "Next", with it to PS4 and PC as well. It's so massive, in fact, that it's even got its own logo. There's no word on what it'll include, but previous updates Foundation, Pathfinder and Atlas Rises all drastically built upon the scope of the game, so you can expect significant additions. In a tweet, game founder Sean Murray said Next is "our largest update so far."

Its Xbox One debut includes the initial release and all three major updates since, plus enhancements for Xbox One X and support for HDR and 4K. Fans of the game during its exclusive PC and PS4 days have been vocal about their disappointment with previous updates (which to the credit of developer Hello Games have always been free -- and substantial). Perhaps Next and the roll-out to Xbox will win back some hearts and minds.

Coming in Summer 2018 is No Man's Sky NEXT, a free update for PS4, PC, Xbox and WeGame. It's our largest update so far, and we're working our socks off pic.twitter.com/wZhjaLMbsT

We're excited to announce that @505_Games will distribute the upcoming @Xbox One edition of No Man's Sky, at retail, worldwide!

What's more, @hellogames are working hard on the NEXT step for No Man's Sky, a free update coming 2018... https://t.co/qanpDcb0Xq pic.twitter.com/Flflw1cuLo