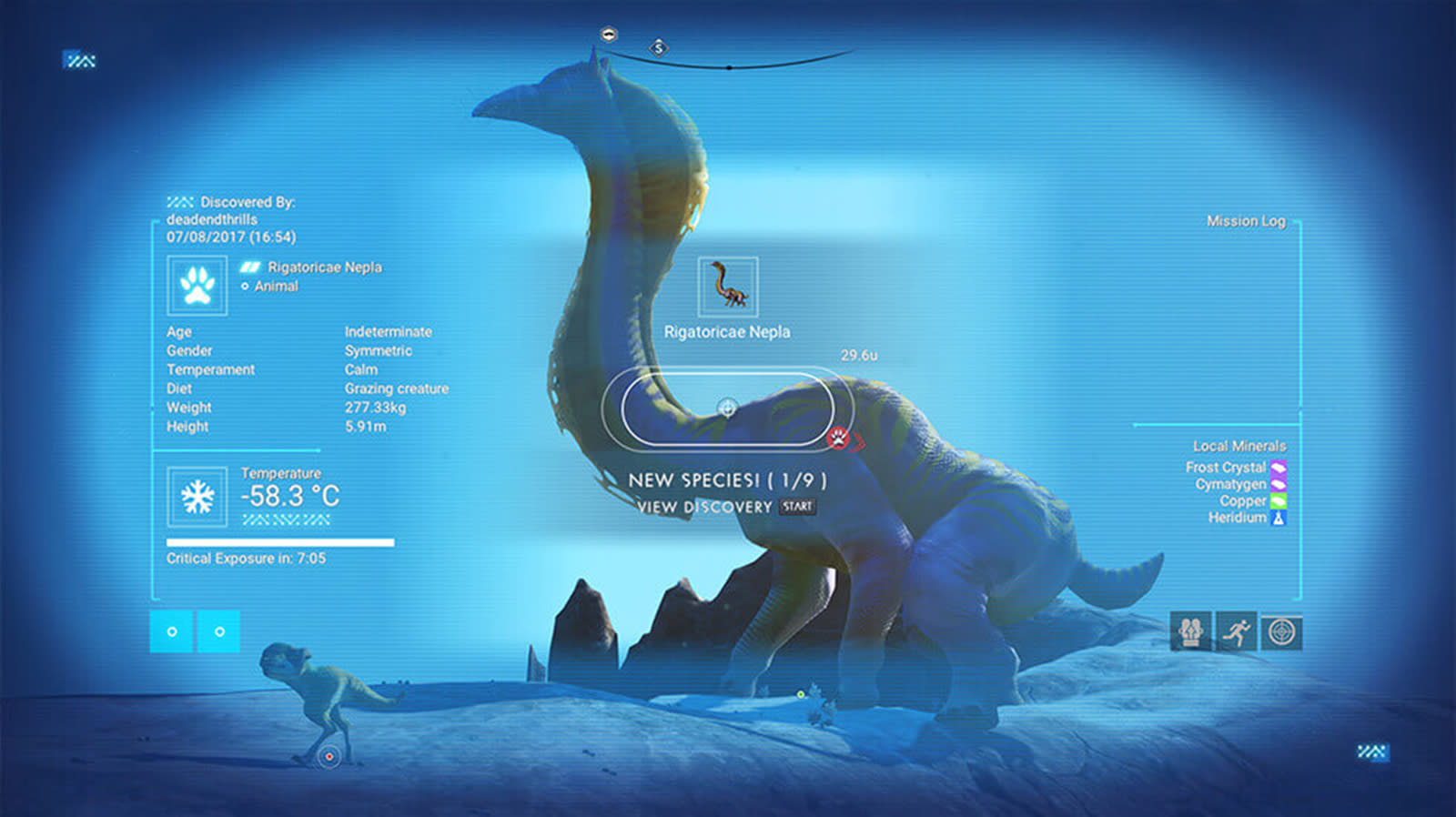 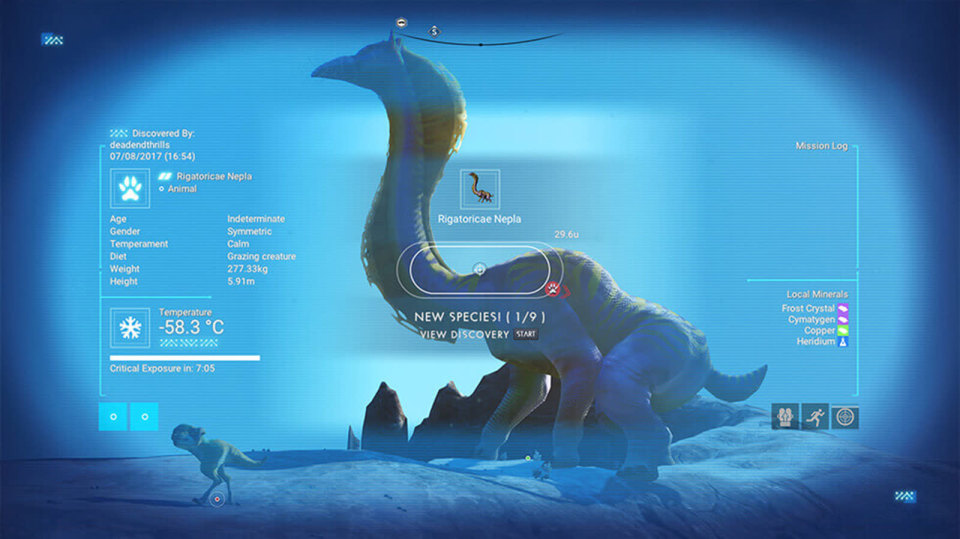 Such was the lack of concrete information as to how the final consumer release of No Man's Sky was going to play, many gamers felt cheated by the distinct absence of multiplayer features. Developer Hello Games has gone some way to giving the people what they've wanted today with the third major update since the title's launch. "Atlas Rises" (aka update 1.3) adds the beginnings of real-time multiplayer to the space exploration game, though admittedly, "interaction with others is currently very limited."

Thanks to the update, up to 16 players can now exist together in the same space. Fellow pilots will appear as floating blue orbs moving about the terrain, and proximity-based voice chat will allow players to plan their next jump together. That's pretty much it, but Hello Games calls it "an important first step into the world of synchronous co-op in No Man's Sky."

Meeting up with other explorers should be a bit easier with the new portal system, which allows players to travel between planets instantly, including to random worlds. Taking a leaf out of Stargate lore, activating a sequence of glyphs on portals can designate specific exit points. Hello Games hopes the community will band together to create something of a database of glyph sequences.

There's a whole, whole lot more to the Atlas Rises update than the aforementioned features, too. There's 30 hours of new storyline gameplay and a new mission system that lets you pick up all kinds of different odd jobs from a forever-updating list. Star systems are now graded with "wealth, economy and conflict levels," giving you more information on desirable destinations (depending on what you're after). There's a new class of ships, new exotic planet types and a new "interdimensional race" to contend with.

Terrain editing is now possible provided you have the appropriate Multi-Tool enhancement, and crashed freighters on the surface of planets serve as new scavenging hotspots. Atlas Rises brings an added level of complexity to the game's trading/crafting mechanics, and improved ship maneuverability, plus a new rocket weapon class, raises the skill cap on space battles. You also have more control of your ship as you cruise a planet's surface now, but beware of crashing into terrain and having to repair your wreck before being able to move on.

Various parts of the user interface have been improved, such as a better inventory management system and more useful Analysis Visor. Several behind-the-scenes tweaks, such as enhanced high-resolution textures and additional audio assets, are also in tow.

Following a huge, sustained wave of hype for No Man's Sky, it ended up being one of the most controversial games in recent history. For many, the title didn't live up to expectations and wasn't the end product that was originally promised. The din of complaint grew so loud, the game was even the subject of an official false advertising investigation.

But to its credit, Hello Games continues to push massive, free updates for the title, such that the game is now very different to what it was initially. Hoping to win back the hearts of disgruntled gamers, Atlas Rises is another olive branch and reaffirmation Hello Games is in it for the long haul.

In this article: atlasrises, atlasrisesupdate, av, games, gaming, hellogames, nomanssky, personal computing, personalcomputing, ps4, ps4pro
All products recommended by Engadget are selected by our editorial team, independent of our parent company. Some of our stories include affiliate links. If you buy something through one of these links, we may earn an affiliate commission.