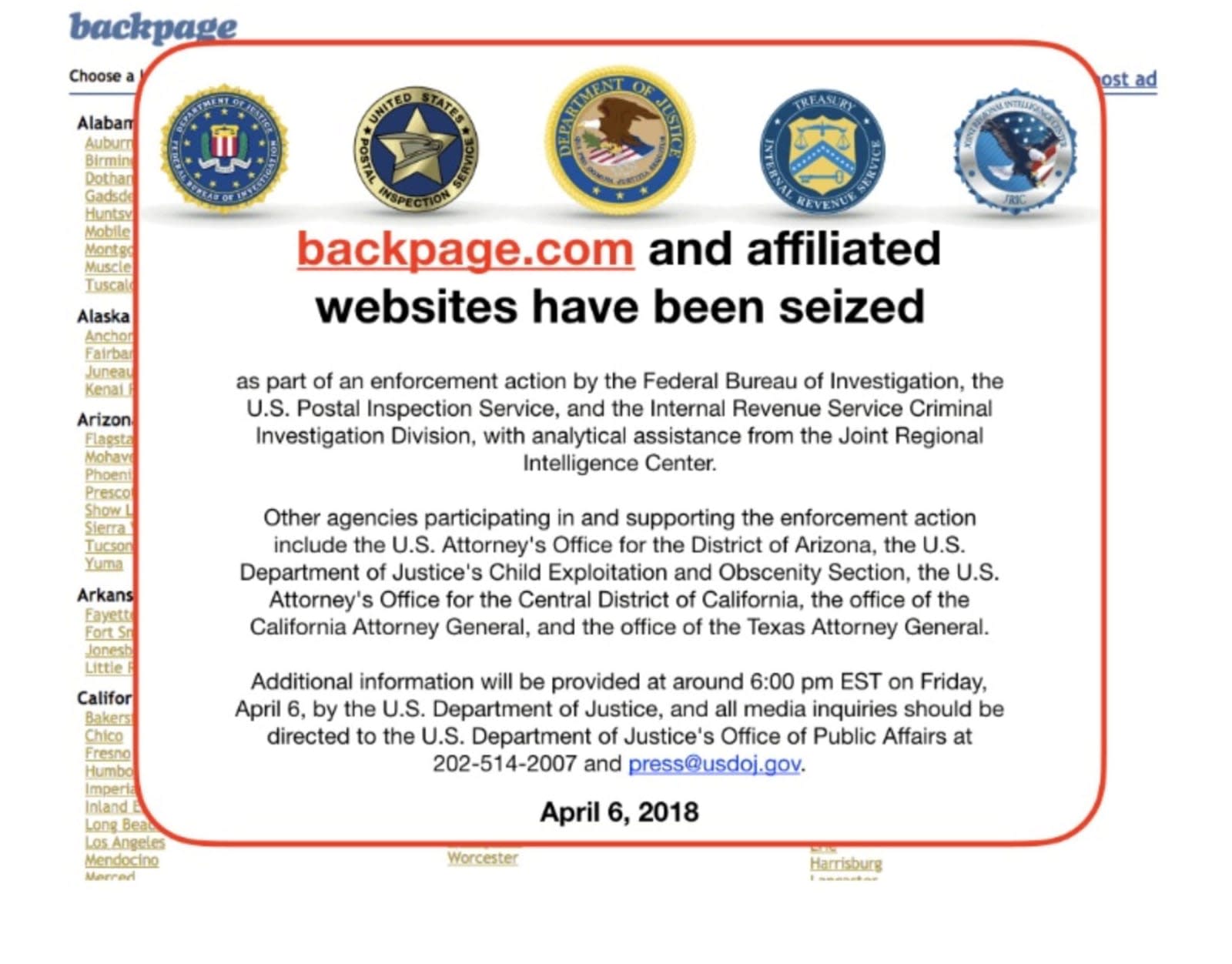 Last week, the US government seized the classified website Backpage.com, disabled it, and replaced its front page with a disclaimer announcing its shutdown. The site's cofounders had been the subject of law enforcement investigations into pimping, sex trafficking and money-laundering over the years. Today, a grand jury in Phoenix indicted seven officials associated with the website with alleged money laundering and facilitating prostitution.

The indictment specifically charged Backpage enabling the trafficking of 17 victims, some of whom were 14 years old. Hosting ads for these people was no accident -- "This is not a website that let the occasional ad slip thru the cracks of their review system," a US official said upon the site's seizure, according to The Washington Post. Since it launched in 2004, Backpage has laundered some of the $500 million in prostitution revenue it's received; Almost every dollar the website made was through illegal activity, according to the indictment.

Previous court cases against Backpage failed when the site invoked particular sections of the Communications Decency Act, which shields websites from responsibility for content posted by third parties. The controversial FOSTA-SESTA bills Congress passed last month seek to fix those loopholes -- though not without consequences, as critics complained the pieces of legislation essentially legalize sex censorship.

In any case, the indictment against Backpage doesn't rely on FOSTA-SESTA, instead accusing its seven officials of "50 different instances in which the defendants are alleged to have knowingly facilitated a prostitution crime," according to The Washington Post.

In this article: backpage, business, indictment, internet, MoneyLaundering, prostitution, services, sextrafficking
All products recommended by Engadget are selected by our editorial team, independent of our parent company. Some of our stories include affiliate links. If you buy something through one of these links, we may earn an affiliate commission.