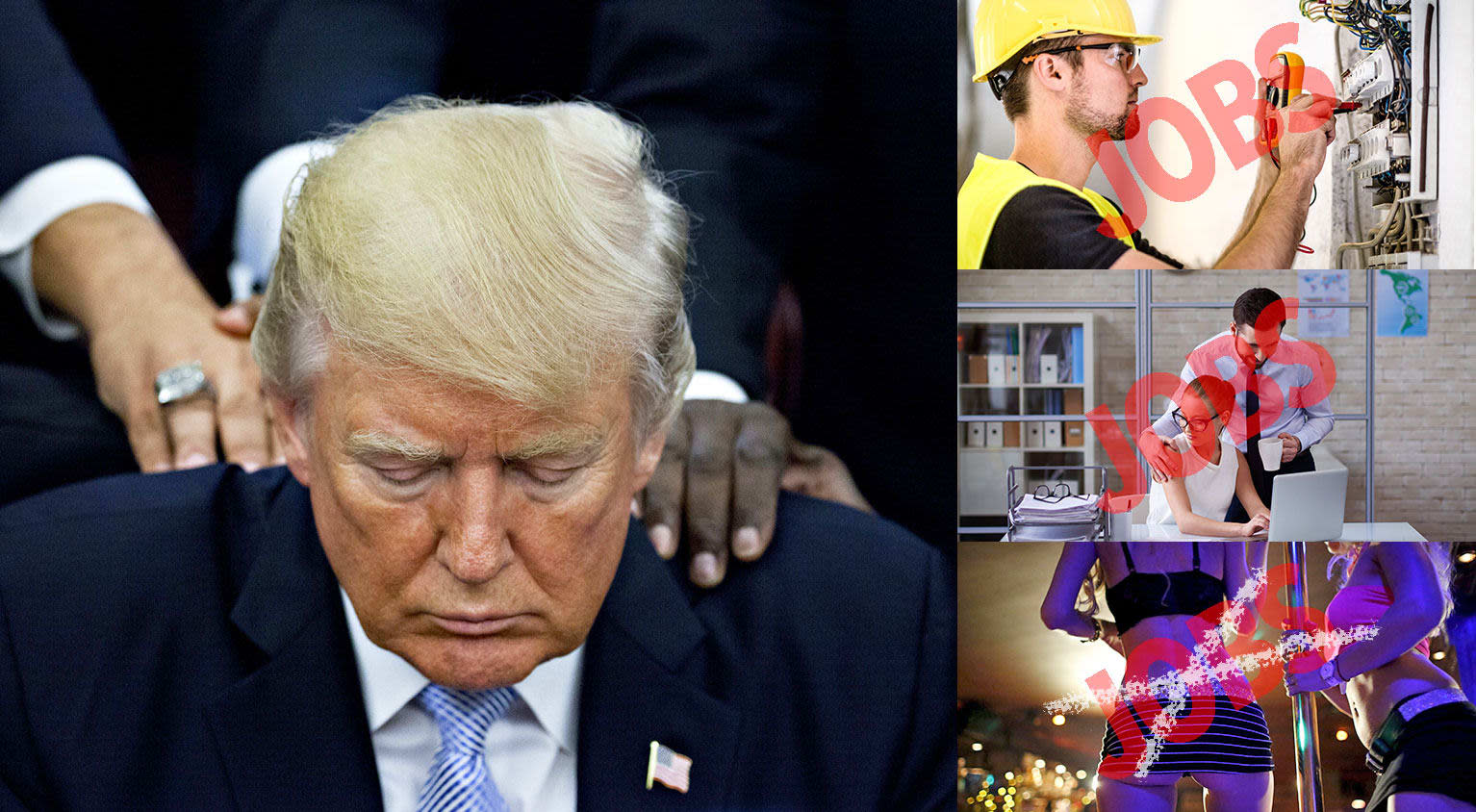 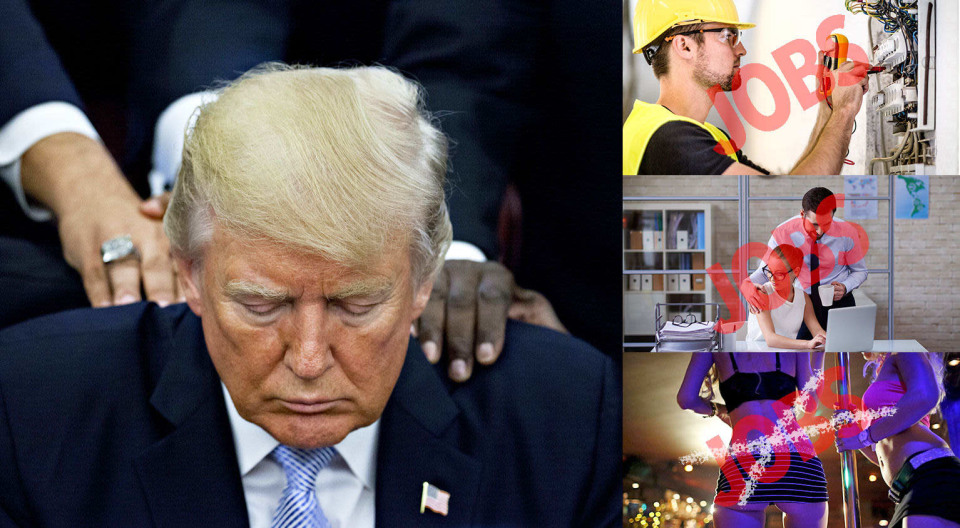 One week ago, the worst possible legislation curtailing free speech online passed and sex censorship bill FOSTA-SESTA is on its way to be signed into law by Trump.

Hours after the announcement, everything from the mere discussion of sex work to client screening and safe advertising networks began getting systematically erased from the open internet. Thousands — if not hundreds of thousands — of women, LGBTQ people, gay men, immigrants, and a significant number of people of color lost their income. Pushed out of safe online spaces and toward street corners. So were any and all victims of sex trafficking that law enforcement might've been able to find on the open internet.

The Senate has passed the Stop Enabling Sex Traffickers Act, or SESTA, and tacked-on FOSTA (Allow States and Victims to Fight Online Sex Trafficking Act), by a vote of 97–2. Lawmakers did not fact-check the bill's claims, research the religious neocons behind it, nor did they listen to constituents. Significant organizations, including the Department of Justice, ACLU, EFF, and more had assembled to object to the bill both publicly and in letters to elected officials. In the process, law professors and anti-trafficking groups, along with sex work organizations, unearthed the bill's many alarming legal, constitutional, and human rights disqualifications.

It's dubbed the "anti-trafficking" bill for the internet, but it's really an anti-sex sledgehammer. The bill removes protection for websites under Section 230 of the Communications Decency Act, and makes sites and services liable for hosting what it very, very loosely defines as sex trafficking and "prostitution" content. FOSTA-SESTA puts into law that sex work and sex trafficking are the same thing, and makes discussion and advertising part of the crime. Its blurry interpretation of sex and commerce, as well as the bill's illogical, incorrect conflation of sex trafficking and sex work is straight out of a bad movie.

If only the politicians who voted this Morality in Media (NCOSE) mess into law had fact-checked it with Freedom Network USA, "the largest coalition of experts and advocates providing direct services to to survivors of human trafficking in the U.S." Freedom Network unequivocally states that protecting the rights of sex workers, and not conflating them with trafficking victims, is critical to the prevention of trafficking. They also have the data to back up the fact that "more people are trafficked into labor sectors than into commercial sex."

It's already an unmitigated disaster for free speech in America. Which was, of course, predicted. The Technology and Marketing Law Blog wrote that there's no mistaking that FOSTA-SESTA violates the First Amendment; it plainly stated that "this statute implicates constitutionally protected speech."

It's unconstitutional, but the damage is already being done. Despite the fact that FOSTA-SESTA isn't even law yet -- it could take anywhere from 90 days to until 2019 to take effect -- online companies, always dangerously prudish with their algorithms, or hypocritical with their free speech rhetoric, appear to be in a rush to proverbially herd sex workers (and all us people who talk about sex for a living) out of the airlock into places where no one can hear us scream. Websites are removing content and communities wholesale, the result of FOSTA-SESTA making safer working conditions more difficult by criminalizing digital conversations about sex work, screening tools and discussions about how to be safe doing it.

By way of its ambiguity, FOSTA-SESTA has begun the largest wave of censorship the open internet may ever see.

Within days, Reddit removed entire communities. Notably, its r/escorts and r/sugardaddy subreddits. We asked Reddit for comment about its pre-emptive removal of those subreddits, and how that lines up with the company's controversial philosophies regarding freedom of speech, but did not receive a response by press time.

On the Survivors Against Sesta shutdown list of services, growing every day, Google Drive is listed as "deleting explicit content and/or locking out users." Google declined to comment on the record, but Engadget was assured via email from a source with knowledge of the situation that the enforcement wave on Drive has nothing to do with FOSTA-SESTA.

Similarly, Microsoft released a Terms update this week that got the company put on the FOSTA-SESTA censorship list as well. A spokesperson for Microsoft told Engadget in an email that the changes are not related to FOSTA. Further, the spokesperson told us, "The recent changes to the Microsoft Service Agreement's Code of Conduct provide transparency on how we respond to customer reports of inappropriate public content."

Human canaries in the free speech coal mine The hashtag #LetUsSurvive is a current rallying point on Twitter, directing attention to the sex work community's determination to get out of this insidious wave of conservative anti-sex silencing alive. To that end, sex work websites feature guides to self-censoring, the kind of thing you'd expect belongs more in Weimar-era Berlin than coming out of modern-day San Francisco.

Sex workers are right to be scared. They're facing all this sudden and casually disastrous censorship as a threat to their safety and livelihoods, and are well aware that few are willing or brave enough to fight for their free speech and human rights. Even sex writers such as myself know this; any of us who've tried to make a living off anything relating to sex online has a list of products, services, banks and payment processors, social networks, companies, and business tools that everyone else takes for granted — that we are expressly prohibited from using.

Hateful gamers? No problem. Death threats toward women? Here's a form to fill out. MAGA racists terrorizing women and people of color off the platform? Gotta hear both sides. But expose a nipple in artwork, discuss non-reproductive sex ed, or talk about making sex work safer by screening clients? Now that's a misguided business plan guaranteed to create lasting cultural harm. Let's definitely keep Peter Thiel on the board. If you thought all that was bad enough, just you wait. FOSTA-SESTA is making us disappear before your very eyes — and it will affect you, too. 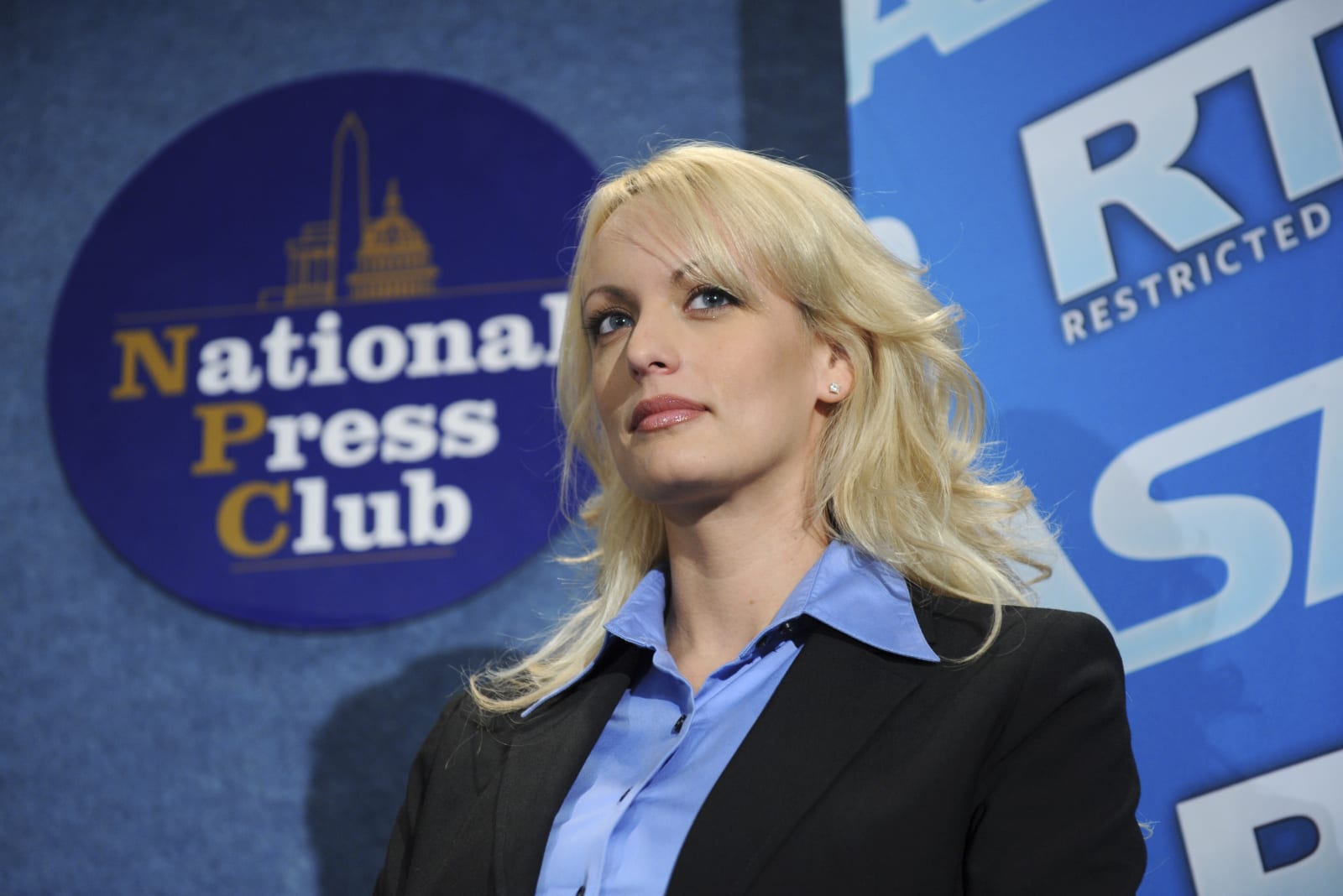 Under FOSTA-SESTA, we'd most likely have no Stormy Daniels. That Stormy Daniels is making headlines while the absolute worst is happening to sex workers online is not lost on anyone.

"In a titillating cross-section of lawmaking and scandal," wrote sex worker Morgan Claire-Sirene, "we have on one side Stormy Daniels suing 45 for unlawful payoffs and calling him to account publicly for his associates' threats against her, and on the other side, legislation that has already silenced common sex workers, with the overlaying intersections of race and class; good whores and bad whores; victims and perpetrators; and misinformation all around."

Daniels is a perfect lens with which to view the exact way FOSTA-SESTA harms one of America's largest at-risk populations. Writer Ben Udashen points out, "The level of sex worker whose lives will be harmed by SESTA are not at the same level of fame and notoriety as Stormy Daniels"

"Daniels won't be caught up in a sting sending her to jail because she had to work as a streetwalker to help pay her rent and feed her children. Daniels won't have to carry a weapon to defend herself when she meets with a new client.

"Most importantly, Daniels's children won't be woken up to the news that their mother didn't come home last night because she was murdered by a serial killer, a class of criminal who have always targeted sex workers from Jack the Ripper to the Green River Killer. Poor and working class sex workers, regardless of gender identity, will pay that price."

And for a short moment in history, the advent of the open internet reduced that horrible cost.

In this article: badpassword, business, censorship, column, craigslist, donaldtrump, entertainment, FOSTA-SESTA, internet, opinion, personal computing, personalcomputing, politics, security, services, sex, sextrafficking, sexworkers, stormydaniels
All products recommended by Engadget are selected by our editorial team, independent of our parent company. Some of our stories include affiliate links. If you buy something through one of these links, we may earn an affiliate commission.