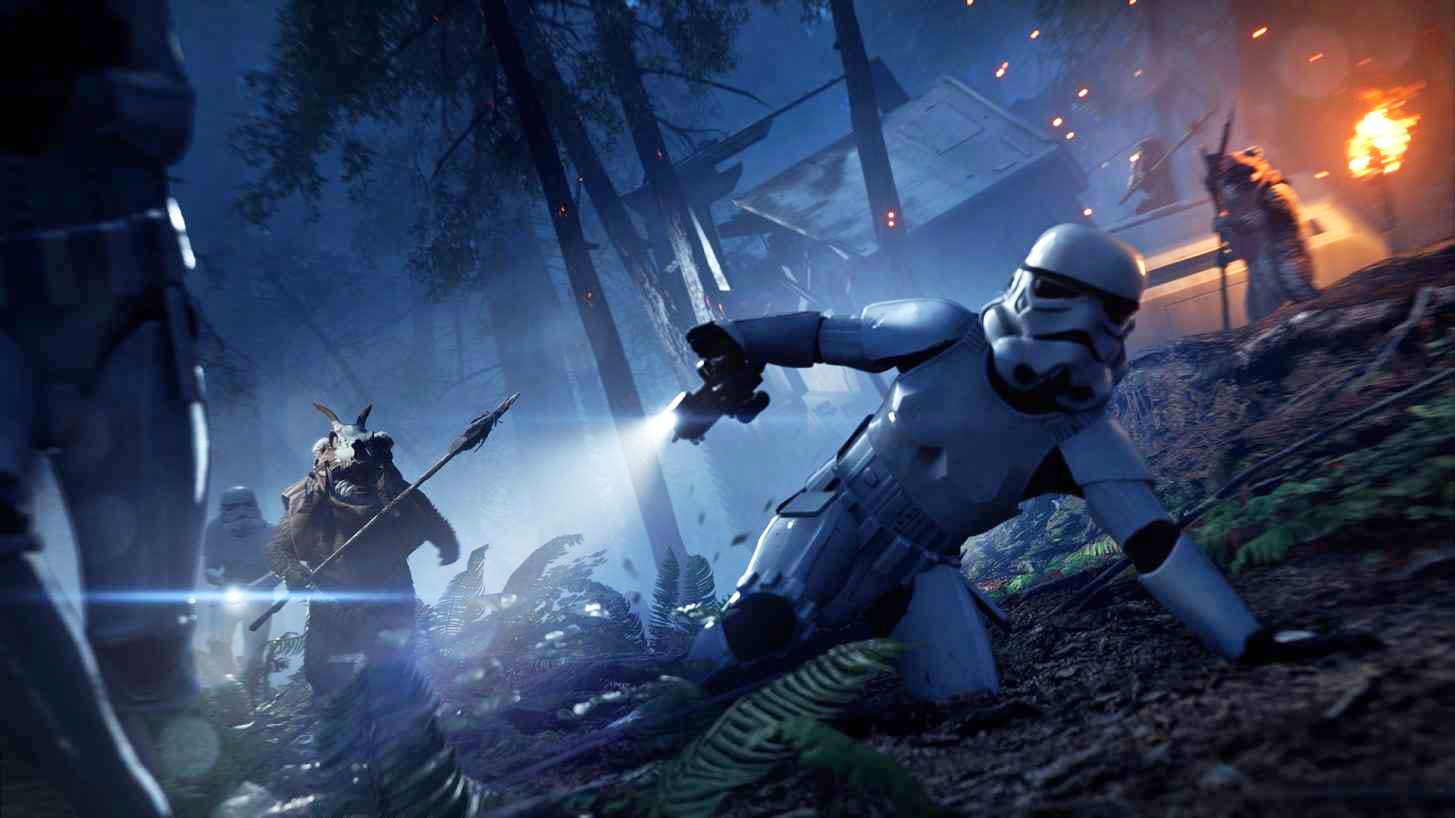 Star Wars Battlefront II's pay-to-win loot crate fiasco more or less ended when Electronic Arts made it so the game's Star Card power ups could only be earned through gameplay. A month later, the company is cautiously reintroducing the buy-with-real-money Crystal currency, but you can only use it to snag cosmetic upgrades. Oh, and there's a new stormtroopers-versus-ewoks mode that will be available on April 18th for a limited time.

Set during the events of Return of the Jedi, Ewok Hunt is a last-man-standing battle pitting players on either side of the imperial occupation of Endor's moon. A lone player starts as one of the stealthy, furred natives hunting down the others, who are all stormtroopers. When someone playing one of the Empire's foot soldiers dies, they rejoin the game as an Ewok, whittling down the survivors until they're all eliminated or they last long enough to be extracted.

The reintroduction of microtransactions-bought Crystals is potentially dicey, but EA made it clear in the announcement and FAQ that they can only be used to purchase items that don't affect gameplay. Plus, if you want, you can use the play-generated Credits currency to pick up these 'Appearances' instead. The Battlefront II team has added 50 more of the cosmetic options to the game with this update, including Han and Leia in their Endor outfits as well as The Last Jedi costumes for Rey and Kylo (no, not shirtless).

Now that the pay-to-win furor has died down, the game's team will release more limited-time modes like Ewok Hunt along with 'Seasons'; Season Two will start in May, and news about it will drop early that month.

In this article: av, battlefront2, gaming, lootboxes, StarWars, starwarsbattlefront2
All products recommended by Engadget are selected by our editorial team, independent of our parent company. Some of our stories include affiliate links. If you buy something through one of these links, we may earn an affiliate commission.