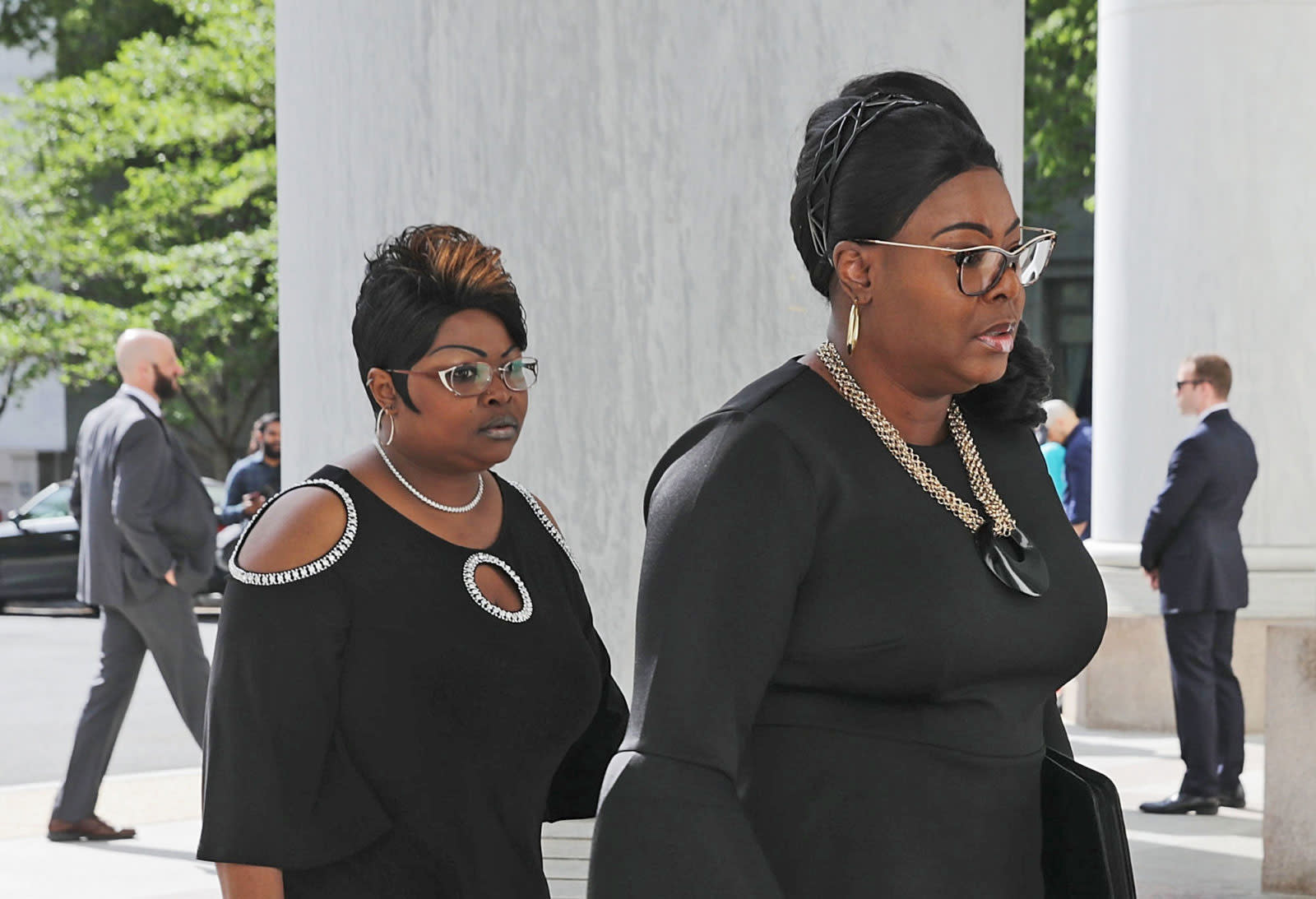 A few weeks after Mark Zuckerberg appeared in front of Congress, House Representatives once again discussed social media, however, this time the guests were a little different. House Judiciary Committee Chairman Bob Goodlatte (R-Va.) convened a hearing on "Filtering Practices of Social Media Platforms," without the attendance of any executives from Facebook, Twitter or Google in an event that ranking member Jerrold Nadler (D-NY) said "prioritized a hoax." Alongside David Chavern of the News Media Alliance and American Press Institute, Berin Szoka of TechFreedom and New York Law School professor Ari Waldman were self-titled social media stars Diamond and Silk.

The two sisters gained notoriety for supporting Donald Trump during the 2016 campaign, and maintain an active following for their videos on YouTube, Twitter and Facebook. A familiar scrap with Facebook -- where they have around 1.4 million followers -- last year over monetization has led to the pair insisting that their videos are being censored for their conservative views, even though an evaluation of the data by ThinkProgress suggests their reach is faring better than similar liberal-leaning outlets like Rachel Maddow and The Young Turks.

Rep. Goodlatte statement claimed he "slammed" social media companies for skipping the meeting, saying " There is, however, a big difference between removing illegal activity and suppressing speech. Americans recognize that and they want to know why they're being banned, blocked, or labeled online, which is why we asked Facebook, Twitter, and Google to participate in today's hearing."

Diamond and Silk (real names Lynette Hardaway and Rochelle Richardson) pushed the ongoing line by conservatives that their views are being censored, with Hardaway claiming that "If the shoe was on the other foot and Mark Zuckerberg was a conservative, and we were liberals, all fences and all chains would've broke loose, you know it and I know it!" More controversially, under oath the pair denied being paid by the Trump campaign, despite a Federal Election Commission record showing a payment of $1,274.94 for "field consulting." In a statement to Slate, the campaign treasurer said it was a misunderstanding, with the payment representing reimbursement for air travel costs to a campaign event.

Meanwhile, Nadler said in his remarks that "the censorship argument—the central thesis of this hearing—doesn't hold up under even the most basic scrutiny" since their page received more traffic in March of this year than in 2017. When Congress members asked about Facebook's interaction with the pair during Zuckerberg's visit, the company said it had tried to contact Diamond and Silk by phone and email after mistakenly sending a notification that their content was "unsafe."

It's unclear what benefit will come from their testimony -- even with company execs this kind of thing can be a waste of everyone's time -- but you can watch the entire two-and-a-half-hour hearing yourself right here to get the full, uh, experience.

In this article: diamondandsilk, entertainment, facebook, FEC, internet, JudiciaryCommittee, perjury, politics
All products recommended by Engadget are selected by our editorial team, independent of our parent company. Some of our stories include affiliate links. If you buy something through one of these links, we may earn an affiliate commission.
Share
Tweet
Share