The Zuckerberg hearings were a wasted opportunity

We walked away with very little new information.

Over the past two days, members of Congress have peppered Facebook CEO Mark Zuckerberg with questions about how the platform manages users' privacy, what went wrong with Cambridge Analytica and what it's doing to strengthen protections going forward. These two hearings lasted more than 10 hours combined, and dozens of senators and representatives had a chance to ask questions in five- and four-minute allotments, respectively. Until this week, Congress had tried for years to get Zuckerberg to personally appear on Capitol Hill, instead of, say, dispatching another company executive. It's a shame, then, that the lawmakers ultimately squandered the time they had with him this week.

Throughout the hearings, congressional leaders repeated questions that had already been asked. We heard them ask again and again whether the company would work with Congress on legislation that would impose regulations on social networks like Facebook and others. We also heard many leaders ask when exactly Facebook learned that Cambridge Analytica had improperly obtained user data. This repetition continued with questions about changes to policy, Facebook's dense terms of service and whether users have been notified if their data were purchased by Cambridge Analytica. If time was so precious to these individuals -- and it should be, since four minutes flies by and this is an important topic -- wouldn't they try to avoid repeating the same questions ad nauseam?

Similarly, many of these questions were addressed in reports and updates already released by Facebook. Rehashing them (often repeatedly) is a poor use of time.

Even worse, some lawmakers spent their time soapboxing, not asking any questions at all. Senator Thom Tillis (R-NC) mostly used his few minutes to focus on a tool the Obama campaign employed to collect data on Facebook users. He made sure to say that Zuckerberg should be as outraged by that as he is with Cambridge Analytica's purchase of Facebook data, and he kept saying that Facebook needed to reexamine the chronology of the history of this sort of data acquisition. But he didn't ask a single question of Zuckerberg -- except a largely facetious one about how large the regulatory-affairs division was when Zuckerberg was launching the platform in his Harvard dorm room. 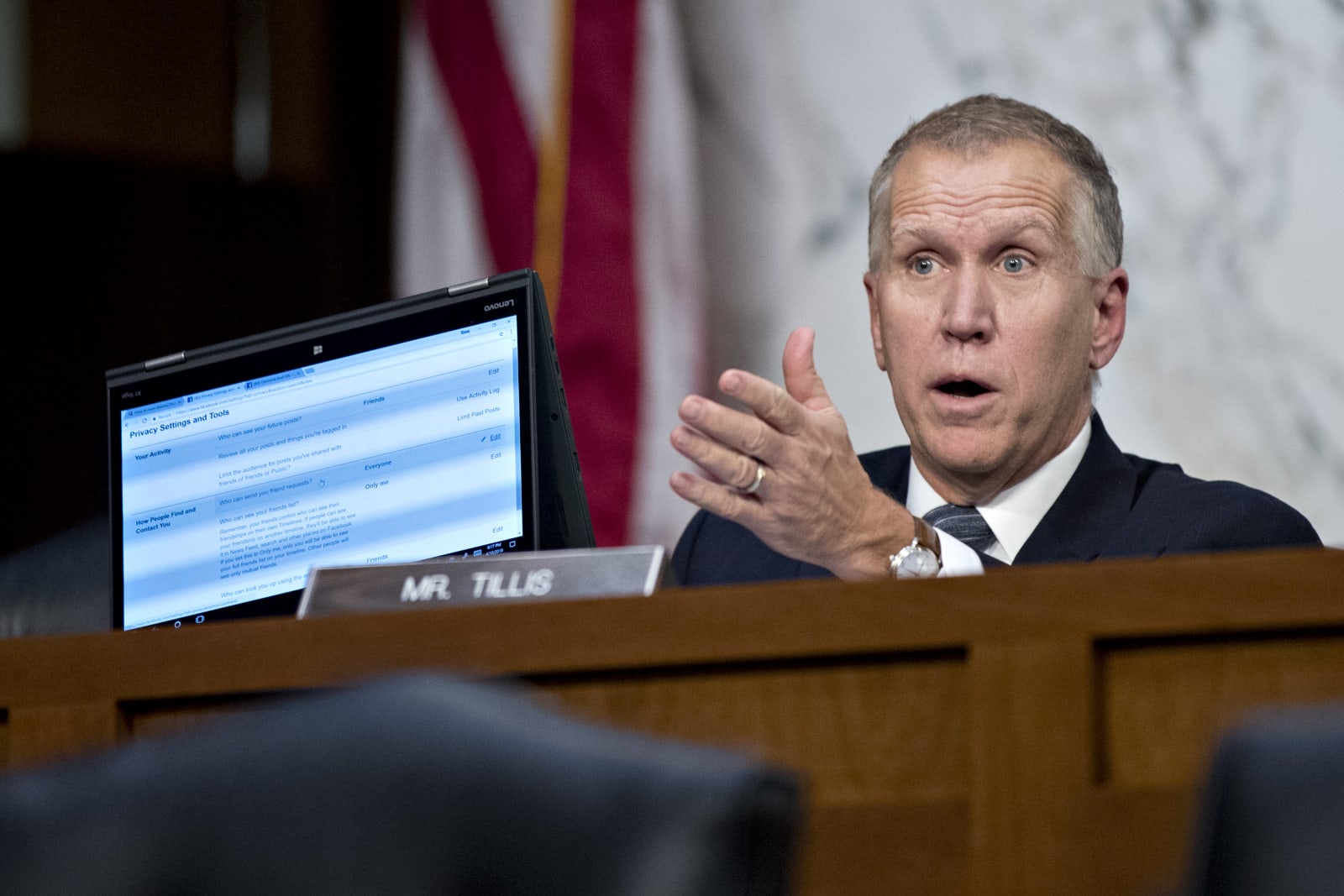 There were also some questions asked that Zuckerberg should have been able to answer but couldn't. Senator Sheldon Whitehouse's (D-RI) question about whether Aleksandr Kogan can have or does have another personal account on Facebook is one example. Zuckerberg should also have been able to answer Senator Maria Cantwell's (D-WA) question about whether any Facebook employees worked with Cambridge Analytica while CA worked with the Trump campaign. He couldn't answer Senator Dean Heller's (R-NV) and Senator Cory Gardner's (R-CO) questions about how long it takes Facebook to get rid of users' data after they delete their Facebook or Instagram accounts. And Zuckerberg should have been able to answer Senator Tammy Baldwin's (D-WI) question about what firms Kogan sold his data to other than Cambridge Analytica. Representative Debbie Dingell (D-MI) actually called out Zuckerberg during her questioning today on everything he couldn't answer. "As CEO, you didn't know some key facts," she said.

Then again, some of the questions were unreasonable. For example, Senator Heller asked how many Nevada residents were included in the 87 million individuals whose data were obtained by Cambridge Analytica. Senator Patrick Leahy (D-VT) brought up specific Facebook Pages during his questioning and asked Zuckerberg if they were Russian-created groups. Additionally, a number of representatives asked Zuckerberg about specific instances when particular groups were shut down, their ads were rejected or they were in some way blocked from posting content on Facebook -- somehow expecting Zuckerberg to have knowledge of every time a reviewer determined that content was inappropriate. In these cases, Zuckerberg should be forgiven for having to say, "My team will get back to you."

On top of all of this, some senators and representatives didn't seem to fully understand how social media and other ad-supported services work. Obviously, the lawmakers weighing regulation on platforms like Facebook need to understand how these platforms work. But is the CEO of Facebook really the person who should be explaining that? And do those conversations need to happen during a public hearing when officials have such a limited time to ask questions? Put their young staffers to work and have them brief their powerful bosses beforehand.

These questions about how social networks work (and how they make money) bring to light a larger issue with Congress: Many of these individuals, who have the power to enact impactful legislation regarding citizens' privacy, don't have a basic understanding of what these companies are, what they do or how they do it. And that's a problem. These hearings aren't the only time we've seen questions like these -- they were frequent during last year's hearings on Russian use of social media to influence US elections -- and it's clear that some of these lawmakers haven't made enough of an attempt to understand these powerful companies outside of these occasional public hearings. 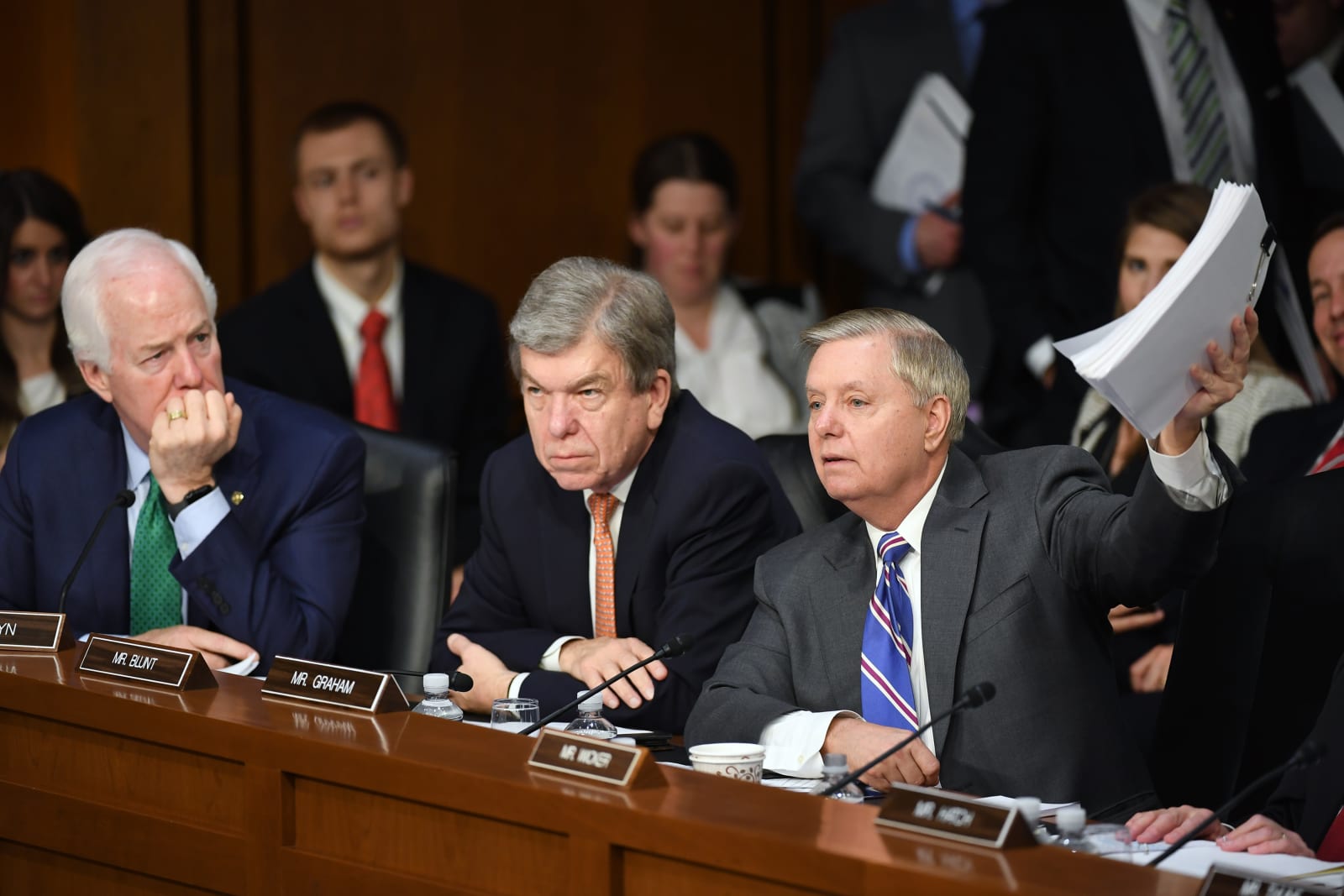 There were also questions that these leaders should have asked Zuckerberg and didn't. The CEO wasn't pressed about Joseph Chancellor, Kogan's business partner who helped start Global Science Research and now works for Facebook. And though many asked if Zuckerberg was open to regulation, none followed up his answers to the affirmative with questions about his thoughts on state efforts to enact stricter privacy laws. Additionally, while Senator Lindsey Graham (R-SC) perused an interesting line of questioning about whether Facebook is a monopoly (and therefore not to be trusted with regulating itself), no one floated the idea of breaking it up, even if it were determined to be.

Further, the unwillingness of lawmakers to focus on a single topic meant they had little time for follow-up questions. Because of that, Zuckerberg wasn't aggressively pushed to answer questions about Facebook's response to Cambridge Analytica in 2015. He also mostly skirted questions about how Facebook tracks its users' data.

While this questioning went on for more than 10 hours over two days, it still wasn't as exhaustive as other public hearings. Zuckerberg wasn't subjected to a double round of questioning at each hearing, which is a typical practice, and he probably got off relatively easy only having to testify before one House committee and two Senate committees. That makes the past two days especially bad. These lawmakers had limited time to grill Zuckerberg, and they wasted it. 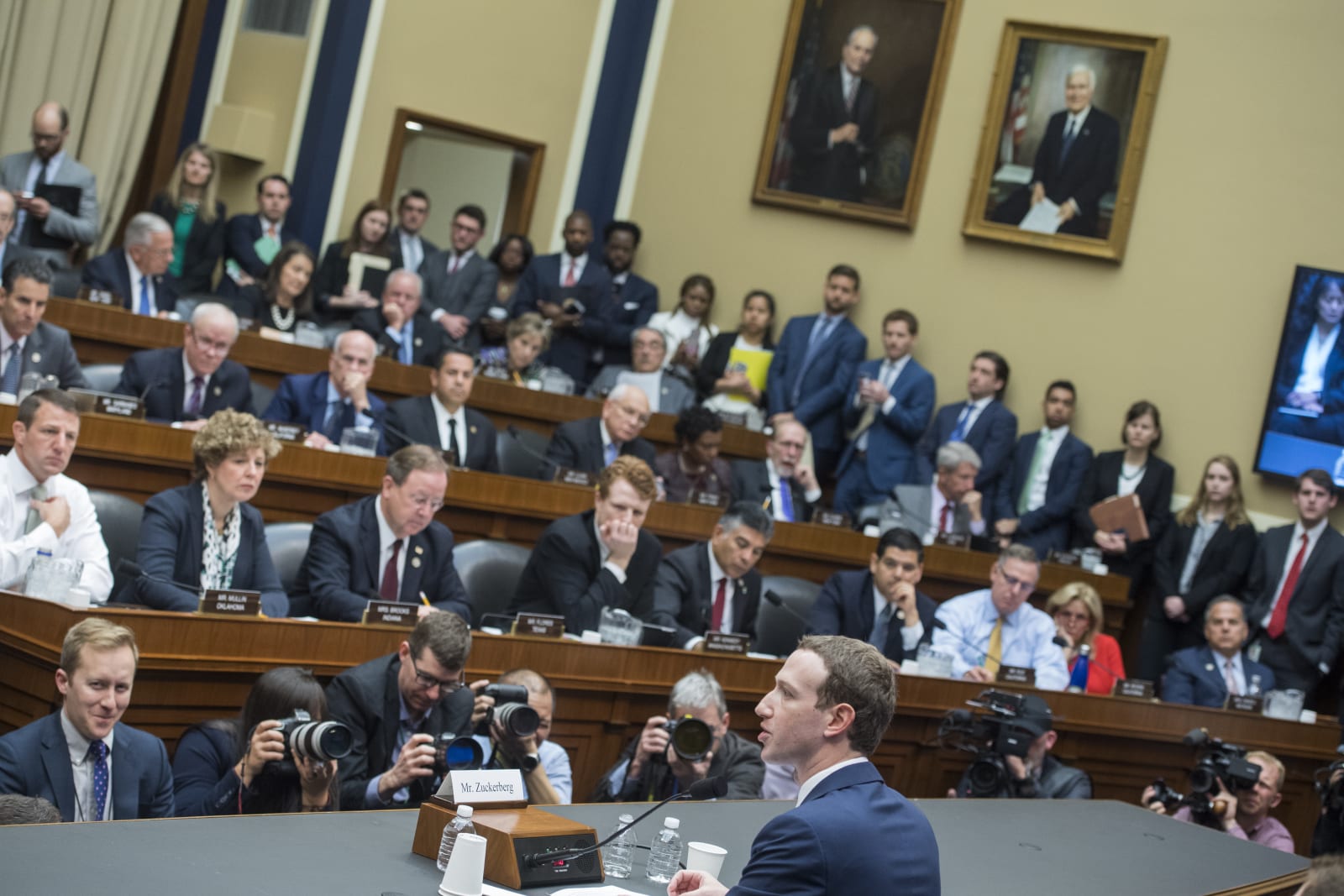 To be clear, Mark Zuckerberg deserved to be in front of those committees. And they should have pressed him for more information about how his company protects its users' data. But Congress should have done a better job. Too many lawmakers could have made more of their short time with Zuckerberg. Yes, there are exceptions: Zuckerberg clarified how Facebook will implement Europe's new GDPR privacy standards worldwide. Many lawmakers pressed Zuckerberg on whether Facebook has removed groups using tactics similar to Cambridge Analytica's -- as they should have. Zuckerberg also said he was open to working with Congress on potential legislation. (What kind of legislation, exactly? That, too, would have been a good follow-up question.)

But when you subtract the repetitions, the grandstanding, the basic info that everyone should have known and the pedantic "gotcha" queries that Zuckerberg couldn't possibly be expected to answer on the spot, we emerged from those 10 hours of questioning with little new information. If anything, we learned more about how ill-equipped Congress is to weigh nuanced questions surrounding technology, data and privacy.

All products recommended by Engadget are selected by our editorial team, independent of our parent company. Some of our stories include affiliate links. If you buy something through one of these links, we may earn an affiliate commission. All prices are correct at the time of publishing.
The Zuckerberg hearings were a wasted opportunity
business
cambridgeanalytica
congress
editorial
facebook
gear
hearing
HouseOfRepresentatives
internet
MarkZuckerberg
opinion
politics
privacy
senate
services