The Facebook CEO testifies before the Senate Commerce and Judiciary Committees.

As expected, Facebook co-founder and CEO Mark Zuckerberg was on Capitol Hill today to testify before the Senate Commerce and Judiciary Committees. It was the first of two congressional hearings Zuckerberg is scheduled to attend this week, with the other taking place tomorrow in front of the House Energy and Commerce Committee. Senator John Thune (R–South Dakota) opened the hearing by saying that tech companies need to do more to protect user data and prevent harmful conduct on their platforms. "You have an obligation to ensure that [the American] dream doesn't become a nightmare for the scores of people who use Facebook," he said to Zuckerberg, referencing the company's recent mishaps, including the Cambridge Analytica (CA) scandal.

Senator Dianne Feinstein (D-California), ranking member of the Judiciary Committee, then made mention of Facebook's lack of transparency after it took more than two years to disclose the "breach of trust" from political research firm CA. Zuckerberg began his testimony by reading his prepared statement, which Congress released on Monday, and said that he takes personal responsibility for Facebook's failure to protect users. Not just from data theft, but also fake news, foreign interference in elections, hate speech and other types of digital abuse.

"We didn't take a broad enough view," Zuckerberg said. "It was my mistake, and I'm sorry. ... I'm responsible for what happens here." He went on to say that while it will take "some time" to fix all of these issues, he's "committed to doing this right." 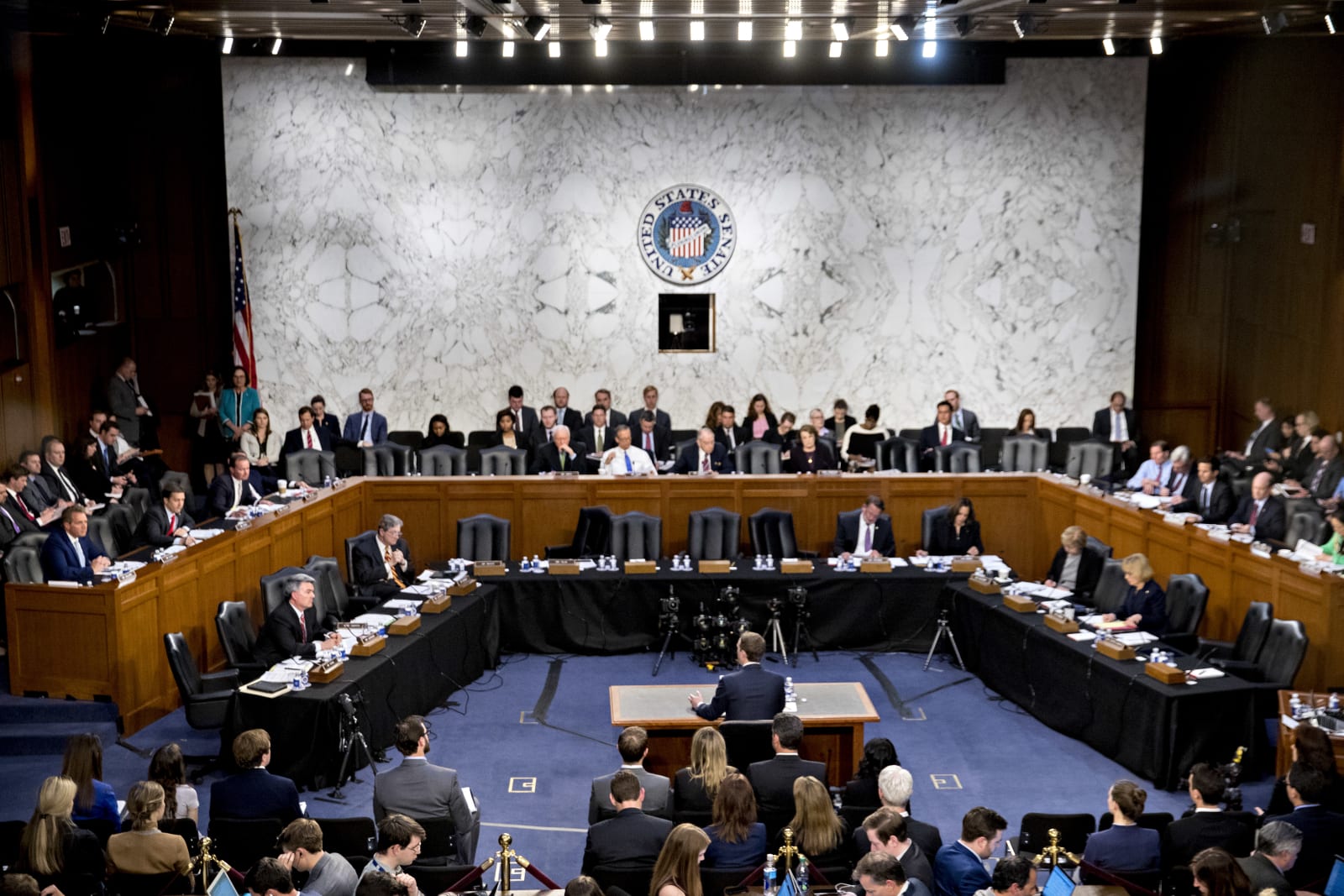 After Zuckerberg's opening statement, senators asked him a wide range of questions about how Facebook operates, including how it targets users with personalized ads. Senator Bill Nelson (D-Florida) pointed Zuckerberg to what Facebook's chief operating officer, Sheryl Sandberg, said recently about users having to pay if they don't want to see ads on the platform. The CEO said that there will always be a free "version" of Facebook, noting that it's the company's mission to offer a service that's accessible to everyone.

"How do you sustain a business model where users don't pay for your service?" Senator Nelson asked. "Senator, we run ads," Zuckerberg said. He added that if users don't want to see targeted advertisements, there's an option for them to turn that off, noting that even though people generally don't like ads, "people really don't like ads that aren't relevant." Senator Orrin Hatch (R-Utah) said that while there's nothing wrong with offering a free service in exchange for personal data, Facebook needs to be more transparent with users about what type of information it is collecting and what's being done with it.

Naturally, the topic of federal regulation came up, and Zuckerberg pledged to work with the US Senate on proposed regulations. This came up after he said that Facebook had not reported the initial Cambridge Analytica data misuse to the Federal Trade Commission (FTC), which could violate the 2011 settlement agreement between the company and the government agency. At the time, the FTC accused Facebook of deceiving consumers by "telling them they could keep their information private and then repeatedly allowing it to be shared and made public." 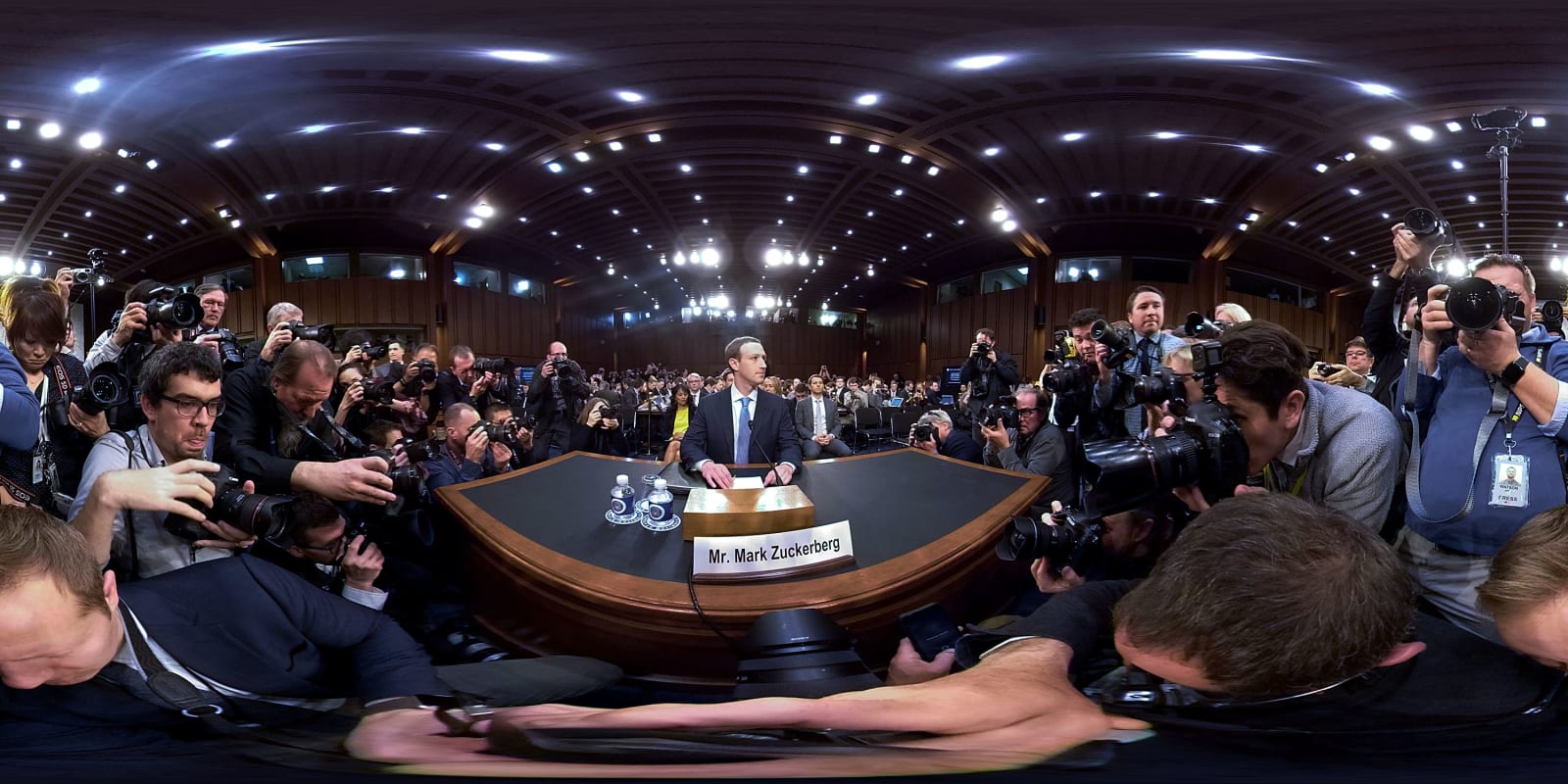 Senator Amy Klobuchar (D-Minnesota) questioned Zuckerberg about whether he would support a rule to notify users of a data breach within 72 hours, which the Facebook CEO said he wouldn't be opposed to. That's similar to what the European Union is doing with the General Data Protection Regulation (GDPR), which goes into effect on May 25th. Zuckerberg said he believes GDPR gets "certain things right" and if the right regulation comes up in the US, he would fully support it. "I am not sure we shouldn't be regulated," Zuckerberg said. "If it's the right regulation, we'll welcome it. I think that's a discussion that needs to happen."

Meanwhile, Senator Richard Blumenthal (D-Connecticut) said he has reservations about Zuckerberg's testimony. "I don't see how you can change your business model to maximize profit over privacy," he said, "unless there are specific rules from an outside agency. I have no assurance that these vague commitments will produce any action." During the hearing, Blumenthal announced that he and Senator Ed Markey (D-Massachusetts) were introducing a privacy bill of rights designed to protect the personal information of American consumers. The Customer Online Notification for Stopping Edge-provider Network Transgressions (CONSENT) Act would require the FTC "to establish privacy protections for customers of online edge providers like Facebook and Google."

One of the main challenges with regulation, according to multiple senators, is that it can put Facebook in a position of cemented authority and limit innovation from up-and-coming tech companies. Senator Dan Sullivan (R-Alaska) argued that while Facebook has the resources to comply with tougher federal rules, if they were implemented, that may be harder for small startups to do. At the same time, Zuckerberg highlighted his support for the Honest Ads Act, a Senate bill that proposes that online advertising be regulated the same way print, radio and TV ads are. 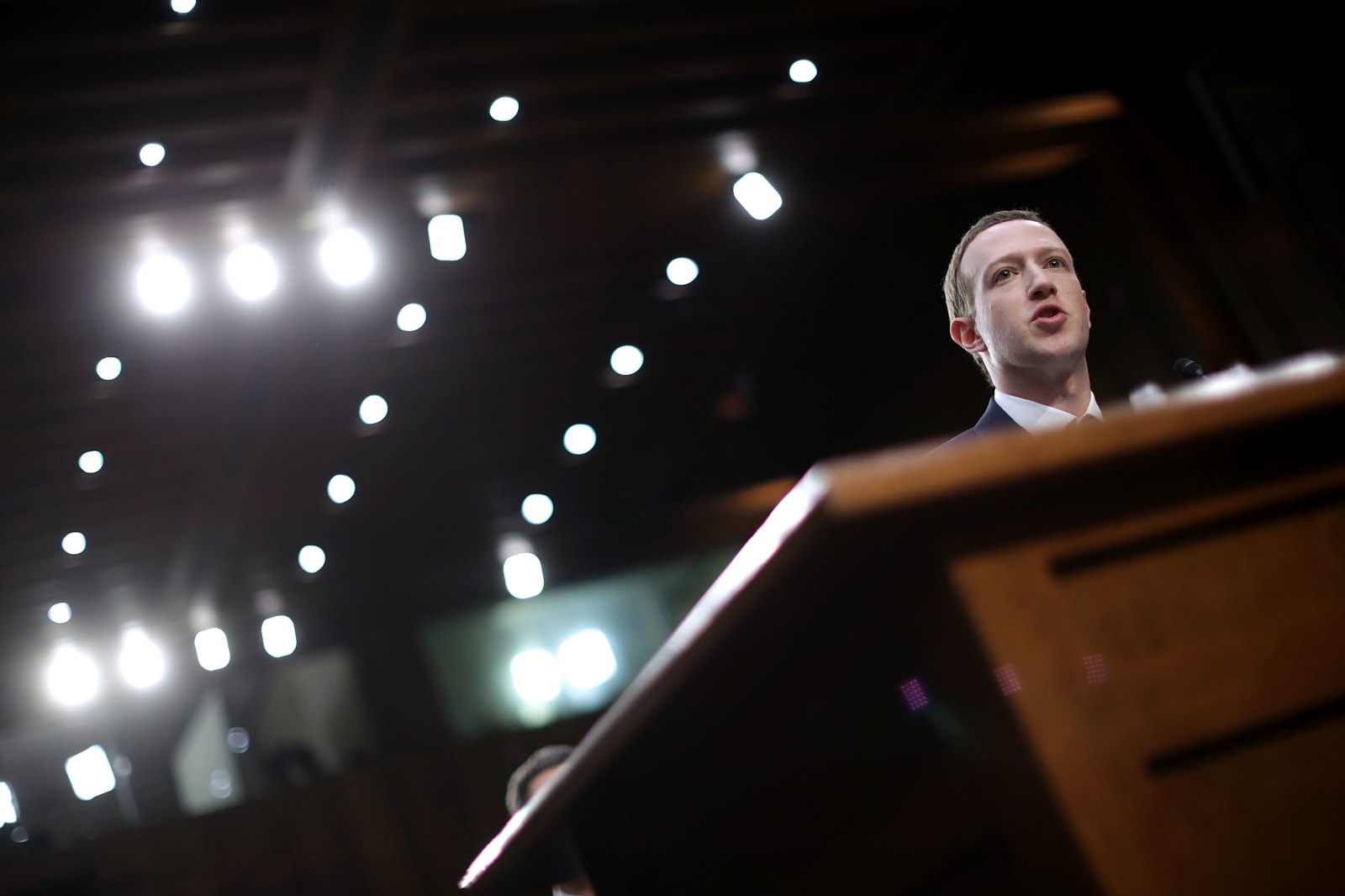 Zuckerberg kept emphasizing to senators that Facebook doesn't sell user information, adding that the company needs to do a better job of making that clear to people on its platform. He also talked about artificial intelligence and how Facebook is using that technology to protect user data and take down abusive content. In addition, Zuckerberg echoed his statements from a call with reporters last week when he said Facebook will have 20,000 people working on privacy and security issues by the end of 2018.

"They [these issues] gotta be fixed, and I think you can fix them," Senator John Kennedy (R-Louisiana) said to Zuckerberg. Kennedy told the CEO that Facebook's user agreement "sucks" and that it's only there to cover the company's "rear end." He said Zuckerberg needed to tell his "$1,200-an-hour lawyers" that he wants it written in English so that the average American can understand it. "If we're not communicating this clearly," Zuckerberg said, "then that's something we need to work on."

That was it for today. But round two of Zuckerberg's congressional hearings is tomorrow, when he's set to testify before the House Energy and Commerce Committee at 10 AM ET. We'll be covering that live as well.