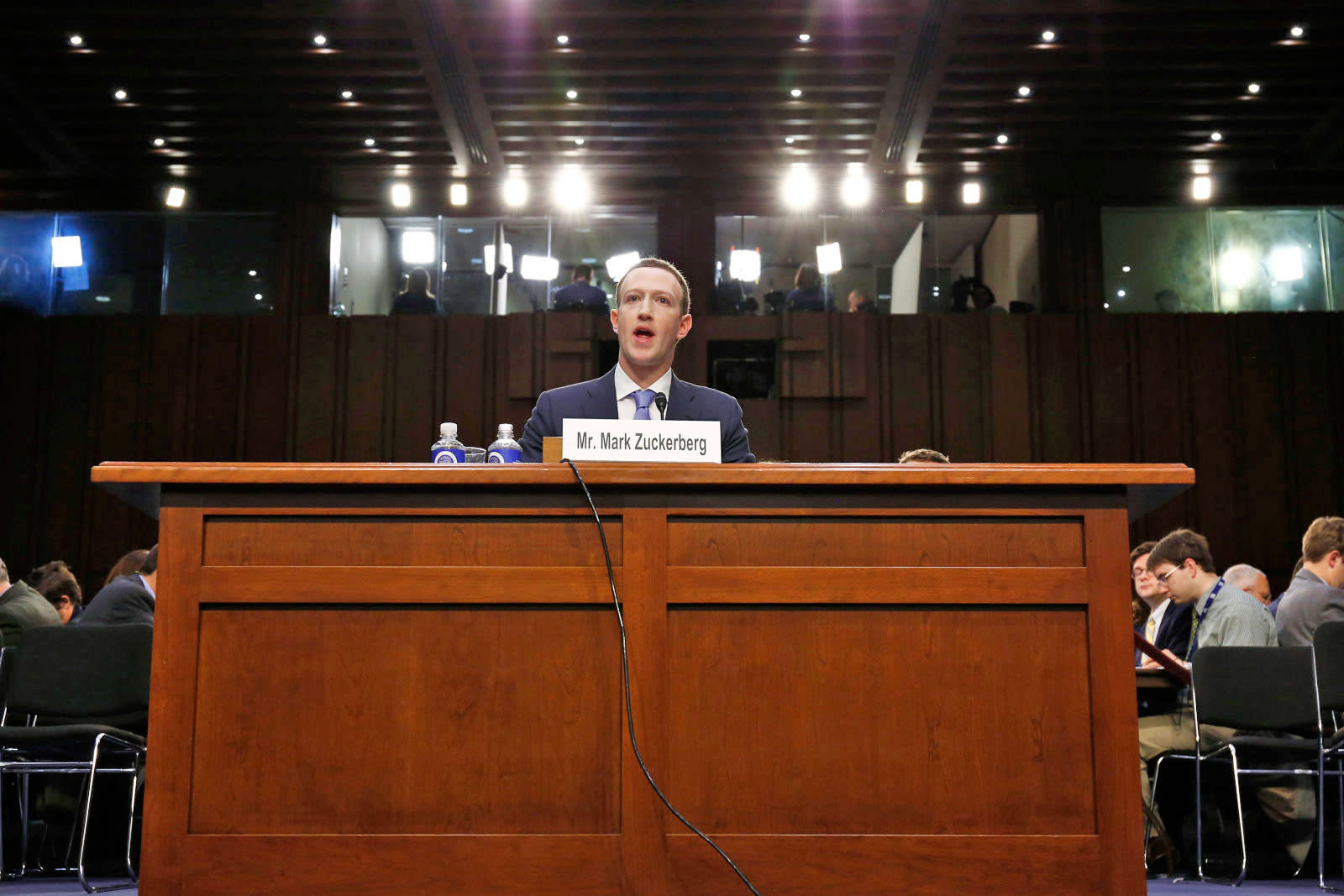 During his first hearing in Washington, DC this week, Facebook CEO Mark Zuckerberg noted that the company didn't alert the FTC to the initial Cambridge Analytica leak in 2015. When answering questions from several senators during his testimony, Zuckerberg explained that after Facebook first learned that Cambridge Analytica was in possession of user data from the "Thisisyourdigitallife" app, it "considered it a closed case" when the data company said it had deleted any unauthorized info. The CEO admitted that it was a mistake to take Cambridge Analytica's word for it, but that the company didn't feel that any further action was required.

The issue here is that Facebook may have violated a 2011 consent decree with the FTC in which the company agreed to warn users before sharing their information in order to avoid a fine. While the FTC has confirmed that it has opened an investigation on the most recent Cambridge Analytica revelations, the commission's probe isn't public, so specifics aren't yet known. For it's part, Facebook maintains it "respected" the user privacy guidelines laid out in the agreement and "reject[s] any suggestion" that it violated the consent decree.

During the same period of testimony today, Zuckerberg also said that Facebook didn't notify users back in 2015 for the same reason it didn't alert the FTC. He explained once more that the company considered the issue resolved and that it didn't need to take any other actions.

The results of the FTC investigation may not be revealed for months. However, if the commission decides that Facebook did violate the agreement, the company could face heavy fines over the privacy issues. Several members of Congress have also suggested government regulation of the social network. And today, Zuckerberg committed to working with the Senate on proposed regulations.

In this article: cambridgeanalytica, data, facebook, ftc, gear, hearing, internet, MarkZuckerberg, privacy, security, senate, testimony
All products recommended by Engadget are selected by our editorial team, independent of our parent company. Some of our stories include affiliate links. If you buy something through one of these links, we may earn an affiliate commission.