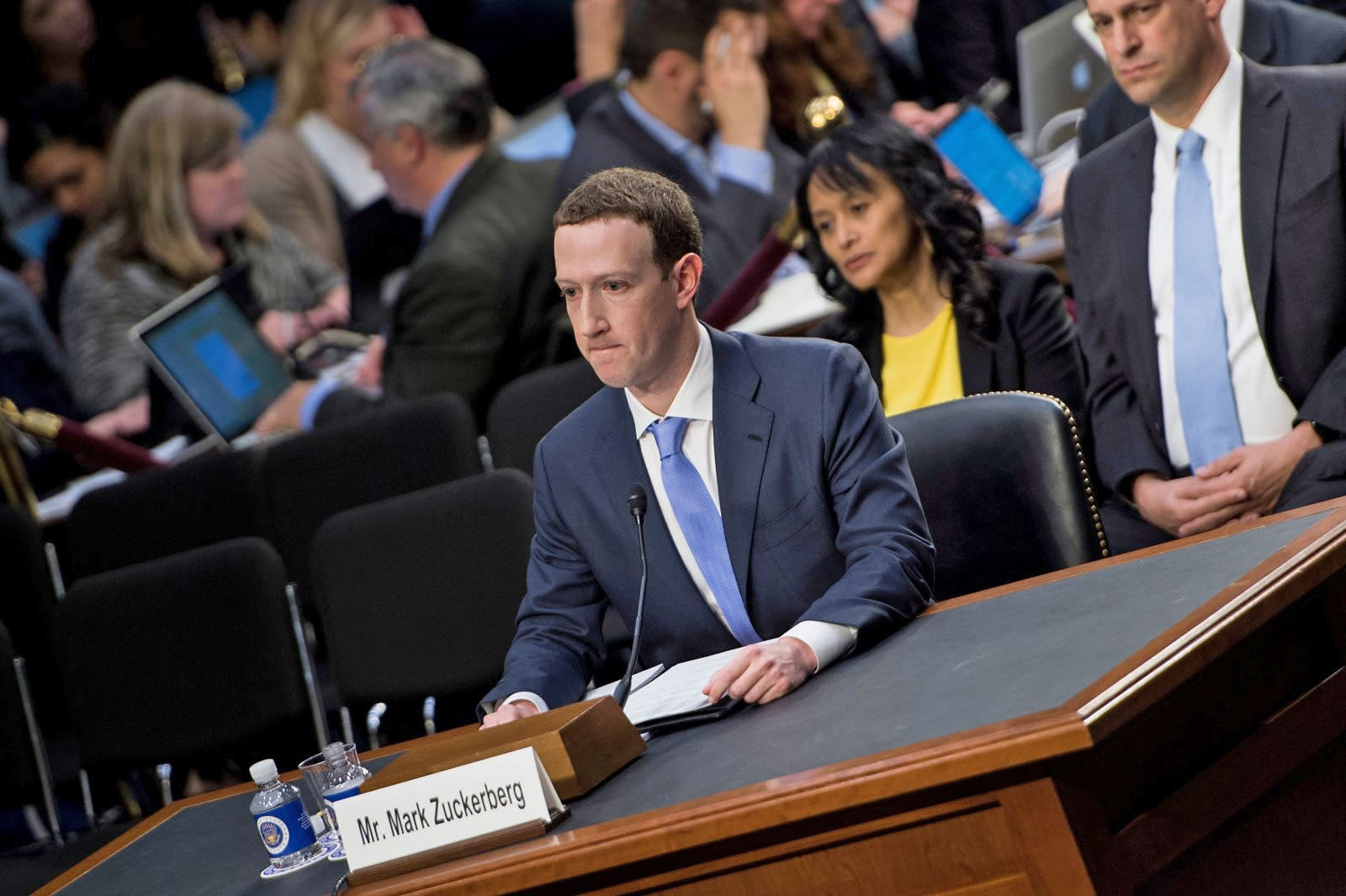 As Zuckerberg's Senate testimony continues, the question of regulation came up, as expected. Senator Lindsey Graham asked the CEO about his stance on legislation that would regulate platforms like Facebook and Zuckerberg said that if it was the right regulation, he and Facebook would welcome it. Additionally, Graham asked if Zuckerberg and his team would be willing to suggest some legislation regarding social media legislation and the CEO said he would send proposals to Graham's office.

During a CNN interview last month, Zuckerberg also addressed the idea of regulation, saying, "I actually am not sure we shouldn't be regulated." Further, during her questioning today, Senator Amy Klobuchar asked if Facebook would be willing to support a rule to notify users of a breach within 72 hours and Zuckerberg said that he thought that could be an acceptable rule.

In this article: business, facebook, gear, internet, legislation, MarkZuckerberg, politics, regulation, security, senate, services, SocialMedia
All products recommended by Engadget are selected by our editorial team, independent of our parent company. Some of our stories include affiliate links. If you buy something through one of these links, we may earn an affiliate commission.