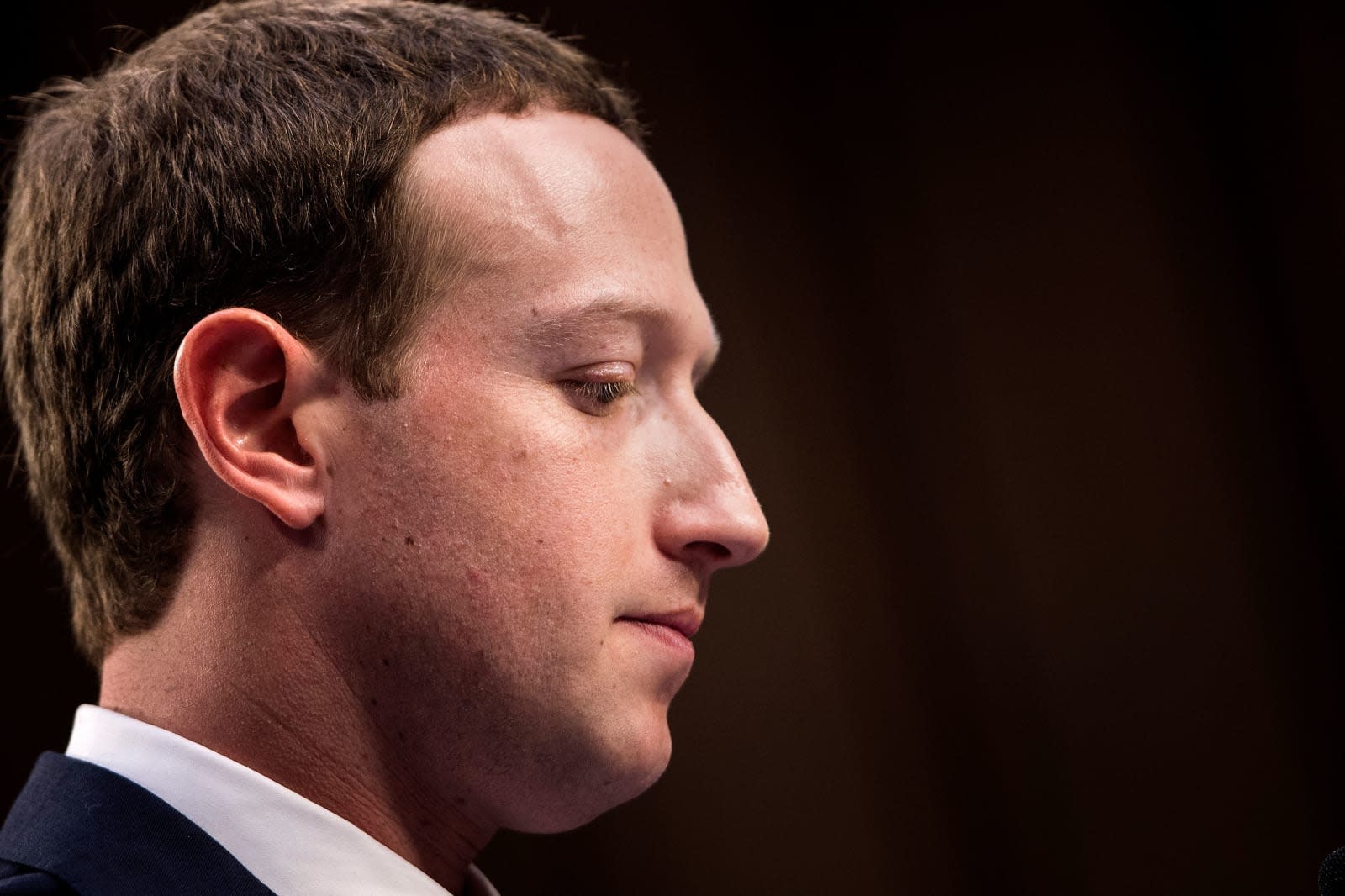 Mark Zuckerberg's Congressional testimony continues today as he speaks to the House Energy & Commerce Committee. During questioning, Congressman Gene Green asked the Facebook CEO about Europe's new General Data Protection Regulation (GDPR) and inquired as to whether the requirements set by that set of regulations will be applied outside of Europe. Previously, Zuckerberg has said that the company wouldn't necessarily be extending those user protections in full elsewhere in the world, telling Reuters earlier this month that he agreed with GDPR "in spirit" but not going so far as to say that it would be adopted as a worldwide standard. "We're still nailing down details on this, but it should directionally be, in spirit, the whole thing," he said at the time. Today, however, Zuckerberg changed his tune a little saying GDPR would be the standard going forward.

Congressman Green asked Zuckerberg directly if he would commit to extending GDPR protections to Americans and the CEO replied, "Yes, Congressman. We believe that everyone around the world deserves good privacy controls. We have had a lot of these controls in place for years. The GDPR requires us to do a few more things and we are going to extend that to the world."

Green also asked specifically about GDPR requirements to make requests for user content clear, concise and understandable and how Facebook would implement that in the US. Zuckerberg said that every users' Facebook app will feature a tool at the top of the page that will walk them through settings and ask them to make decisions about what settings they want to implement. The Congressman then asked if Facebook would also be implementing GDPR rules that require it to allow all users to get a full copy of their information and share it with any company they would like. The Facebook CEO replied that while the company may be updating these tools a bit, it has allowed users to download their data, delete it and move it as they wish for years.

Lastly, Green referred to the GDPR feature that gives users the right to object to having their personal data used for marketing purposes. "Will the same right to object be available to Facebook users in the United States and how will that be implemented," he asked. Zuckerberg said that he wasn't sure how the company would be implementing that in the US and said he would follow up with the Congressman.

Zuckerberg's testimony is ongoing and you can follow along with us here.

In this article: business, cambridgeanalytica, dataprivacy, facebook, GDPR, gear, hearing, HouseOfRepresentatives, internet, MarkZuckerberg, politics, security
All products recommended by Engadget are selected by our editorial team, independent of our parent company. Some of our stories include affiliate links. If you buy something through one of these links, we may earn an affiliate commission.