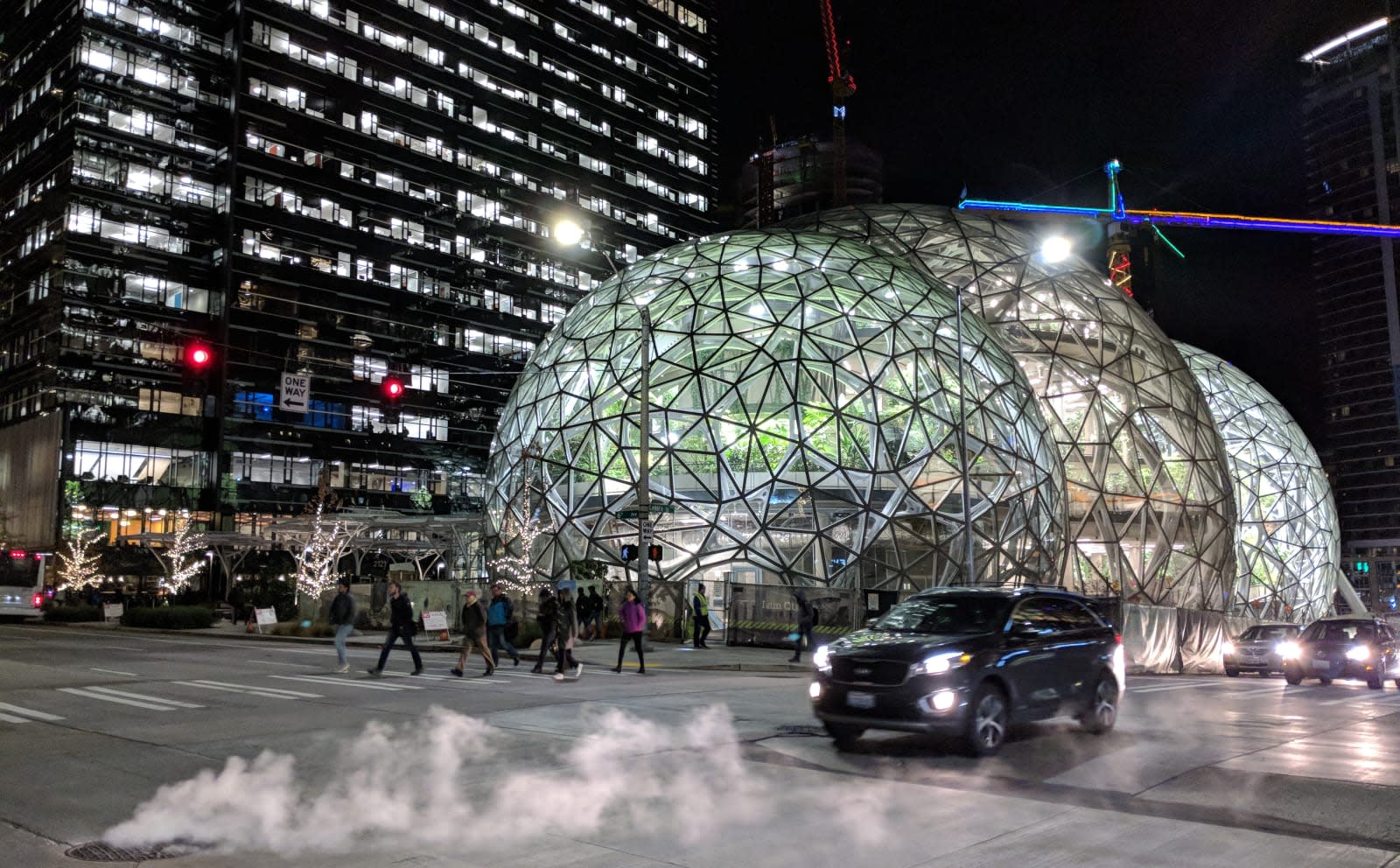 Amazon is extremely unhappy over a Seattle tax proposal that would set it back between $20 to $30 million a year that it halted its major expansion plans in its home city. According to The New York Times, the e-commerce giant has put the construction planning of a building it was going to build downtown later this year on pause. It's also reconsidering its plans to occupy a building that's already being built -- both of those decisions jeopardize 7,000 jobs in Seattle.

The city's tax proposal would charge employers in Seattle that make $20 million or more annually in taxable gross receipts -- and we all know Amazon makes a lot more than that -- $500 per employee. Seattle's goal is to raise $75 million from taxes, three-fourths of which will be used to build 1,800 affordable housing units in the city. Authorities will then use the rest to fund services for the homeless. Spokesperson Drew Herdener said Amazon has halted all construction planning "pending the outcome of the head tax vote by City Council."

According to city council member Mike O'Brien, Amazon didn't leave room for discussion when it informed the local government that it's putting all its construction plans on hold. It simply told them what it was going to do. The tech titan has been lobbying behind the scenes against the proposal for quite some time, likely because the $500-per-head tax would transform into a payroll tax by 2021 and could cost the company significantly more than $20 to $30 million. Besides, various locations across the US had already offered it tax breaks to become the site of its second headquarters.

If it decides to back the proposal and pay those taxes, though, we doubt $20 to $30 million would hurt the company deeply. It reported $51 billion in sales for the first quarter of 2018, 43 percent more than the same period last year. Amazon chief Jeff Bezos himself is worth $131 billion and spends $1 billion a year on his private space endeavor Blue Origin.

Council member O'Brien pointed out that while Amazon isn't solely to blame for the increasing homelessness in the city, the company and Seattle's booming tech industry as a whole are driving up costs of living and driving people out of their homes. Based on an annual report by the Department of Housing and Urban Development in 2017, Seattle now has the third largest homeless population in the country after New York and Los Angeles. City officials are struggling to find a balance, and they believe this tax proposal is the answer. "I need to run a city that has room for prosperous businesses," O'Brien said, "but doesn't do it at the expense of people getting pushed into poverty."