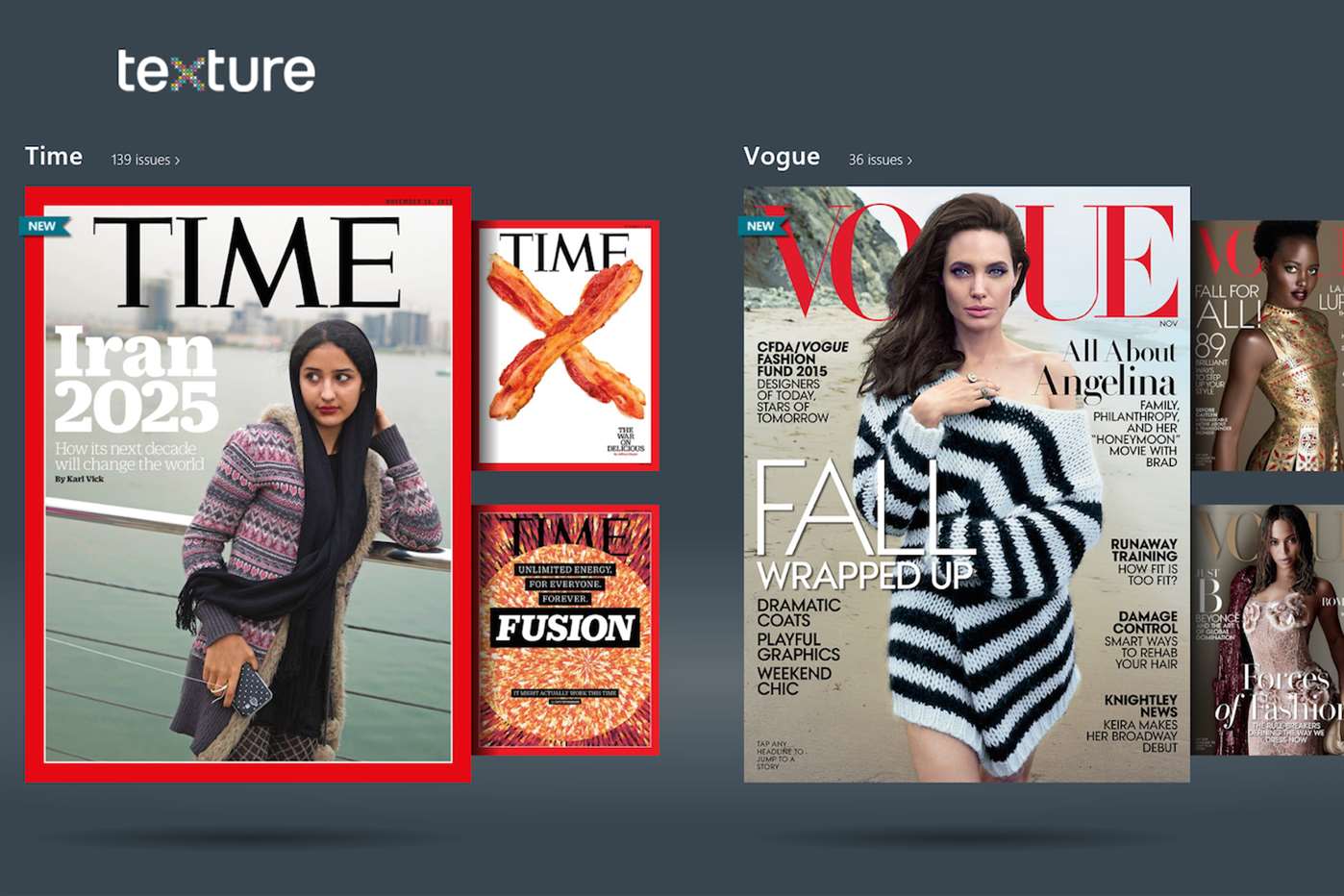 Apple bought Texture, the 'Netflix for magazines,' back in March as a clear bid to get in on an uncluttered media provider niche. The service gives subscribers unlimited access to a number of publications -- but now, you won't be able to use it on Windows devices. Without explanation, Apple informed users that the Texture app will be pulled from the Microsoft Store after June 30th. As of now, it will still be available for Android, Amazon Fire, and iOS.

It's a lot like when Apple acquired navigation app HopStop in July 2013 and, days later, pulled the Windows version. This time isn't quite the same, though. A note appeared on Texture's website explaining why the Windows version was removed: "To keep things working smoothly, older versions of the app sometimes need to be retired." Indeed, the app hasn't been updated in awhile and is rated poorly on the Microsoft store, so it's not undue reasoning -- but since Texture doesn't have a browser version, Windows subscribers will have to pick up a different device to keep using it, The Verge pointed out.

In this article: app, apple, entertainment, magazine, media, publishing, services, texture
All products recommended by Engadget are selected by our editorial team, independent of our parent company. Some of our stories include affiliate links. If you buy something through one of these links, we may earn an affiliate commission.