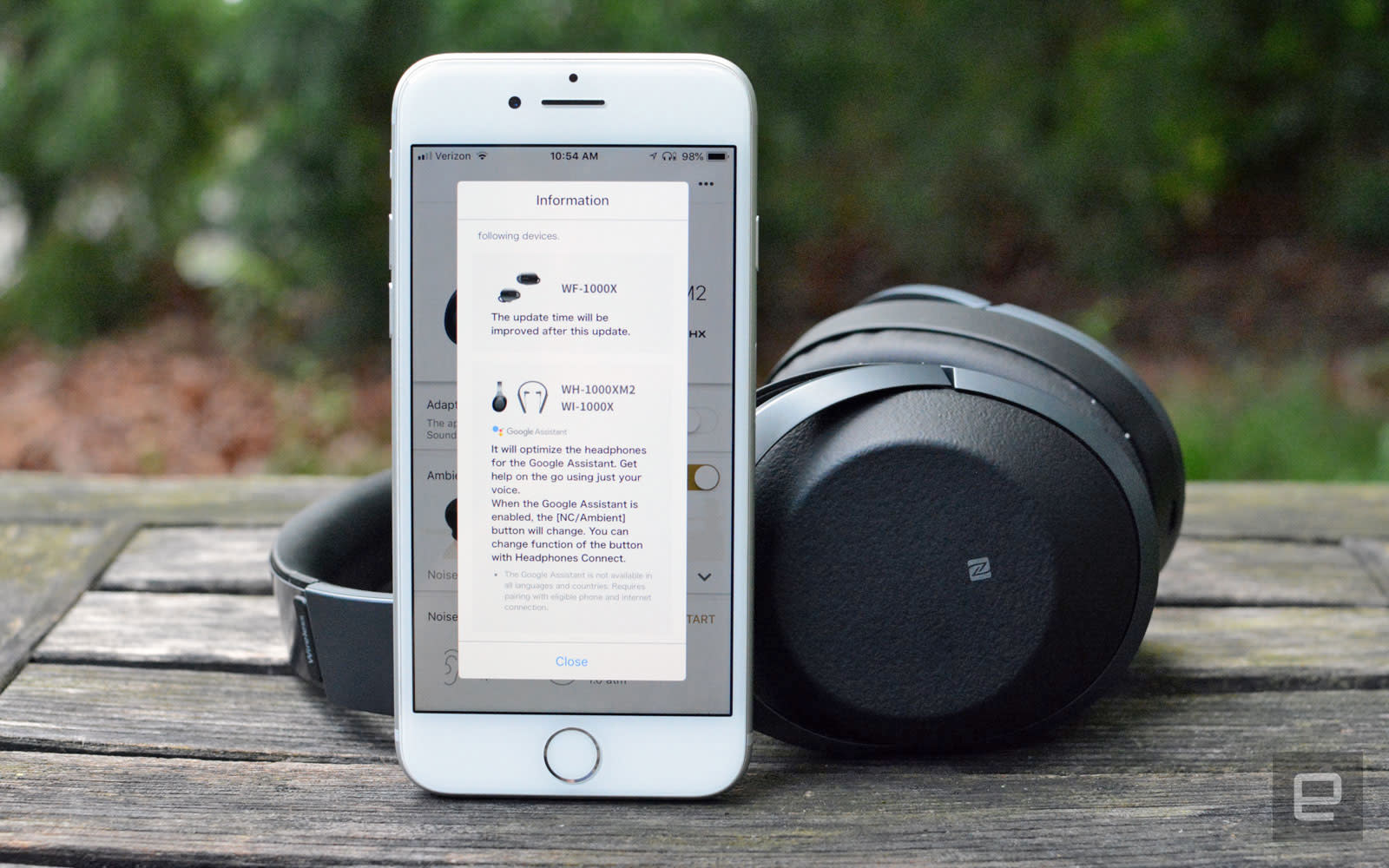 Today, the Sony WH-1000XM2 and WI-1000X headphones received software update 2.0.0, which integrates them with Google Assistant. A number of headphones already allow this with a press and hold of the call button, but full integration has additional benefits. Adding new functionality to an existing product (without having to pay for an upgrade) is something we're never going to complain about, so it's great to see Sony and Google making this move. Android Police first spotted the update, but we've confirmed with our own set of headphones.

These headsets might not have dedicated Google Assistant buttons like the Bose QC35 II Bluetooth headphones, but they also won't cost you $350 to upgrade if you already own a set. However, you can change the noise cancellation button to summon Google Assistant instead.

This new integration also gives you direct access to Google Assistant on iOS -- these headphones were previously compatible with Siri and defaulted to Apple's voice assistant before this. You can also now receive Google Assistant spoken notifications on these two Sony headsets, and push-to-talk works faster.

At CES, Google promised that headsets new and old would work with Google Assistant, and it looks like the company is living up to its promise. Three more Sony headsets should be getting a similar update soon: the WH-CH900N, the WH-H900N and the WF-1000X.

In this article: av, earphones, gear, google, googleassistant, headphones, sony
All products recommended by Engadget are selected by our editorial team, independent of our parent company. Some of our stories include affiliate links. If you buy something through one of these links, we may earn an affiliate commission.