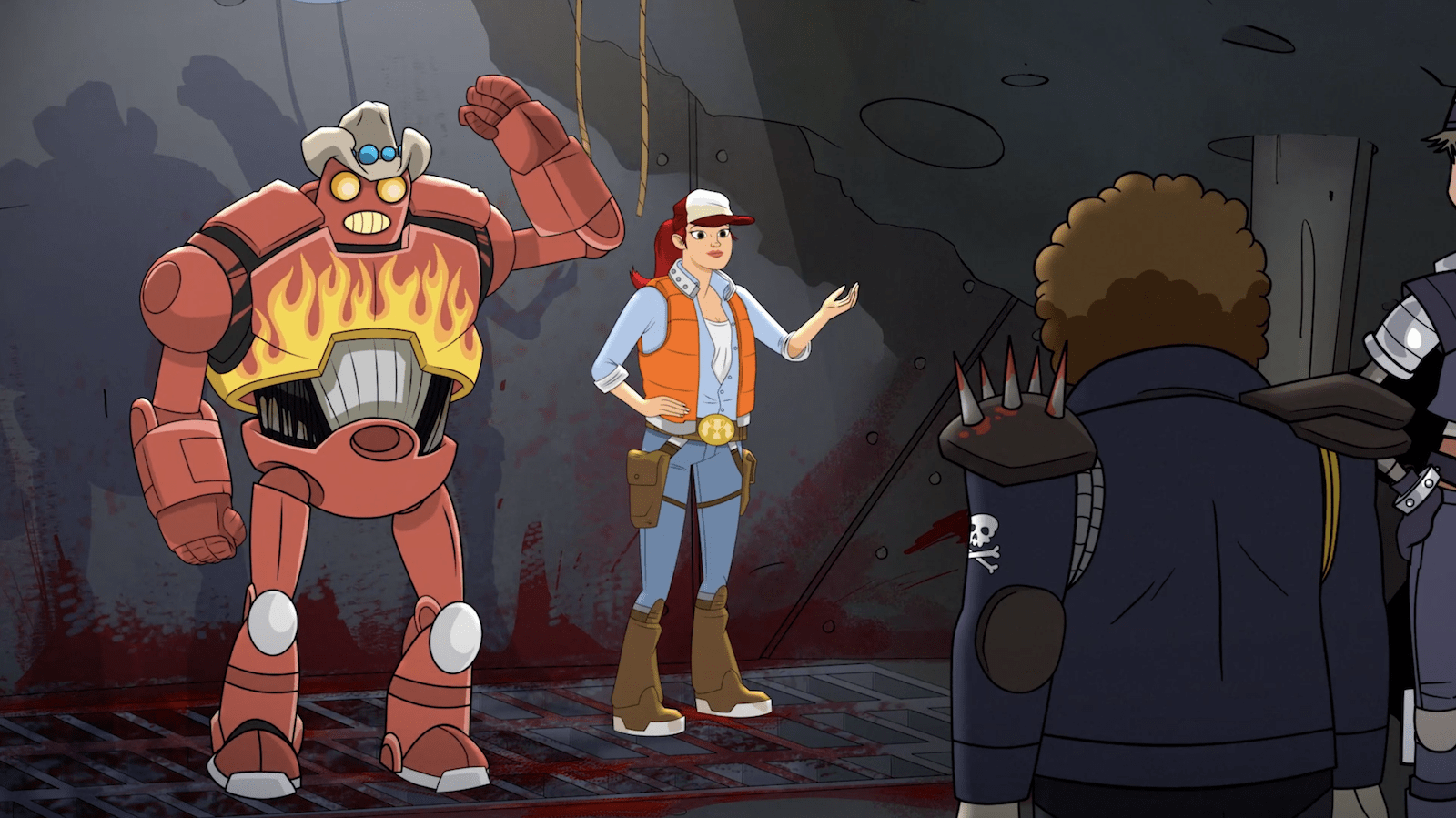 Earlier the month, YouTube announced a new Kat Dennings- and John Cena-led animated series for its Red, soon to be Premium, platform -- a buddy comedy from the company behind BoJack Horseman about a space trucker and a robot. In Dallas & Robo, the two travel together between different worlds, delivering goods and getting into trouble.

YouTube has now released a trailer for the eight-episode series and in it we see the Dennings-voiced Dallas driving through space in her flame-painted truck and hanging out in bars with her Cena-voiced robot pal. She describes them as a "boozy ex-stock car racer and an overly sensitive AI," while superimposed text says they're "accidentally saving the solar system one trucking job at a time." There's also a whole slew of fights, both in bars and in space with rivals and cannibal bikers. Oh, and Dallas' truck is apparently registered under the name Harry Undersack.

You can check out the trailer below. All eight episodes drop on May 30th on the WWE YouTube channel.

In this article: animated, av, dallas&robo, entertainment, google, internet, johncena, katdennings, series, video, youtube, YouTubePremium, youtubered
All products recommended by Engadget are selected by our editorial team, independent of our parent company. Some of our stories include affiliate links. If you buy something through one of these links, we may earn an affiliate commission.