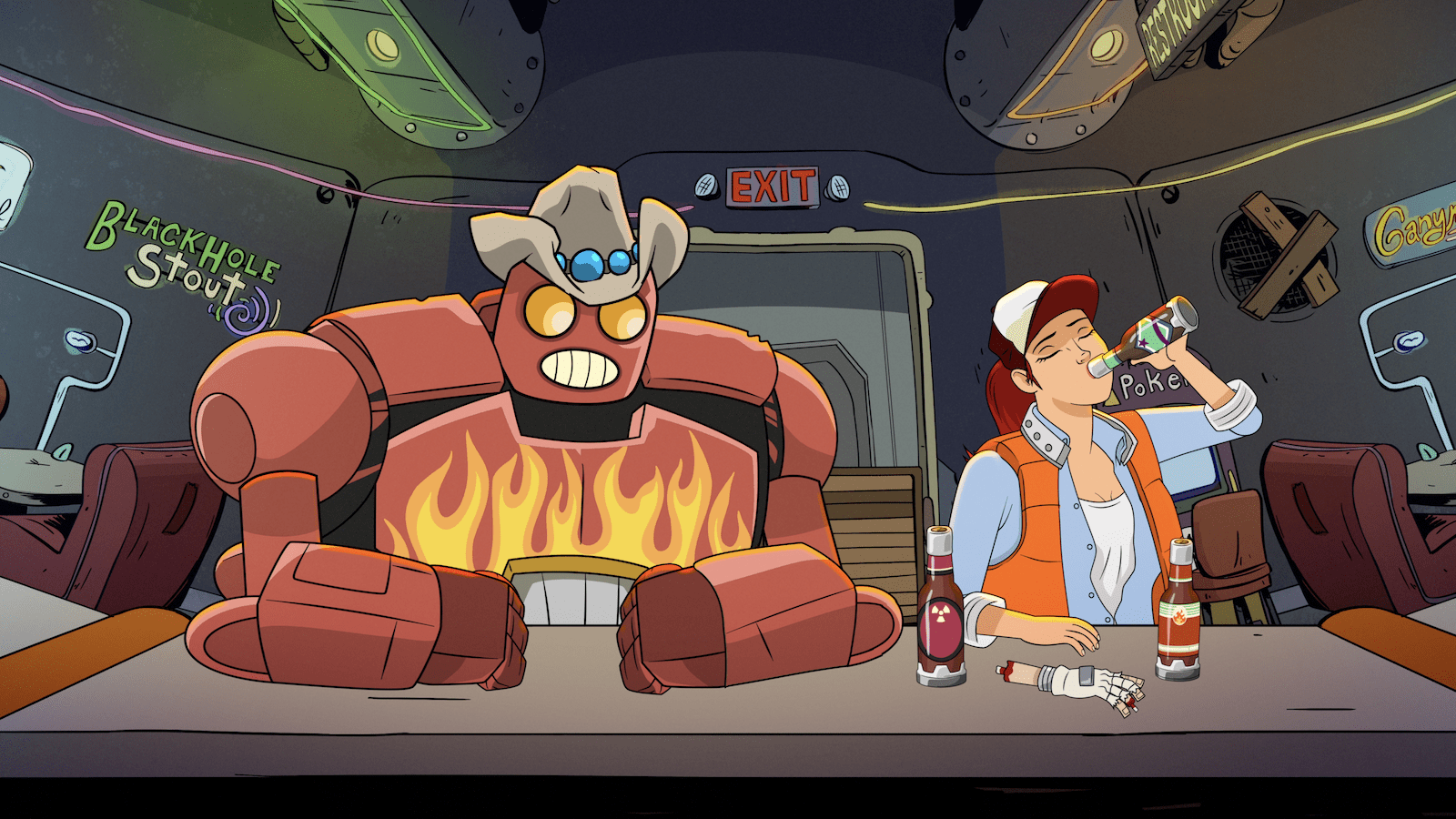 YouTube Red's upcoming animated series Dallas & Robo is set to premiere on May 30th and it stars Kat Dennings (2 Broke Girls) and pro wrestler -- now actor -- John Cena. Dallas, played by Dennings, is a space trucker who teams up with Cena's Robo -- a cowboy hat-sporting AI robot. In the comedy, the two run into cannibal bikers and rival space truckers as they travel between different worlds on their flame-painted truck.

The eight-episode series will also feature characters voiced by Jane Lynch, Giancarlo Esposito, Taran Killam, Clancy Brown, Nat Faxon, Dana Snyder, Bree Williamson and Milana Vayntrub. It was created by Mike Roberts (BoJack Horseman, F is For Family) and is produced by one of the companies behind BoJack Horseman. All episodes will be released at once on the WWE YouTube channel.

In this article: animated, av, bojackhorseman, dallas&robo, entertainment, johncena, katdennings, services, TV, youtube, youtubered
All products recommended by Engadget are selected by our editorial team, independent of our parent company. Some of our stories include affiliate links. If you buy something through one of these links, we may earn an affiliate commission.