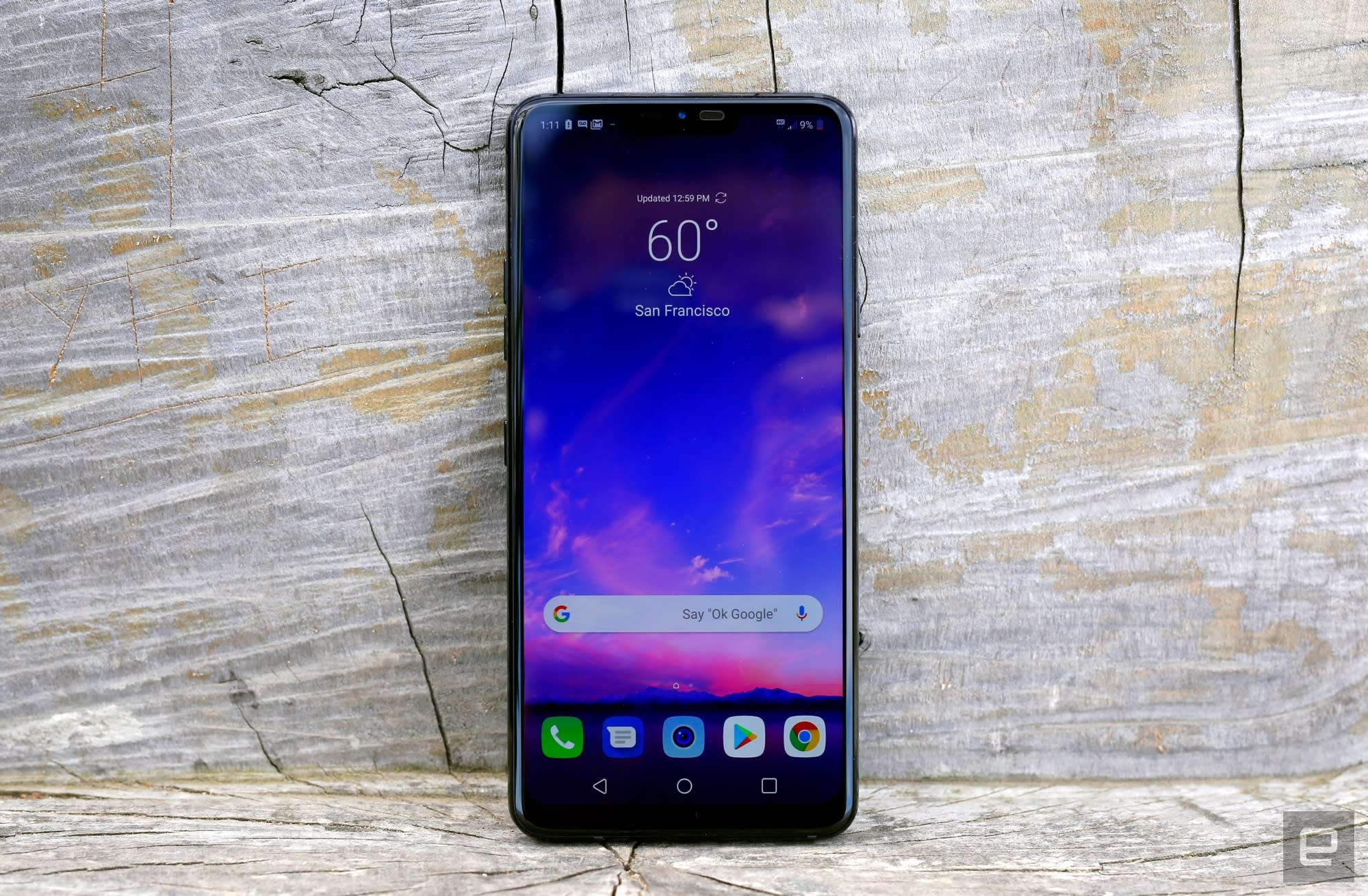 If you've decided that the LG G7 ThinQ is more appealing than its major rivals, you now know when and how you can get it in the US. Sprint, T-Mobile and Verizon are all beginning pre-orders this week, starting on May 24th for Verizon and the 25th for its rivals. The notch-happy smartphone will officially launch across the carriers on June 1st. Pricing, however, is a different story -- the G7's cost varies signifcantly between networks.

The best offer so far appears to be at Sprint. It'll cost $33 per month on an 18-month Sprint Flex lease, but you get another G7 for free if you have a second line. T-Mobile, meanwhile, is asking for $30 down and $30 per month spread across two years. Verizon isn't asking for money up front, but it's charging a slightly higher $31.25 per month over those same two years. You're looking at spending $750 if you can't stand installment plans. However you pay, it appears that the G7's US price is in the ballpark of the Galaxy S9 and may leave you deciding more based on personal preferences than your pocketbook.

As for AT&T? Short of buying an unlocked device elsewhere, you're out of luck. The carrier has ruled out carrying the G7 in favor of an exclusive device this summer. It's coy about what that means, but AndroidHeadlines believes a leaked V35 ThinQ might be available instead. Imagine it as what the V30 ThinQ should have been -- it would have the G7's camera chops, Snapdragon 845 and far-field voice recognition, but would carry the same notch-free design as the original V30. While you wouldn't have quite as dramatic a screen, you'd have the G7's most valuable features.

In this article: android, att, g7, g7thinq, gear, lg, mobile, pre-order, smartphone, sprint, t-mobile, v35, v35thinq, verizon
All products recommended by Engadget are selected by our editorial team, independent of our parent company. Some of our stories include affiliate links. If you buy something through one of these links, we may earn an affiliate commission.