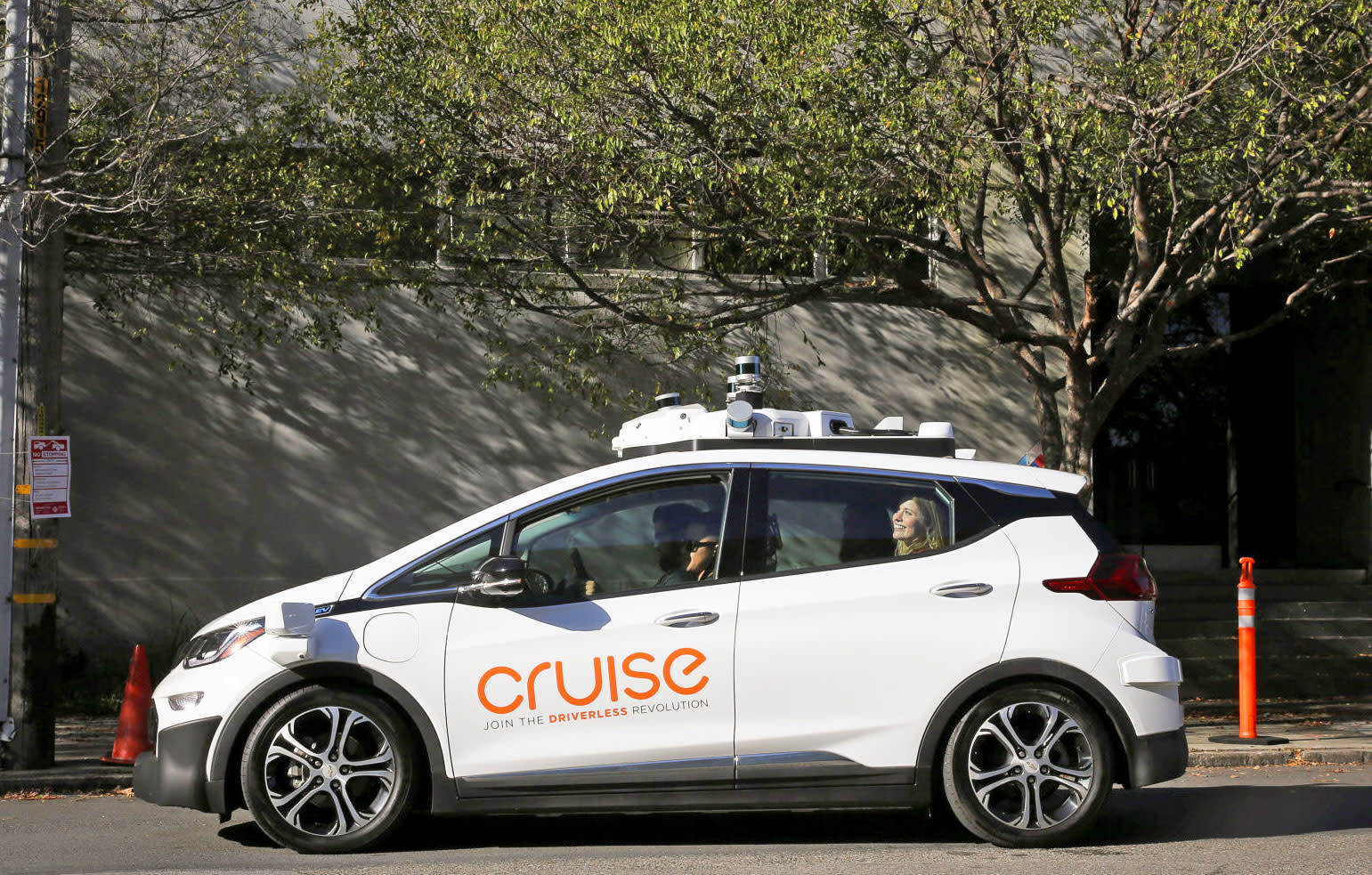 Earlier this year, Oscar Nilsson sued GM over an accident involving one of the company's self-driving Chevy Bolts. In December, according to Nilsson, the Bolt began changing lanes but then suddenly swerved back into Nilsson's lane, knocking him and his motorcycle over and causing injuries to his neck and shoulder. Now Nilsson and GM have reached a settlement. "The parties anticipate finalizing all details and filing a joint stipulation for dismissal with prejudice within thirty (30) days, or before June 29, 2018," says a court filing announcing the agreement.

GM has not admitted to any fault on the part of the Chevy Bolt. An accident report said that Nilsson's motorcycle "had just lane-split between two vehicles in the center and right lanes" and had then moved into the center lane, "glanced the side of the Cruise AV, wobbled and fell over." The company also said in a statement at the time that "the SFPD collision report stated that the motorcyclist merged into our lane before it was safe to do so." The DMV accident report noted that Nilsson was at fault for "attempting to overtake and pass another vehicle on the right under conditions that did not permit that movement in safety."

The details of the settlement have not been released. A GM spokesperson told Jalopnik, "The parties have mutually agreed to resolve a lawsuit filed by a motorcyclist following a minor traffic incident in late 2017." Nilsson's attorney said, "The case has been resolved to my client's satisfaction."

In this article: accident, AutonomousVehicles, chevybolt, cruise, gear, GM, lawsuit, Self-drivingCar, transportation
All products recommended by Engadget are selected by our editorial team, independent of our parent company. Some of our stories include affiliate links. If you buy something through one of these links, we may earn an affiliate commission.