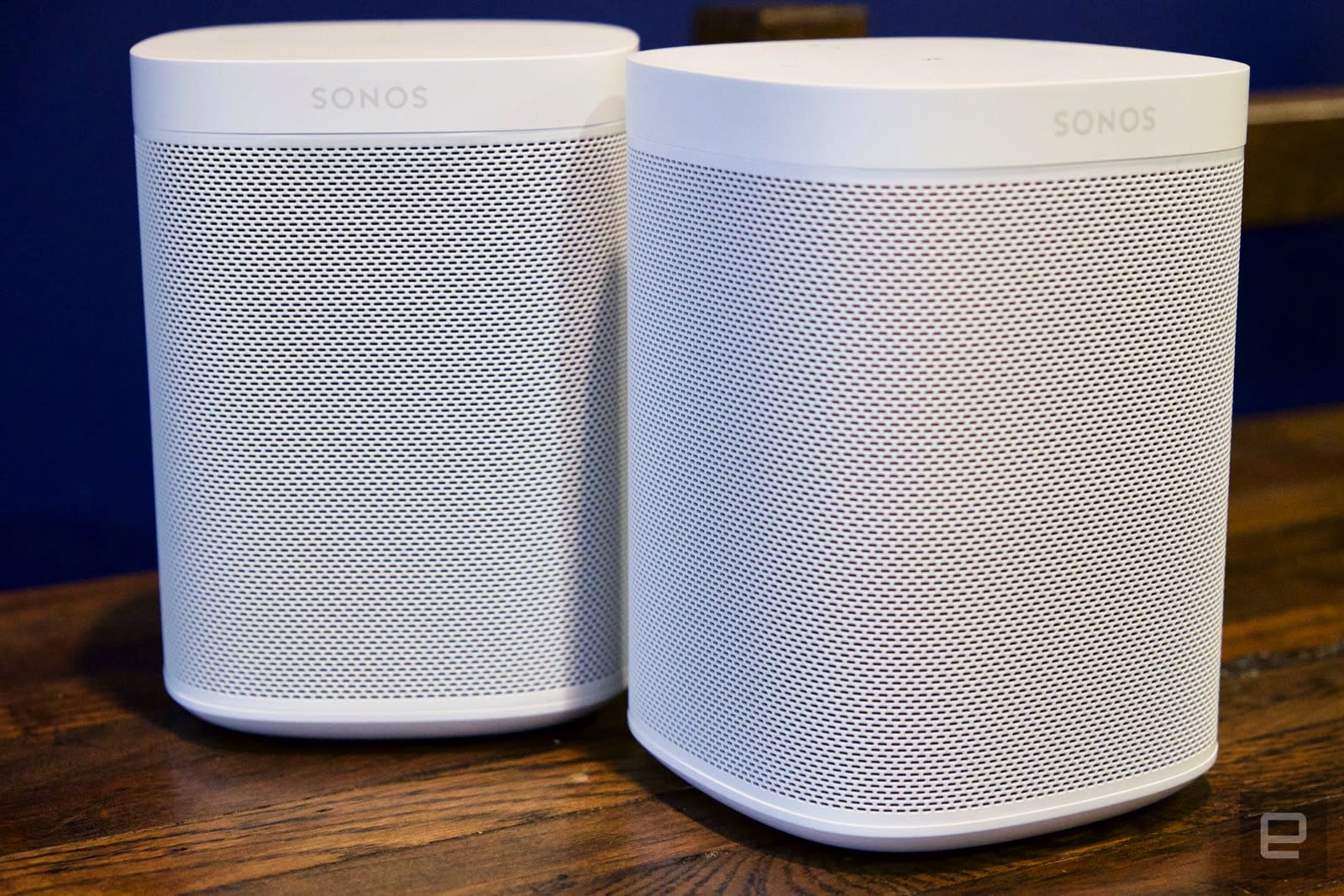 Smart speaker and home audio company Sonos is holding an event in San Francisco today, and the first bit of news is that AirPlay 2 support is coming in July. As previously announced Apple's latest streaming protocol will work with the Sonos One, Playbase, and Play:5 speakers -- anything older than that won't be supported, unfortunately. The update will come via software update, and it'll let you group together multiple Sonos speakers through Apple's apps. This means you can start up songs in Apple Music and send them directly to Sonos without having to use the dedicated Sonos app.

Sonos gave a quick demo showing off what AirPlay 2 can do. The demo started with music playing on an iPad and the demonstrator then used AirPlay to start music on a Sonos speaker; from there he was able to ask Alexa on the Sonos One to skip to the next track. While Alexa on the Sonos One doesn't let you choose songs from Apple Music, it can do basic pause, play, volume and track skipping for any music service. As long as the speaker is playing, Alexa can do these basic controls.

The demo also showed how Siri on iOS devices can work with Sonos thanks to AirPlay 2. Obviously, you can ask Siri to play songs via Apple Music, but AirPlay 2 lets you tell Siri what room or on which device you want to play on. This also means that you can have a home with a variety of AirPlay 2 devices (including the HomePod) and use Siri to control them all without having to jump between apps. And if you have a Sonos One (or have hooked Alexa up to older Sonos devices using an Echo), you can still use Alexa to execute other audio controls.

Unfortunately, Sonos said it is still working on tight integration with the Google Assistant and there's no word on when that update would roll out for the Sonos One. We also don't have an exact date for when AirPlay 2 support will arrive, but at least we know it'll be soon.

Update, 12:45PM ET: Sonos has also announced the new Beam living room speaker, which will be available on July 17th. The company confirmed it'll ship with AirPlay 2 support, so it's safe to guess that the software update for older speakers will also arrive on or around that day.

In this article: airplay, airplay2, amazon, apple, av, entertainment, gear, sonos
All products recommended by Engadget are selected by our editorial team, independent of our parent company. Some of our stories include affiliate links. If you buy something through one of these links, we may earn an affiliate commission.