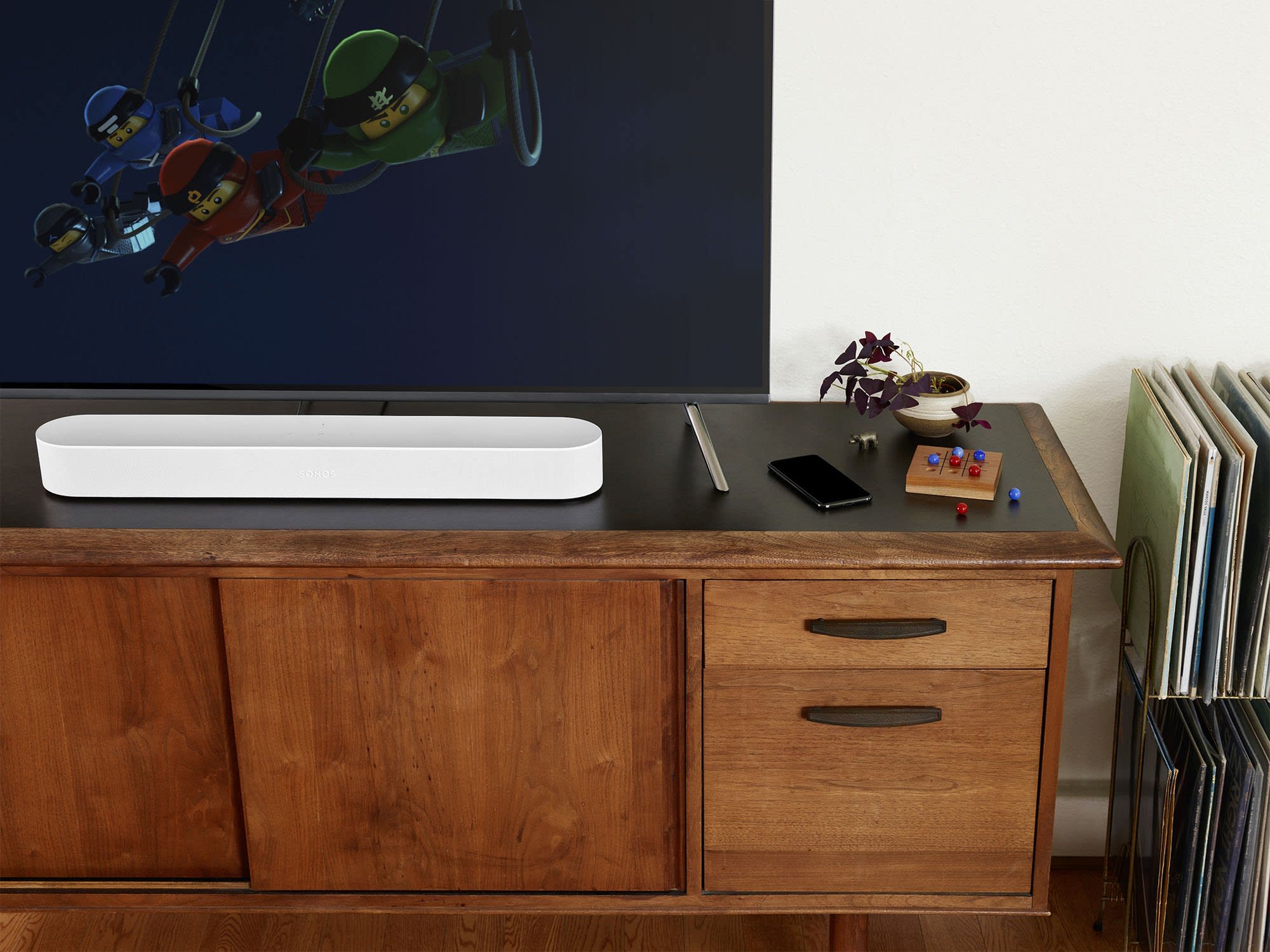 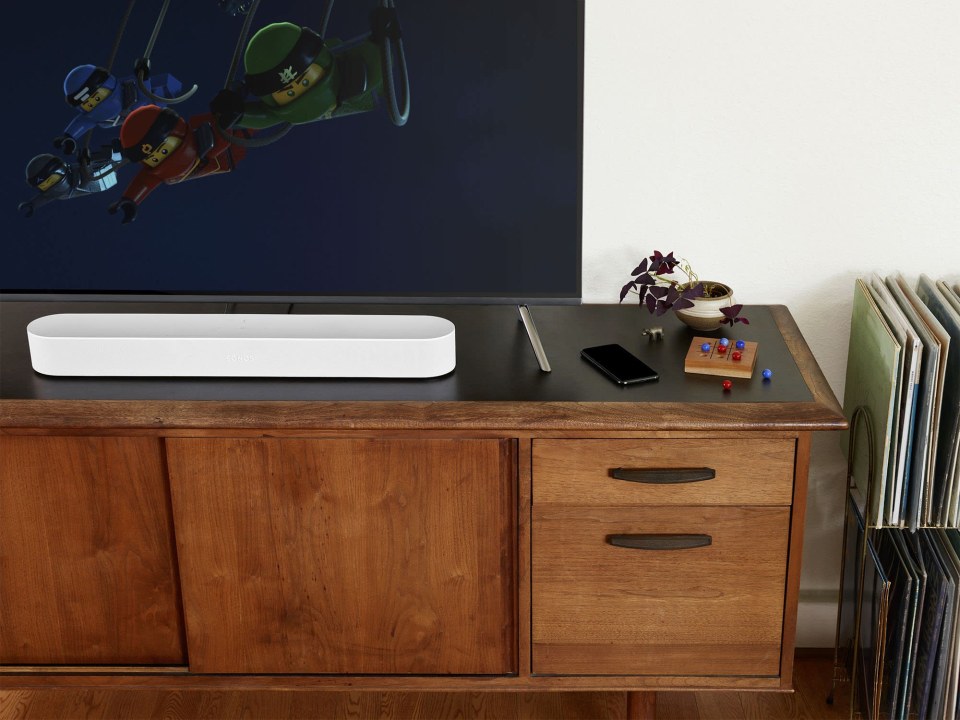 The wait for Sonos fans is over. That rumored new speaker codenamed "S14" has just been unveiled in San Francisco today, and it's just as we expected (and more). The Sonos Beam (as it's officially called) is indeed aimed at home theatre and comes with smart home/voice control credentials and the much-coveted HDMI ARC connectivity (along with ethernet). While we had a good idea of more or less what the new hardware from Sonos might offer, we didn't know what it would look like (a much smaller, cooler Playbar, basically), or how it fits in the broader Sonos ecosystem.

The Beam ($399) basically replaces the old Playbar and joins the Playbase, jostling for space under your television. Unless, of course, you're still rocking the Playbar from 2013 (in which case your upgrade choice just got a little more complicated). The main differences between last year's speaker and this one though are all in the details.

Clearly, it's smaller, which if you've ever seen the Playbar is a good thing. It's about 60 percent smaller according to Chris Kallai, Sonos' VP of hardware Product Management. The Beam also inherits the modern design language of more recent speakers. But the most exciting features are inside (or around the back).

The addition of the HDMI (ARC) port means it will integrate much more tightly with your television. This means you can now control your TV with your voice via the Alexa integration, and it will (likely) also work with your current TV remote.

Other enhancements like "night mode" increase the volume of quiet sounds, while lowering loud ones, perfect for watching action movies at night without waking the whole family.

And then of course, there's AirPlay 2 support, which will be available at launch (July 17). Sonos already said it was coming after Apple announced the updated version of its home-streaming protocol last year, but only just made it available on its own speaker, the HomePod. AirPlay 2 — with its support for multi-room speakers — is a perfect fit for Sonos of course, so it's good to see it present here, and now at least, the Sonos-faithful can stop waiting for it (at least those that buy the Beam).

In this article: audio, av, gear, hdmi, s14, smarthome, smartspeaker, sonos
All products recommended by Engadget are selected by our editorial team, independent of our parent company. Some of our stories include affiliate links. If you buy something through one of these links, we may earn an affiliate commission.