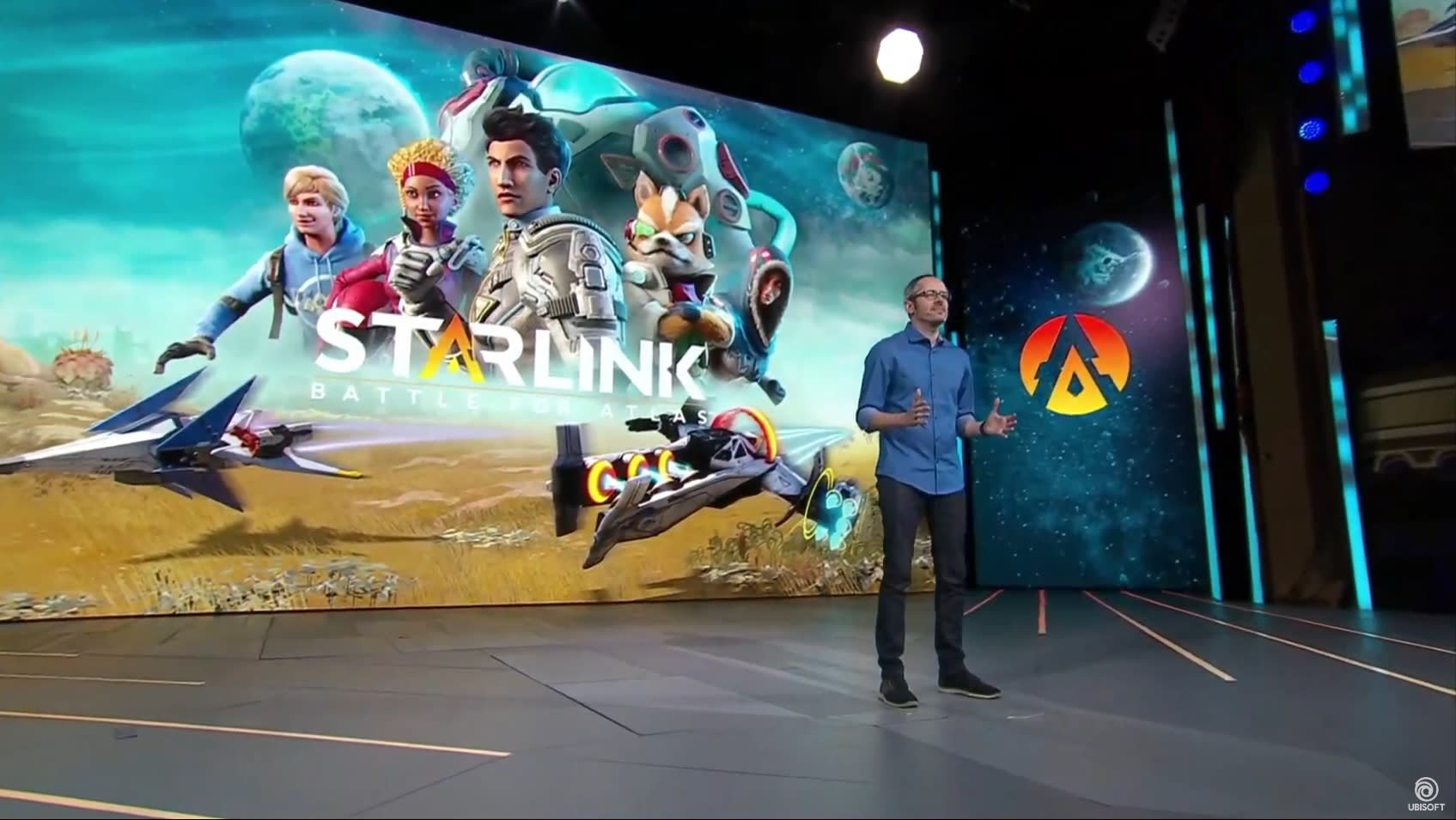 Ubisoft debuted Starlink debuted at least year's E3 as a next generation toys-to-life game -- a Skylanders in space, if you will, and heir to Disney Infinity. The modular spacecraft models looked pretty cool when we got our hands on them, but today we saw a full-fledged trailer of the game (full title Starlink: Battle for Atlas), which looks like Destiny toned down for the Saturday morning cartoon demographic. But there's another gamer group that might want to rush out and play: Ubisoft revealed that Star Fox's Fox McCloud will come exclusively to the Switch version of the game, and yes, you can buy a cool Arwing toy to go with it.

Ubisoft even brought out Nintendo legend Shigeru Miyamoto to the stage, who was presented with the first working Arwing model for the game. All versions (including PS4 and Xbox One) come out October 16th, but again, our favorite starfigher-flying fox mercenary is only coming to the Switch edition. That will be sold with the Arwing model and several modular extras for $75.

In this article: av, e32018, gaming, starfox, Ubisoft
All products recommended by Engadget are selected by our editorial team, independent of our parent company. Some of our stories include affiliate links. If you buy something through one of these links, we may earn an affiliate commission.