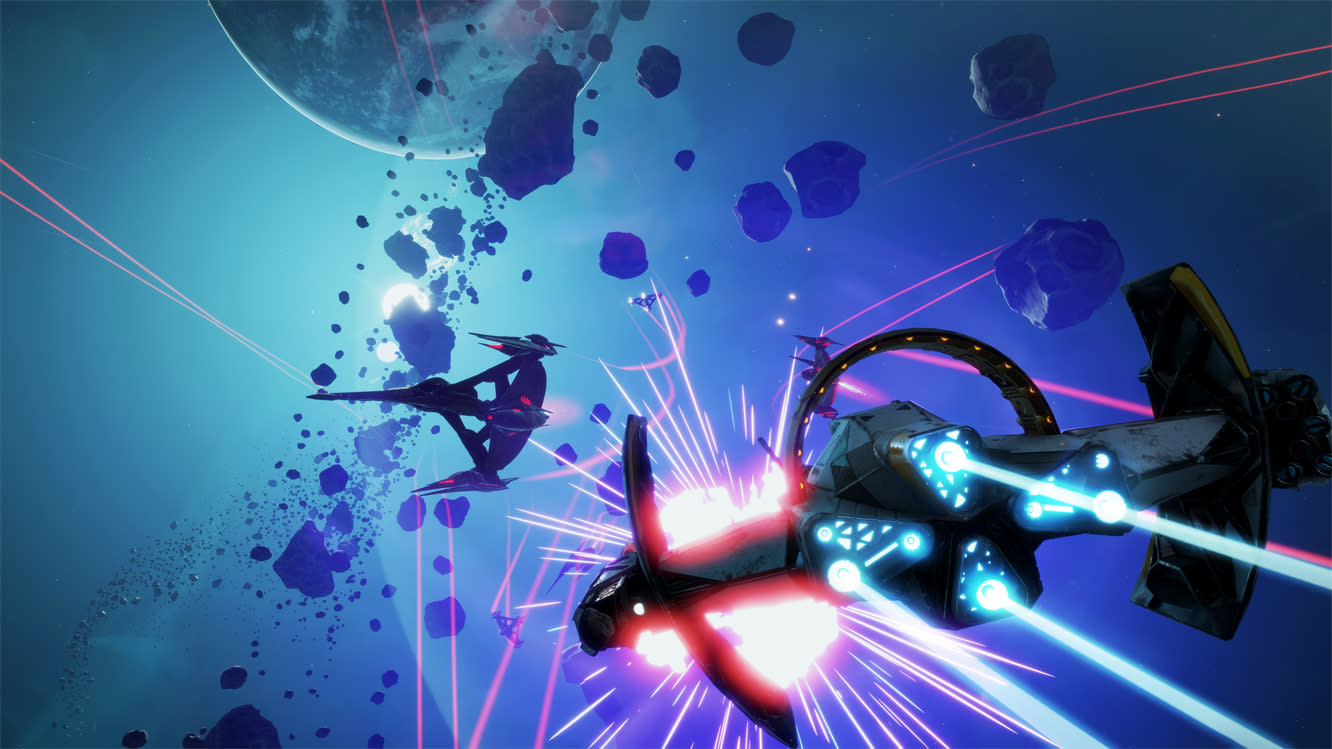 In the spirit of games like "Skylanders," "Disney Infinity" and "LEGO Dimensions", Ubisoft Toronto announced at E3 on Monday that it's jumping into the toys-to-life genre with "Starlink: Battle for Atlas". In Starlink, you command a fleet of talented space pilots in their defense of the Atlas star system against a legion of robotic invaders. And this game isn't just a series of space battles, you'll be able to seamlessly travel between seven unique worlds, explore them and then jump back into the cosmos for more fighting.

Unlike other toy-to-life games that leveraged NFC or RFID "portals" to put the characters in-game, Starlink slaps the whole thing on your controller. You'll be able to heavily customize your in-game ships with different pilots, hulls, wings and weapons to find the exact match for your preferred playstyle.

Interestingly, rather than have to navigate a complex set of component menus, you simply replace parts directly on the physical model and their digital counterparts appear instantly in-game. If that sounds like a hassle, you can also leave the models on the shelf. "We designed that idea that every physical part that you buy, you will unlock a digital part" Starlink creative director, Laurent Malvill, told Games Industry. "So if you want the full experience, you can play with the starships on top of your controller. But if you want to just display the collectibles on your shelf, and play the game without them, you can do that as well."

"You will also be able to buy the digital part separately, without the collectibles, if you want," Malvill continued. "Just because, again, we want to provide freedom for players."

Starlink is slated for a Q4 2018 release on Nintendo Switch, PS4 and Xbox One.

In this article: applenews, e32017, gaming, internet, starlink
All products recommended by Engadget are selected by our editorial team, independent of our parent company. Some of our stories include affiliate links. If you buy something through one of these links, we may earn an affiliate commission.