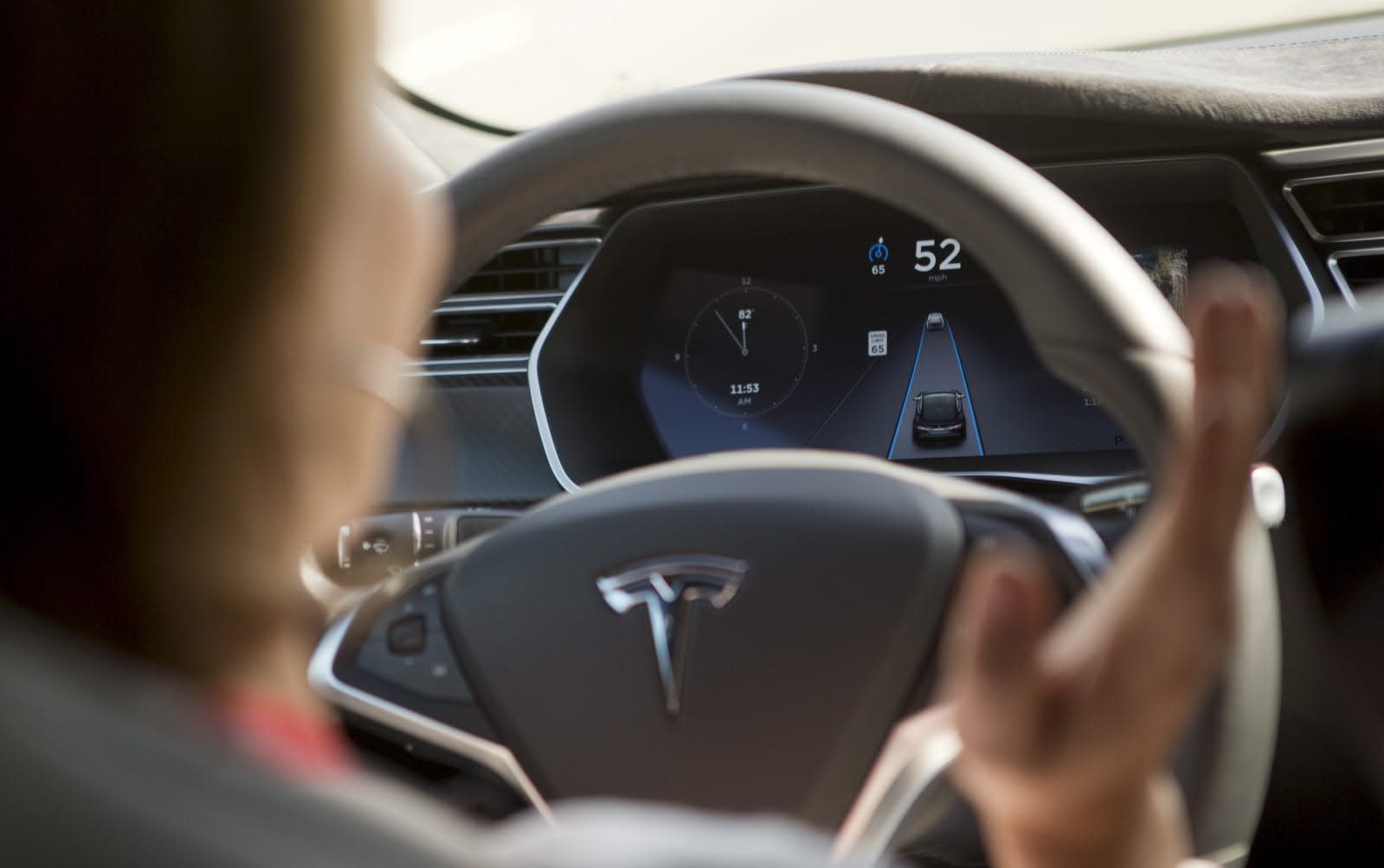 In light of recent crashes where Tesla said drivers didn't pay sufficient attention while on Autopilot, it's rolling out updates to address the problem. The first one, issued several days ago, nags drivers to "hold steering wheel" more frequently than before -- some have seen it as often as every 15 seconds, though the frequency of the alert can vary due to speed, surrounding traffic, visibility and other similar factors. However, drivers didn't get that just grabbing the wheel alone didn't stop the warnings. So, Elon Musk explained that Tesla will be "adjusting the screen alert to clarify that we mean 'slight up or downward force on the wheel,' not really "hold the wheel."

Will be adjusting screen alert to clarify that we mean "slight up or downward force on the wheel", not really "hold the wheel"

Many drivers disliked the more frequent warnings, in part because they didn't know how to stop them. "I now need to white knuckle death grip the wheel to keep away the nags," said one. This information is in the owner's manual, but drivers either didn't read it or had forgot that the wheel isn't grip sensitive, but instead detects turning motions (ie, steering). The new warning should thus make it clearer exactly how you can get rid of it.

Tesla already had a fairly rigorous Autopilot warning system, implemented in 2016 after investigators found that a driver's hands were off the wheel for several minutes before a crash. However, the warnings probably wouldn't have helped in the crash that killed engineer Walter Huang, as the NTSB found he had his hands on the wheel until just six seconds before the crash.

Sigh. This is crux of matter: can't make system too annoying or people won't use it, negatively affecting safety, but also can't allow people to get too complacent or safety again suffers. Latest update should have a positive effect on latter issue especially.

As Elon Musk's tweet above reflects, Tesla is trying to find a balance between the potential benefits of Autopilot and terrible human behavior. The system has proven multiple times that it can increase safety -- In one case, the onboard radar spotted a car that had slowed well ahead and applied the brakes before the driver could even see the resulting accident. On the other hand, some drivers assume that the Autopilot is literally that; one even took it so far as to leave the driver's seat at 40 mph on a highway.

Update: This story has been updated with more information on how Tesla decides how frequently to "nag" drivers to put their hands on the wheel.

In this article: Autopilot, Autosteer, gear, SteeringWheel, Tesla, transportation
All products recommended by Engadget are selected by our editorial team, independent of our parent company. Some of our stories include affiliate links. If you buy something through one of these links, we may earn an affiliate commission.