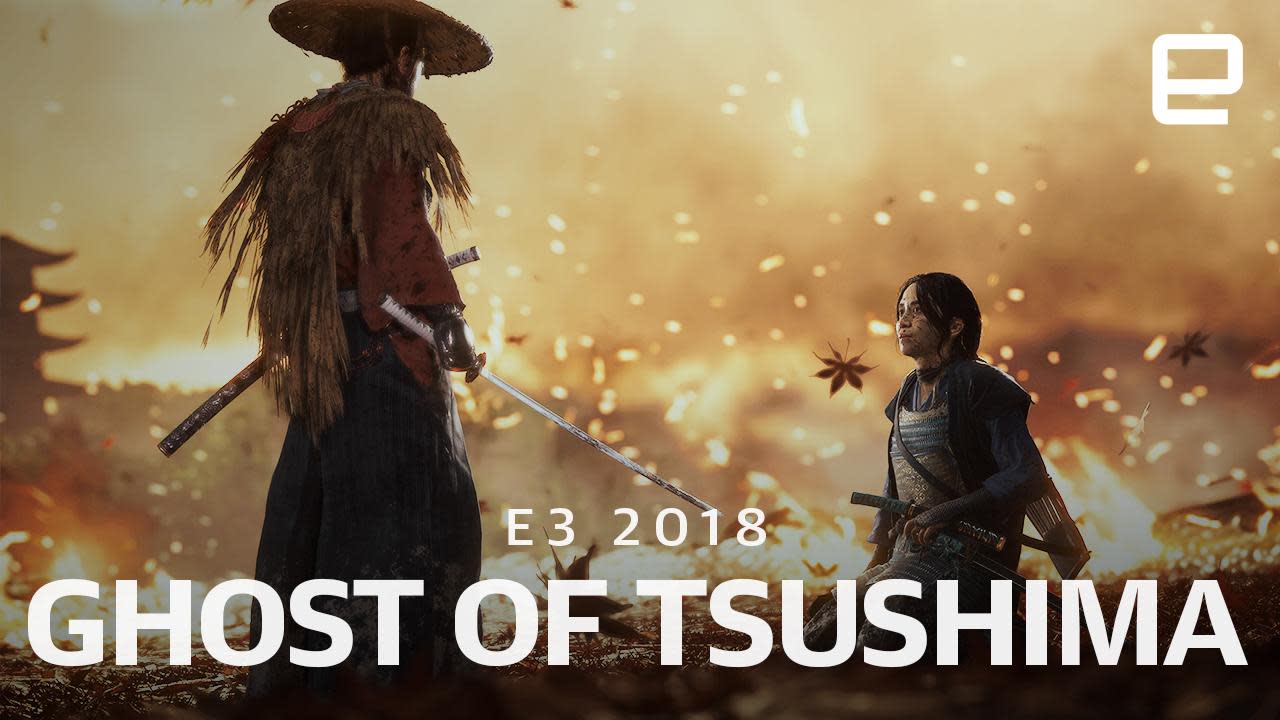 It's not often that classic Japanese cinema and modern console gaming intersect, but in Sucker Punch's upcoming samurai adventure, Ghost of Tsushima, the two meld seamlessly. The studio has taken great effort to reproduce the game's setting in 13th-century Japan as accurately as possible and the effect is like playing your way through an Akira Kurosawa film.

"It's definitely the most ambitious technical or artistic project that we've ever worked on," Tsushima's Artistic Director, Jason Connell, remarked.

The game takes place on the western Japanese island of Tsushima, nine days into the first Mongolian invasion of Japan back in the year 1274. During the battle for the island, fewer than a hundred samurai faced off against an invading force of thousands. You play as Jin Sakai, a member of the era's aristocratic class (and dead lookalike for a young Toshiro Mifune) who must transcend his identity as -- and understanding of -- what it means to be a samurai in order to defend his island home and drive the Mongol horde from its gorgeously rendered shores. "We're really trying to capture the natural beauty of Japan," Chris Zimmerman, the Co-Founder and Co-Studio Head for Sucker Punch productions told Engadget. "And if you've ever been, it's just gorgeous. Obviously the Kurosawa films were big influences for us and one of the things that you can really see influence shine through is the amount of movement you see."

"There's always natural things going on in the background whether its flowing grass here, the clouds moving by, fluff blowing in the wind, leaves blowing," he continued. "That natural beauty is a super important part of this experience."

"Wind is a huge part of our direction," Connell explained. "It's kind of a throwback to some of our favorite samurai films."

The production team also went to great lengths to get even the most subtle details right. Sucker Punch sent teams on fact-finding missions to the island, which included scanning rocks to ensure that the tint of mosses growing on them in the game are representative of what you'd see in real life. "We know exactly the day [the Mongols] invaded," Zimmerman said. "We know exactly the beach they landed on. And we have stood on that beach."

Connell also points out that while it isn't to scale, the in-game island precisely matches the actual geography. "If you look at a top-down view of the [in-game] map, it is the shape of the island and that's quite interesting," he remarked.

The team even attended the annual celebration commemorating the day that the Mongols landed on Tsushima. "When we talk to Japanese people about the trailer," Zimmerman boasted, "they're like, 'yeah, there are times when I'm watching it where I really feel like I'm home.'"

Game development also focused on ensuring that both the onscreen text and Japanese voice-overs were accurate for the time period. "All our actors are native Japanese speakers but we actually have to have a dialogue coach on stage to help them speak ancient Japanese correctly," Zimmerman said, "to not have modernisms creep in."

This attention to detail carries over to the game's combat system as well. "You wouldn't believe how much effort we put into the details of the katana," Zimmerman said. For example, the team apparently spent an inordinate amount of time designing each katana's hand guard (or, tsuba). Furthermore, the character's fighting style itself changes slightly depending on the number of enemies you face. "This is an iconic part of being a samurai; being in a duel," Zimmerman explained. "We really want to capture that." As such, the combat system is designed to scale up all the way from one-on-one combat to dealing with hordes of Mongols.

The game appears to have become a passion project for the team. "I mean, this was actually the thing that's exciting for us as creators," Zimmerman concluded. "Especially for people that are super-fascinated with Japanese culture, like me, Nate Fox (our game director), and a lot of the other people on the team... this is an excuse to spend years learning more and more."

In this article: av, design, e32018, gaming, ghostoftsushiba, PS4, samurai, sony, videogame
All products recommended by Engadget are selected by our editorial team, independent of our parent company. Some of our stories include affiliate links. If you buy something through one of these links, we may earn an affiliate commission.