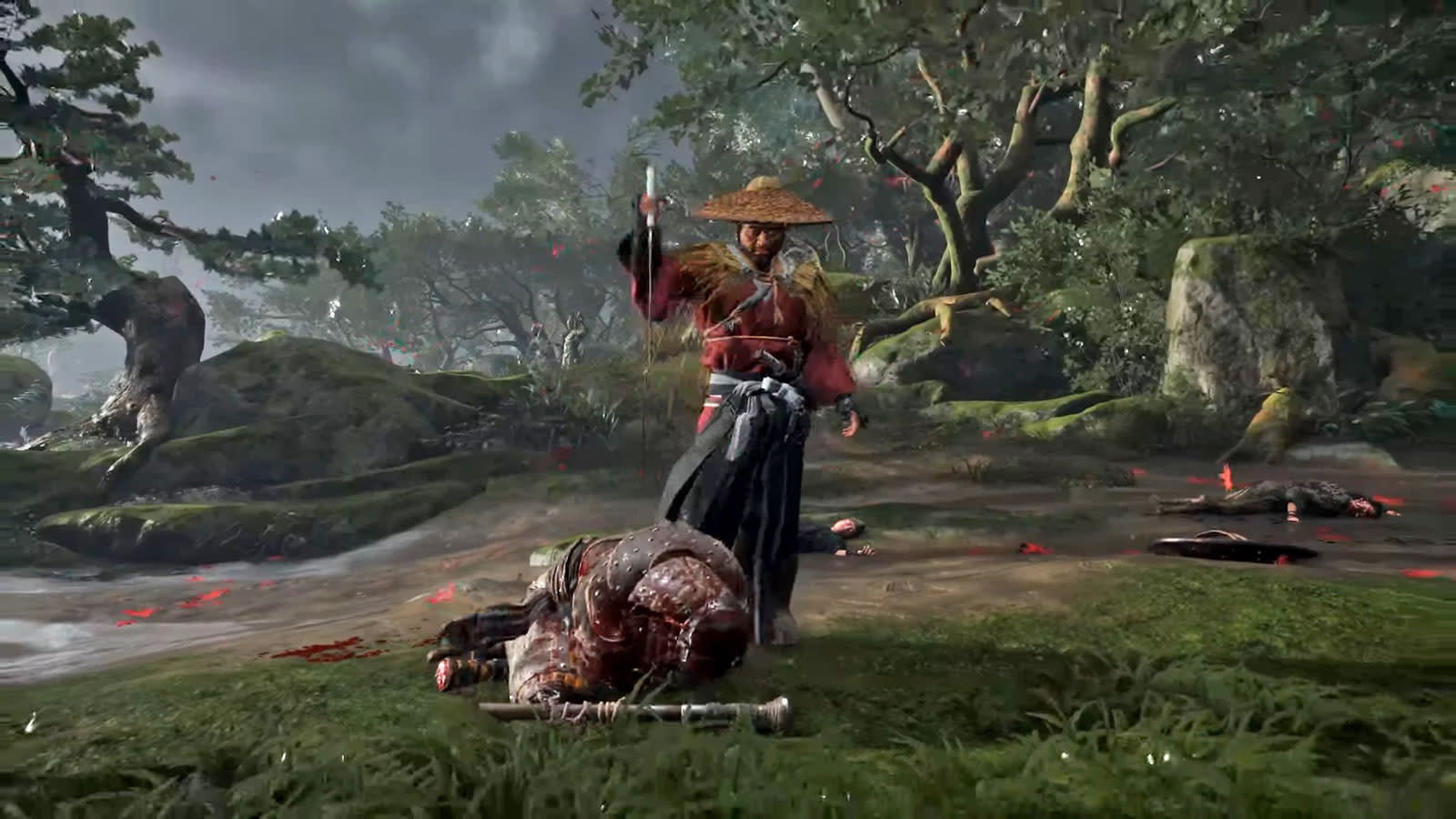 We've just gotten our first look at developer Sucker Punch's Ghost of Tsushima. In the demo, we saw plenty of combat, with the player executing parries like we haven't seen since Xbox One launch title, Ryse: Son of Rome. Except, you know, without all the quick-time events. Our protagonist is just as adept at sneaking through the bushes and stealthily taking out guards with his sword, clambering around on rooftops a la the old Tenchu: Stealth Assassins games, and then sinking his blade into hapless foes below.

Combat look to borrow from the Batman Arkham games, with you switching between targets, in rhythm on the fly. Until you start a one-on-one fight. Then the camera shifts to a 2D plane of sorts, and the combat is much more deliberately paced. And well, that's the extent of what was shown off in PlayStation's E3 tent.

Sony first showed the game off way back in October of last year, with naught but a trailer. Developer Sucker Punch has previously worked on the Infamous series, with the last entry, Second Son and its expansion First Light coming out in 2014. Tsushima is a markedly different game for the studio, which has previously focused on superheroes and the living, breathing open-worlds they inhabit. Its latest project looks a bit more moody, but nonetheless extremely exciting.

We'll have more info from the game in the next days, so keep it tuned here for more.

In this article: av, e3, e32018, gaming, GhostOfTsushima, samurai, sony, suckerpunch
All products recommended by Engadget are selected by our editorial team, independent of our parent company. Some of our stories include affiliate links. If you buy something through one of these links, we may earn an affiliate commission.