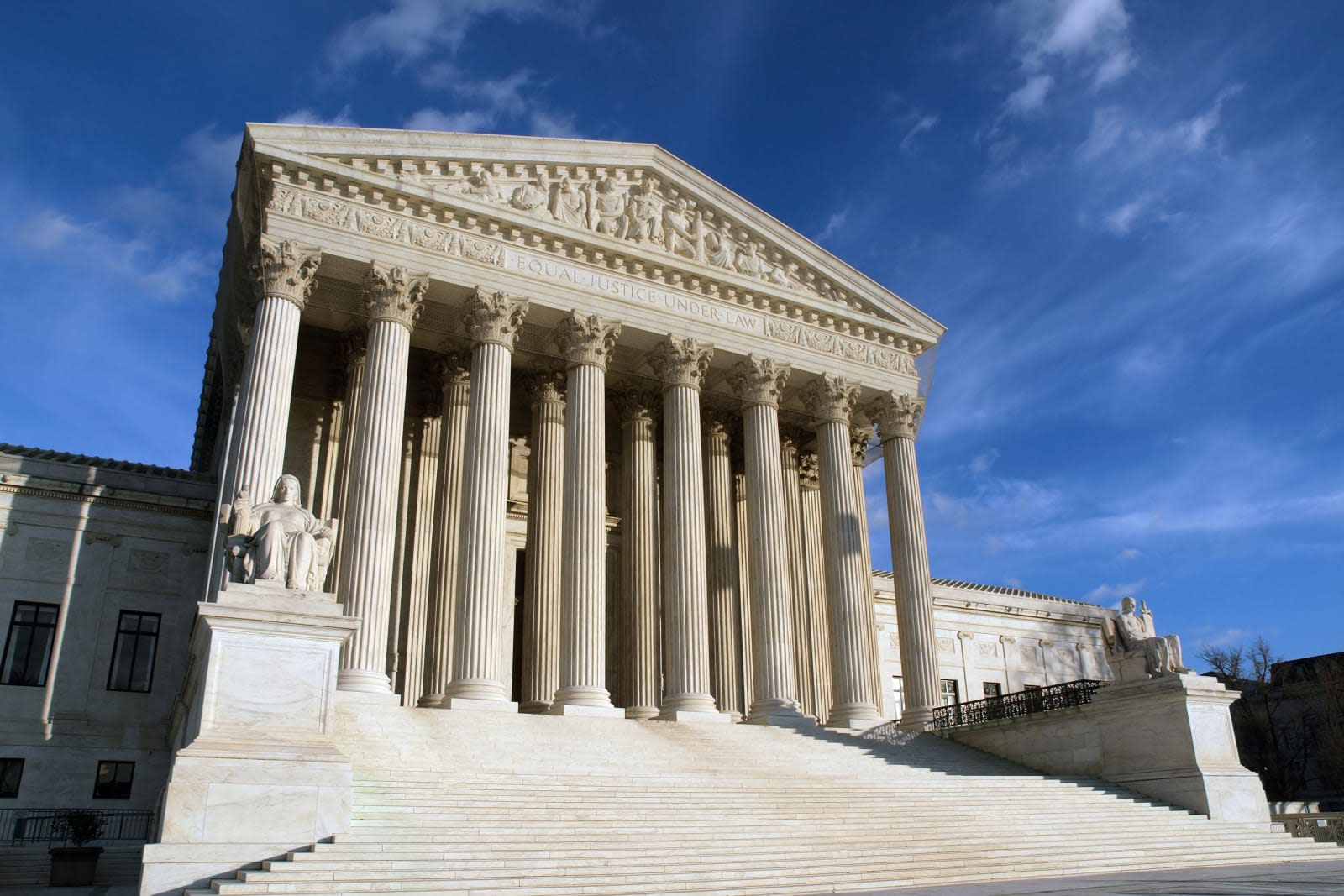 It's not unheard of for internet retailers to collect sales tax regardless of where their customers are located, but they might not have much choice before long. The US Supreme Court has ruled that states can force online stores to collect sales tax, reversing a 1992 precedent that let companies avoid sales tax when they didn't have a physical presence. South Dakota (with the support of 41 other states, two territories and DC) had taken action against Newegg, Overstock and Wayfair after enacting a tax collection law in 2016, arguing that the presence rule was "arbitrary." The state put enforcement of the law on hold until it could definitively establish that it was constitutional.

The online stores have contended that charging sales tax would be "burdensome" for small- to mid-sized shops. They often don't have the resources to handle the patchwork of sales taxes across multiple states, according to the retailers, while larger outlets like Amazon don't have that problem. They instead suggested that Congress should pass legislation simplifying online sales tax to create a level playing field. There have been measures in the works, but nothing enacted so far.

In making the 5-4 decision, the court acknowledged but largely tossed out the internet companies' arguments. Justices determined that the presence rule was becoming "further removed from economic reality" every year, and that the costs of honoring sales taxes were largely disconnected from whether or not a company had a physical footprint. They added that the lack of sales tax was leading to "significant revenue losses," especially in states where a lack of income tax didn't give them many alternatives. Estimates suggested that the states missed out on $8 billion to $33 billion per year.

Some states will still have to pass new legislation to demand tax from out-of-state orders, and that isn't always guaranteed. As for the impact? It's likely to be mixed. The ruling could easily improve revenue in states that have taken a hit from online sales. Even so, there's no doubt that this could hurt internet shopping in some respects. It's likely to negate some of the price advantages that come from buying online, as you might guess, but there's also the possibility of creating headaches for smaller e-commerce outfits that might lose a price advantage over heavyweights already paying state sales taxes.

In this article: amazon, business, e-commerce, gear, internet, law, newegg, overstock, overstock.com, salestax, shopping, supremecourt, tax, wayfair
All products recommended by Engadget are selected by our editorial team, independent of our parent company. Some of our stories include affiliate links. If you buy something through one of these links, we may earn an affiliate commission.