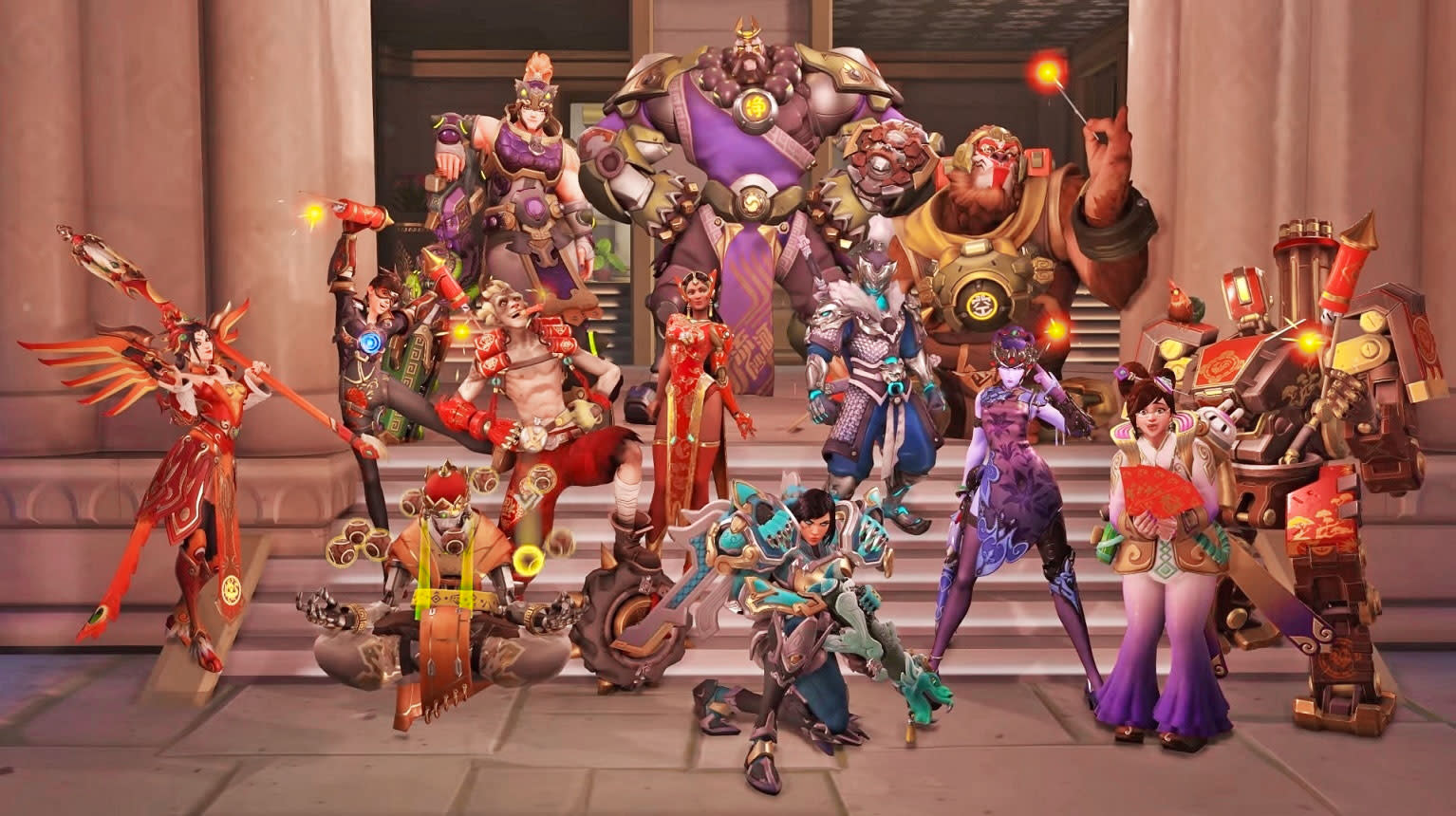 The Play of the Game highlight at the end of Overwatch is arguably one of the best bits of the game. Now, nearly two years after starting the application process, Blizzard has finally confirmed it wants to patent it. Submitted in December 2016 and made public just two weeks ago, the patent describes the algorithm behind the feature, which lead designer Jeff Kaplan described last year as being "about 70 percent of where we want Play of the Game to be."

The patent describes winning categories in detail -- maybe in a bid to prevent other game devs from copying scoring methods -- including shutdown, sharpshooter and life saver. It works largely as you'd expect. When a match has been completed, the game server performs a pass over the event log and gives each event a plurality of scores. Each of the scores represents a different play of the game category and each category is associated with a different set of criteria used for scoring.

In describing sharpshooter, for example, the patent says, "A sniper character generally has an extremely long range and therefore the distance factor may be weighed less heavily when determining the sharpshooter score for a sniper shot. In addition, certain factors may be weighted higher than others due to drastically increasing the difficulty of the shots, such as shots where the player, the enemy, or both are airborne." The patent also includes a clause for sharing plays to social media.

It's unlikely that Blizzard intends to prevent other studios from implementing their own highlight features – Call of Duty, for example, has been showing "kill of the match" for more than 10 years, although the quality and algorithms behind that one are oft-debated among gaming circles. The patent is pretty detailed, so it's likely designed to protect precise names and scoring methods, and can act as a foundation going forward. As Kaplan said in an interview last year, the algorithm "catches a lot of cool stuff, but it's nowhere near as awesome as I think it will be some day."

Update: This article has been updated to reflect that Blizzard intends to protect its replay system, but hasn't yet received the patent for it.

In this article: algorithm, av, Blizzard, business, design, gaming, JeffKaplan, LifeSaver, Overwatch, patent, personal computing, personalcomputing, PlayOfTheGame, sharpshooter, shutdown
All products recommended by Engadget are selected by our editorial team, independent of our parent company. Some of our stories include affiliate links. If you buy something through one of these links, we may earn an affiliate commission.