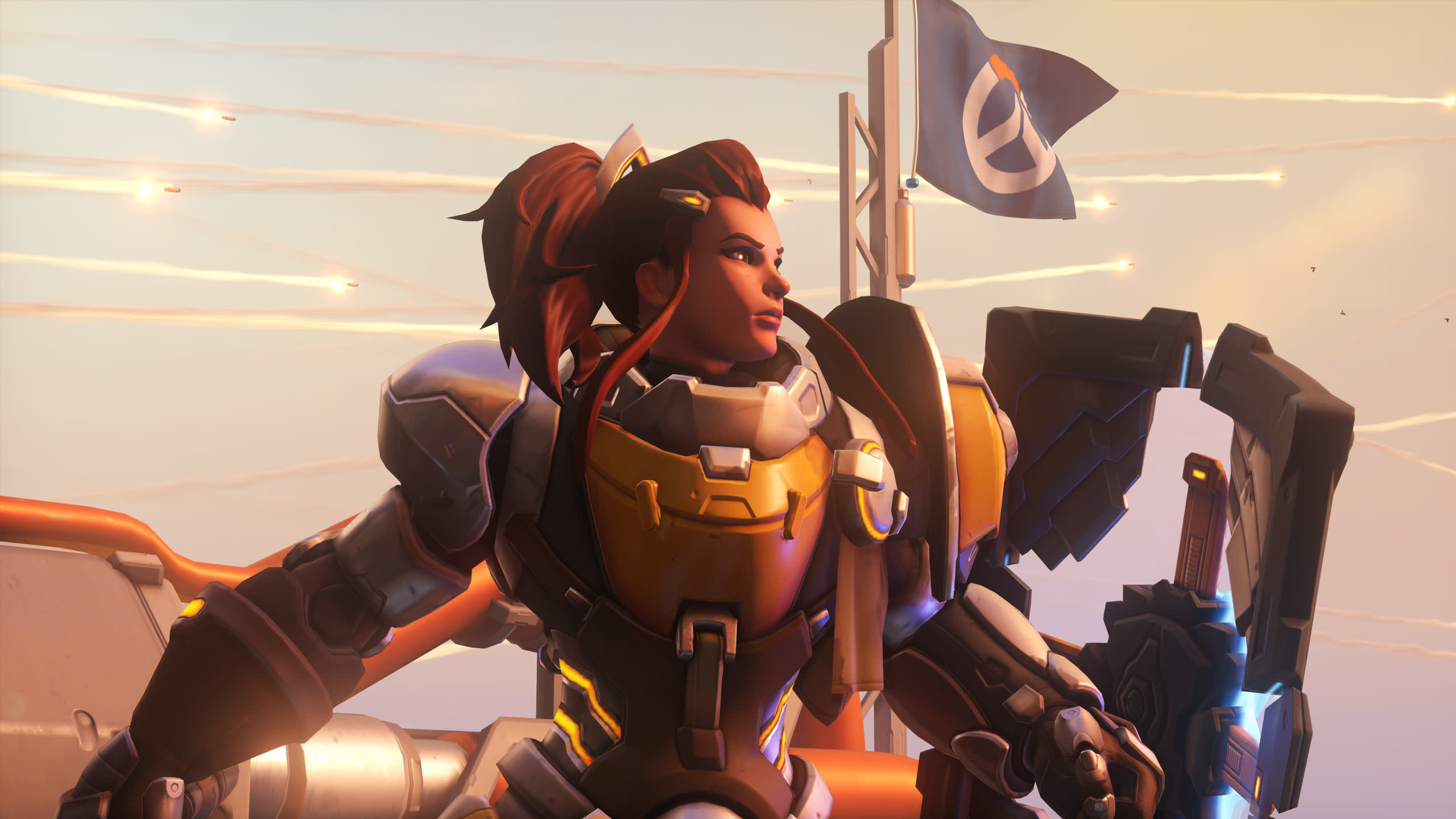 As is custom for Blizzard, last month the company dropped a couple hints on Overwatch's Twitter account before announcing a new hero and immediately adding her to the PTR. Today, the front-line battle healer Brigitte has been added to the game across all platforms.

I will prove myself!

Play Brigitte now on PC, PlayStation 4, and Xbox One!

Brigitte is a support character blending offensive and defensive abilities. Her healing boosts are similar to her father Torbjörn's armor packs and a shield like Reinhardt's with a charge-stun and distance-whip boop for variety. Finally, her ultimate creates an aura that adds armor to teammates in a radius around her, sort of like an ongoing version of Lucio's ultra ability.

Brigitte showed up a month before the game was even released in the Overwatch comic Dragon Slayer, featuring the young armorsmith squiring for an aged-yet-valiant Reinhardt. Her reveal trailer showed her young tinkering days as the oldest daughter of turret-daddy Torbjörn. What else could she do but follow in his and her godfather Reinhardt's footsteps by joining the fight? One hopes that she doesn't forget her childhood experiments trying to strap her cat onto a jetpack, which is Blizzard's nod to a wild character concept that fans have (understandably!) clung to for years...