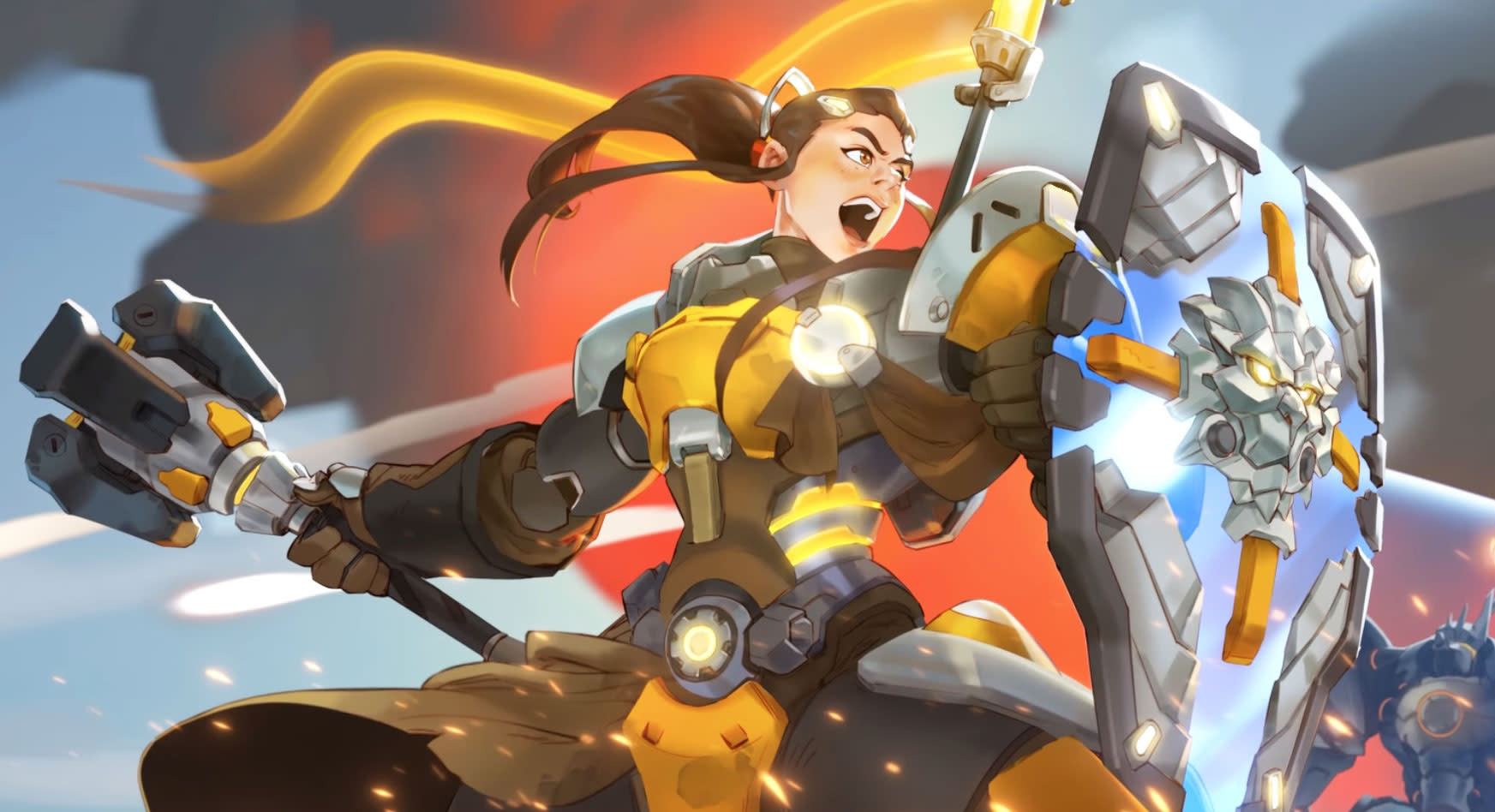 There was a time when the Overwatch team spent months dripping out information about a new hero for fans to obsess over. But now it's content to simply drop a new one out of nowhere like a dropped mic and revel in the game's overjoyed community. Today is one of those days: Brigitte, a new melee support hero, has joined the fray -- and you can play her right now on the game's PTR servers.

Brigitte has been in the background of the game for years, first shown repairing Reinhardt's armor in the 'Dragon Slayer' comic, though the Overwatch Twitter account has been teasing her reveal. In the lore, she's the daughter of everyone's favorite dwarf Swede, Torbjörn, and goddaughter of the heroic hammerer Reinhardt. In the game, she's a melee healer that balances armor, defense and health restoration -- in essence, the first true 'support' character in the game. And like the last new addition Moira, Brigitte is a cool reshuffling of existing heroes' powers.

Like Reinhardt, her basic mace attack has a slight AOE and distance effect -- but every hit with it heals nearby allies. She also has a deployable shield, and though it's only enough to cover herself, it's coupled with a cool charge ability that stuns enemies. Another ability hurls her mace outward knocking back what it hits -- the opposite of Roadhog's hook, say. Her healing feature, Repair Pack, is a projectile version of Torbjorn's ability that heals up to the character's cap -- and any remainder is granted as armor. Finally, her ultimate, Rally, gives her a small speed boost and provides an armor aura similar to Lucio's Sound Barrier.

Clearly, Overwatch has heard the need for distinctly different support characters and provided another that balances healing with utility and damage. With a wide-ranging kit and durability, Brigitte is an intriguing addition. But fans should pay close attention to her reveal trailer, since it hints at another beloved character concept that Blizzard shelved early in the game's development...