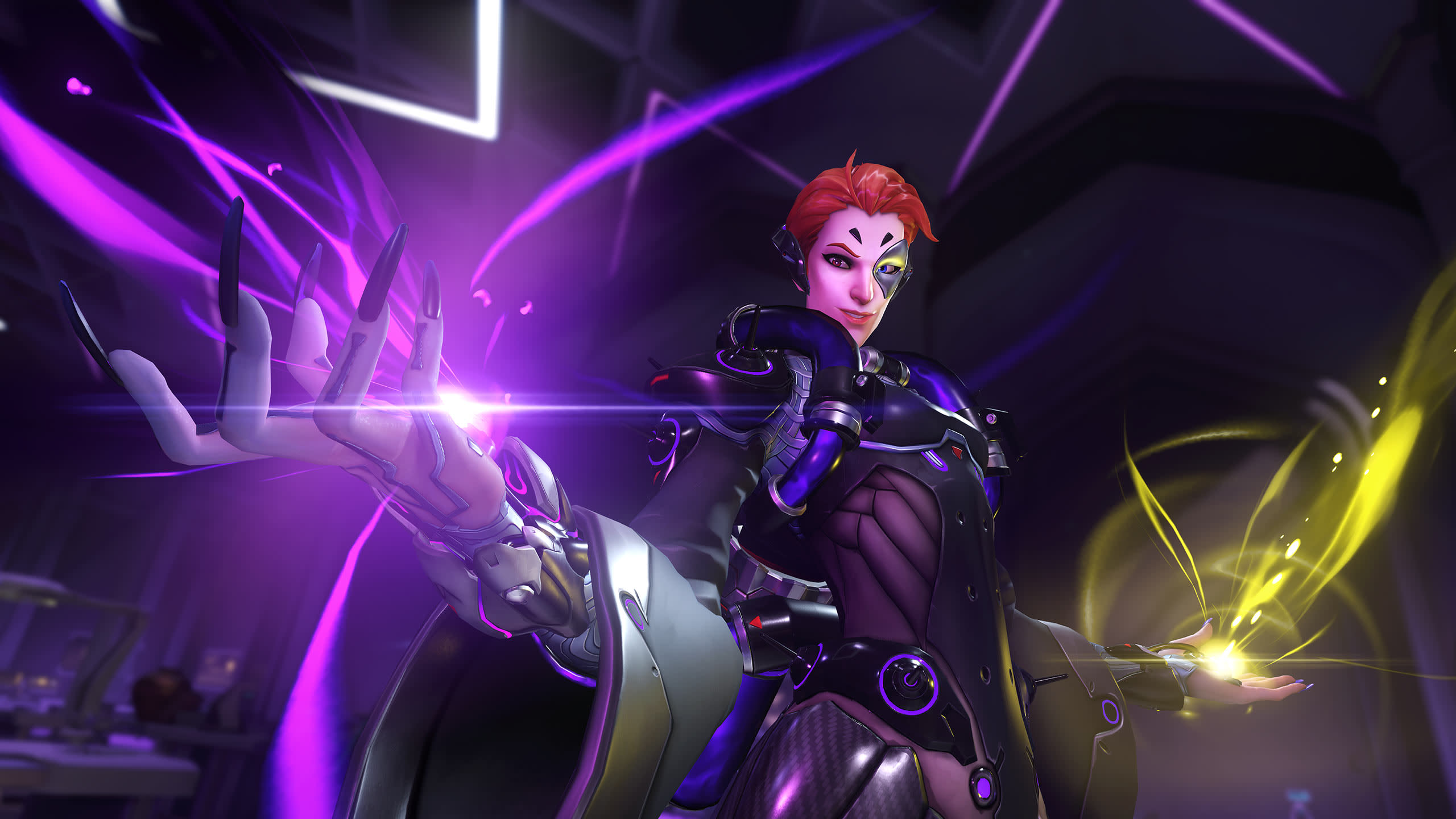 At last year's Blizzcon, Blizzard introduced a new character for its hero shooter, Overwatch — but community excitement was subdued after the months of teasing, hints and puzzles leading up to the announcement. Perhaps that's why Blizzard chose to announce a new hero today on the Blizzcon stage -- in the midst of its ongoing Overwatch World Cup, check out the final four matches later today starting at 12:30 PM ET -- without dropping any hints to the community. Finally, Overwatch players are getting another healer with Moira.

According to Blizzard's notes, harlequin-styled Moira switches between short-range biotic healing and damage beams. She can deploy an energy ball that can either heal in an area or pinball around, causing damage. She also has an evasive ability that lets her fade out and teleport a short distance away . Her ultimate ability is a linear beam that simultaneously damages enemies and heals allies if they fall in its path.

While the game's community has enjoyed the four new characters added to the game since its launch in May 2016, they've consistently asked for additional healers to give teams more support options. Moira looks to fill this gap with equal offensive and defensive capability, though we'll know more when Blizzard adds her to the test servers at an undisclosed date.

That's not the only Blizzcon announcement for Overwatch. Along with a slew of new skins, highlight intros and emotes, players will also get a new map -- but that undersells this weird, amazing new digital arena that starts as point capture and switches to payload. In true oddball fashion for the studio, the Overwatch team has built a theme park (Blizzard World!) with faux-attractions from across its video game universes. An actual Hearthstone tavern! Snaxxramas! The Lost and Found Vikings! I'm here for this punnery. (And, y'know, whenever Blizzard eventually decides to make this a reality.)

Finally, Blizzard released a cinematic telling the story behind Reinhardt's early days. Turns out our favorite hammer-wielding German armored teddy bear was a brash youth who had to learn his lesson the hard way. You know, the one about sticking with your team? Yeah, you've heard that one.

In this article: blizzard, blizzardworld, blizzcon2017, gaming, moira, overwatch, overwatchworldcup, video
All products recommended by Engadget are selected by our editorial team, independent of our parent company. Some of our stories include affiliate links. If you buy something through one of these links, we may earn an affiliate commission.