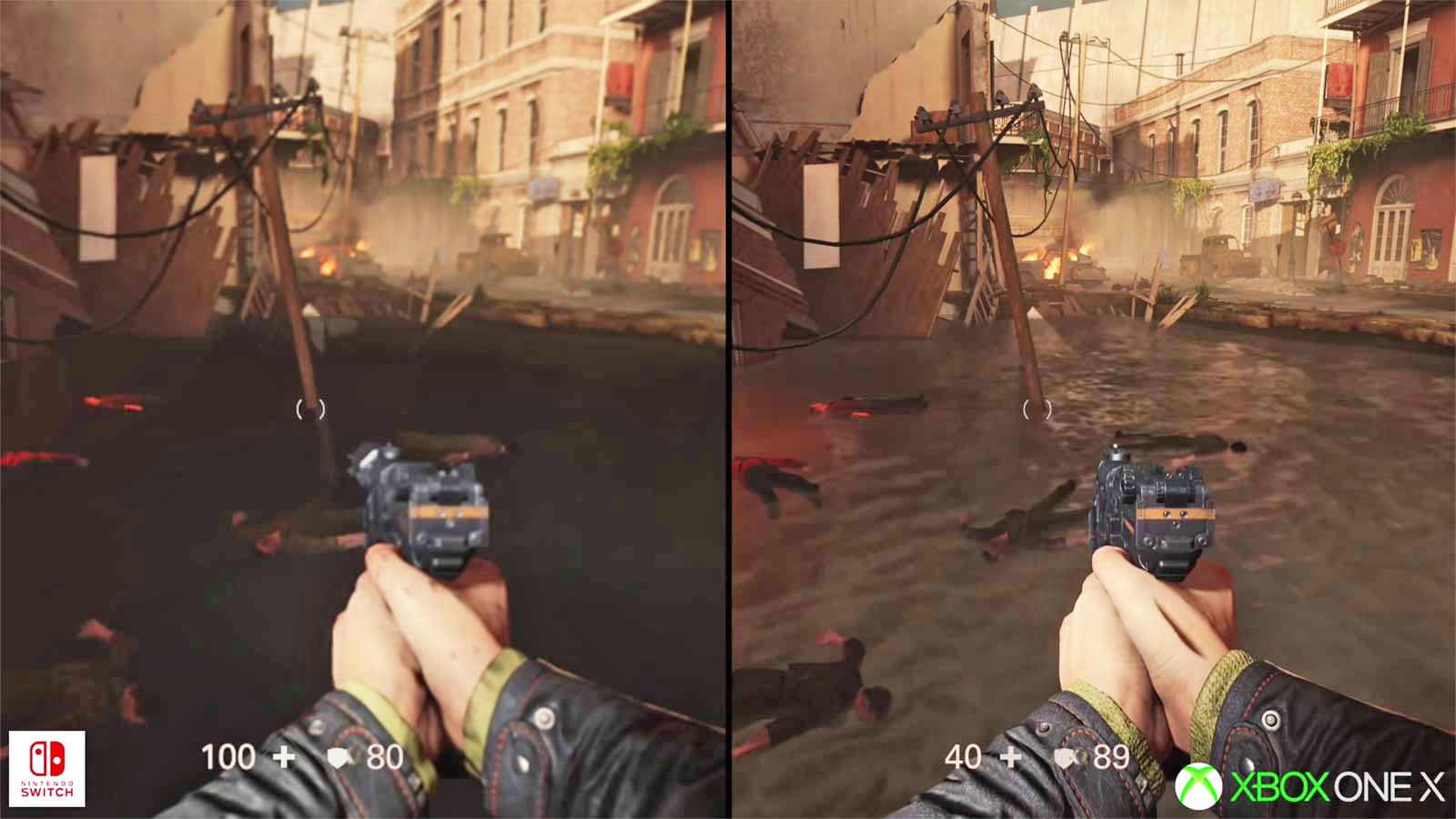 Now that Wolfenstein II: The New Colossus is available on the Switch, there's a question many want answered: just how did Panic Button manage to squeeze such a visually intense game into a title you can play on the bus? You now have a clear answer. DigitalFoundry has produced a detailed examination of the many tweaks made to make the game work. The developer managed to preserve all the gameplay sequences, geometric detail and key visual effects (such as particles, volumetric lighting and motion blur) -- it's the less-than-essential features that get cut.

Some changes are obvious. The Switch port uses very aggressive on-the-fly resolution changes, dropping the game to as low as 640 x 360 even when you dock your system -- this is a game best-played in handheld mode. Panic Button also dropped the target frame rate to 30FPS, reduced texture quality and produced noticeably simpler water effects without reflections and 3D interaction.

Other changes, however, are subtler. While the gameplay is intact, there are minor changes to the environment to keep the performance up (such as inserting a wall to block an extremely detailed backdrop). Volumetric lighting and shadowing aren't quiet as detailed, either. And in some cases, there are performance improvements. The frame rate is usually more consistent than it is on regular PS4 and Xbox consoles (not to mention the earlier Doom release on Switch), while cutscenes start sooner.

All told, Wolfenstein II's Switch version isn't going to be as superficially impressive as it is elsewhere. Panic Button made a slew of compromises, and you're going to notice them. Nonetheless, it's a testament to the Switch's relative power that Panic Button didn't have to resort to more drastic measures, like chopping the levels into smaller pieces or noticeably simplifying the geometry. You can play the game largely as Bethesda, MachineGames and id originally intended -- something unthinkable on a portable system just a few years ago.

In this article: av, bethesda, games, gaming, microsoft, nintendo, panicbutton, switch, thenewcolossus, video, videogames, wolfenstein, wolfensteiniithenewcolossus, xboxonex
All products recommended by Engadget are selected by our editorial team, independent of our parent company. Some of our stories include affiliate links. If you buy something through one of these links, we may earn an affiliate commission.