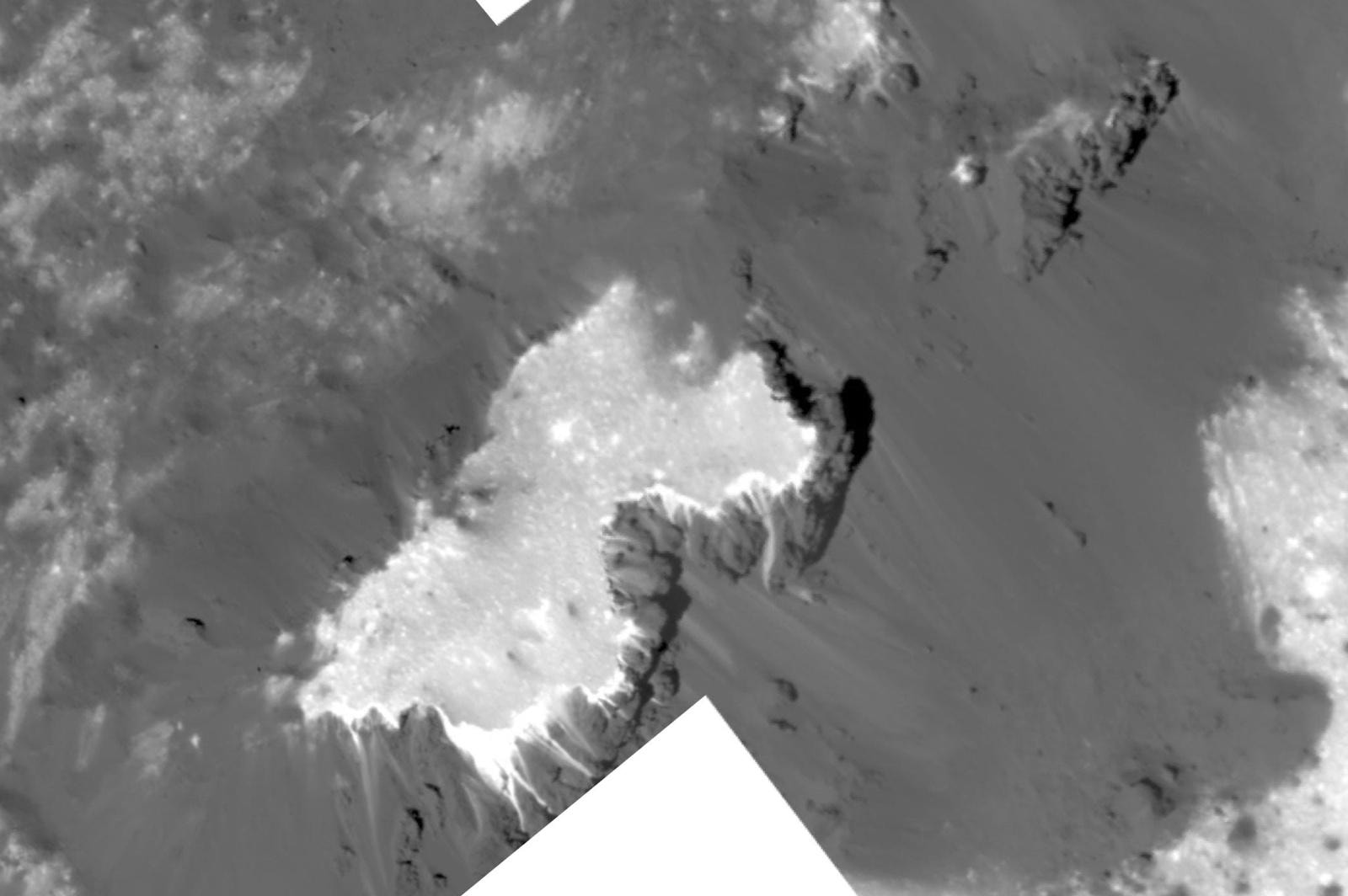 For its final orbit around Ceres, the Dawn spacecraft fired its ion engine possibly for the last time and dove as close to the dwarf planet as possible to fly merely 22 miles above its surface. That's the closest it's ever been to the celestial body -- the lowest altitude it reached before this was 240 miles above the surface -- and as you'd expect, the current orbit is producing some of the closest images of Ceres we've ever seen. Some of those photos are close-ups of the famous Occator Crater, the site of the dwarf planet's most famous bright spot.

Thanks to previous results from Dawn's visible and infrared mapping spectrometer, NASA already knows that the bright spots on Ceres' surface are made of sodium carbonate. The photos, however, will help the scientists figure out the origin of its brightest one, which is right in the center of the crater. They could also determine if the carbonates found on Ceres came from a shallow, sub-surface reservoir of water rich in minerals or from a deeper source of water that moved upwards and seeped through cracks.

In addition, the photos might also shed light on the materials found on the dwarf planet's surface, giving us more information about its composition. You can see all the photos the Dawn spacecraft already sent back on its official website, but make sure to check back every once in a while to see what else it beams back to its ground team. This orbit is the beginning of the end for Dawn, which was launched in 2007 and arrived at Ceres in 2015. It's bound to run out of fuel later this year and will remain in orbit around the dwarf planet for at least 50 years.

"The first views of Ceres obtained by Dawn beckoned us with a single, blinding bright spot. Unraveling the nature and history of this fascinating dwarf planet during the course of Dawn's extended stay at Ceres has been thrilling, and it is especially fitting that Dawn's last act will provide rich new data sets to test those theories."

My new, lower orbit around #Ceres allows for some extreme close-ups of the dwarf planet. 📸 Check out the latest look at features in Occator Crater, site of the famous bright deposits: https://t.co/bhJO8i5khZ pic.twitter.com/fPNp6PnRrE

In this article: ceres, dawn, gear, occatorcrater, space
All products recommended by Engadget are selected by our editorial team, independent of our parent company. Some of our stories include affiliate links. If you buy something through one of these links, we may earn an affiliate commission.