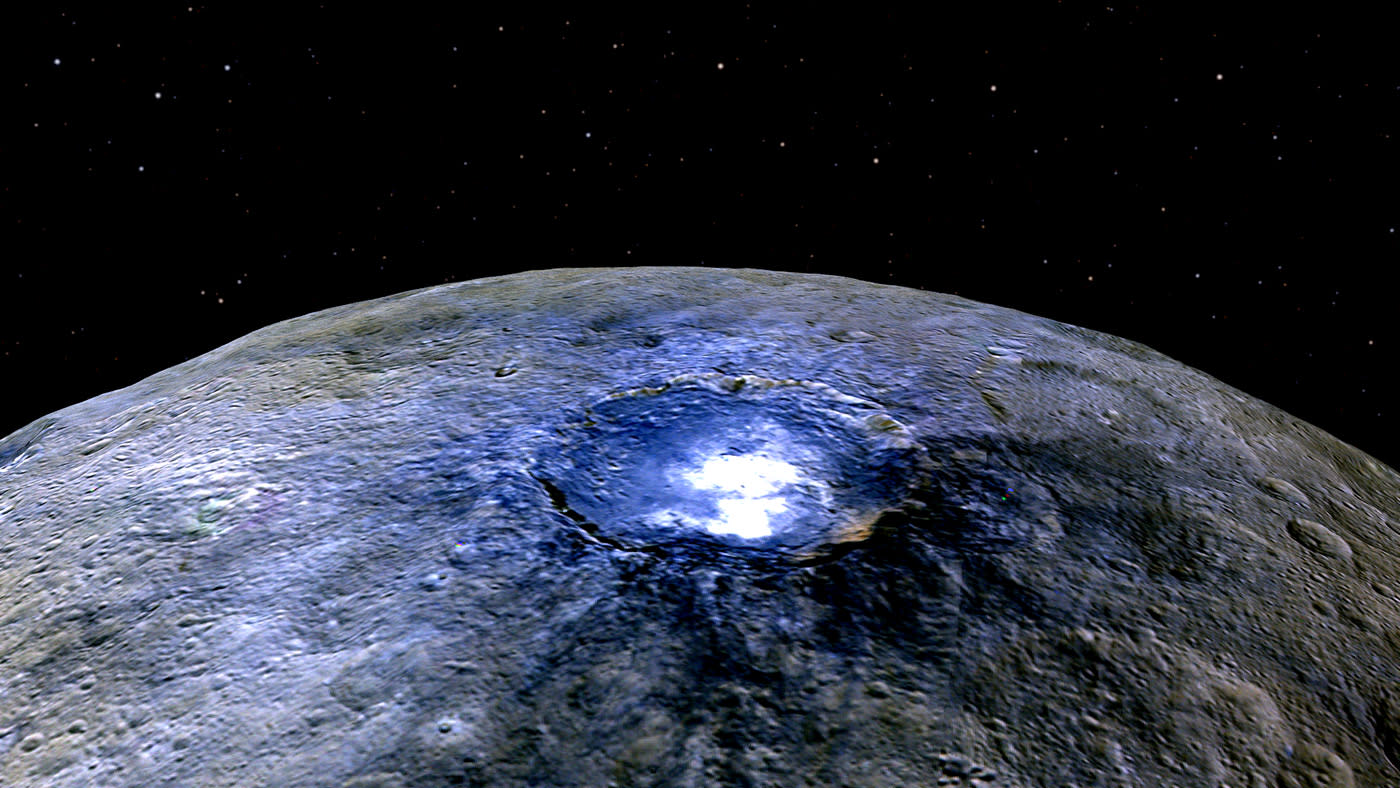 For months, the bright spots on the surface of Ceres captured by the Dawn spacecraft's cameras have stumped NASA's scientists. Now, thanks to a study led by Andreas Nathues from Germany's Max Planck Institute for Solar System Research, they can finally say that those spots are most likely not volcanic formations. The team has identified the shiny material inside the dwarf planet's craters as hexahydrite: one form of magnesium sulfate. Since that compound is an inorganic salt, you can say that those craters glow due to their salt deposits. You know what else is magnesium sulfate, by the way? Epsom salts -- though it's a different type altogether.

The team believes the salty materials came from the sublimation of ice in the past, unearthed by asteroid impact. Nathues said that their presence "suggests that [the dwarf planet] has a subsurface layer that contains briny water-ice." A second study conducted by the Dawn science team, on the other hand, found ammonia-rich clays on the planet's surface. While it doesn't sound as interesting, the discovery could tell us more about Ceres' history. One possibility is that Ceres formed in the outer solar system, where it's extremely cold and ammonia is abundant, before traveling to the Mars-Jupiter asteroid belt.

In this article: ceres, science, space
All products recommended by Engadget are selected by our editorial team, independent of our parent company. Some of our stories include affiliate links. If you buy something through one of these links, we may earn an affiliate commission.