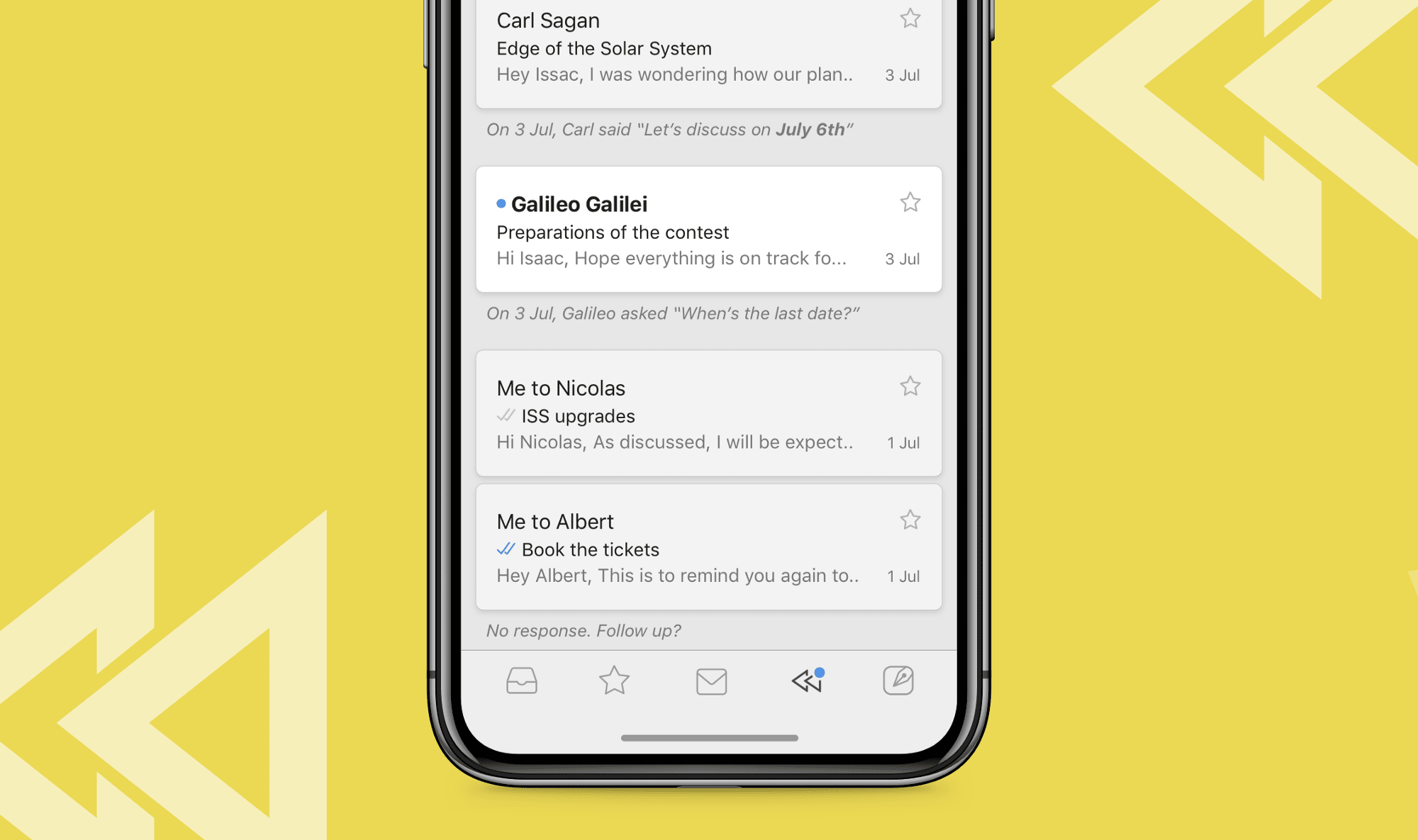 If you've used the new version of Gmail, you're probably familiar with how the service "nudges" you to follow up on emails you might have forgotten about. If you want a feature like that, but prefer to use an app vs. Gmail in your browser, cross-platform email program Newton has a new feature called Recap that should scratch that itch.

When you open the updated Newton on your phone, you'll find Recap in a tab at the bottom of the screen. When you tap into the Recap area, you'll see a number of emails that the app has flagged for potential follow-up. So you don't forget to check these messages, Newton will send a notification once a day to check in on your Recap box, but otherwise it's only there if you need it.

The messages it contains are typically things that Newton thinks should you should follow-up on. For example, my Recap surfaced an email that I sent a few days ago that I didn't receive a reply to; below the message was a section of the message I wrote with a sentence highlighted where I mentioned "next week." Basically, if it thinks an event or key date is coming up, it'll surface the message so you can follow up if need be. That said, it's not always the best indicator of things to follow up on. One message that Recap pulled up was an email from my dad that I had already replied to. The highlighted section mentioned "Tuesday," but it wasn't a sentence (or really an email) that required a timely follow-up.

Still, the Recap area makes for a clean way to see things that could use a follow-up, versus the Gmail approach of just popping the emails it nudges you about to the top of your inbox. Of course, it's hard to be Google's machine-learning monster in terms of knowing what emails you're likely to want to check in on. Newton didn't always pull up the most relevant emails, but I expect it'll get better with time.

Finally, it's worth mentioning Newton has changed its pricing scheme recently. For nearly two years, the app has cost $50 per year as an in-app subscription. The bad news is that Newton says that it is coming out of the "introductory" price tier and raising the cost to $100 a year. But they are offering a $10 monthly subscription for those that don't want to pay out up front. It still feels like too much money to me, but two years on the team is still adding features to Newton -- so at least users' money is going towards continued support.

In this article: email, emailapps, gear, internet, newton, newtonemail, nudge, recap, services
All products recommended by Engadget are selected by our editorial team, independent of our parent company. Some of our stories include affiliate links. If you buy something through one of these links, we may earn an affiliate commission.