But less than a third of senior leadership is female.
K. Holt|07.12.18
@krisholt

Facebook is slowly but surely diversifying its staff, with more women and people of color filling the ranks, according to the company's annual diversity report. But the company admits it still has work to do in order to increase representation in certain areas.

As of June 30th, women make up 36 percent of Facebook's global workforce, up from 31 percent in 2014. They now hold more than half of the business and sales positions, shooting up from 47 percent to 57 percent, and they've seen growth in technical roles (up from 15 percent to 22 percent) and senior leadership (now 30 percent, compared with 23 percent in 2014). The company says the number of women it employs has increased fivefold over the last five years, as Facebook continues to grow its total employee count. 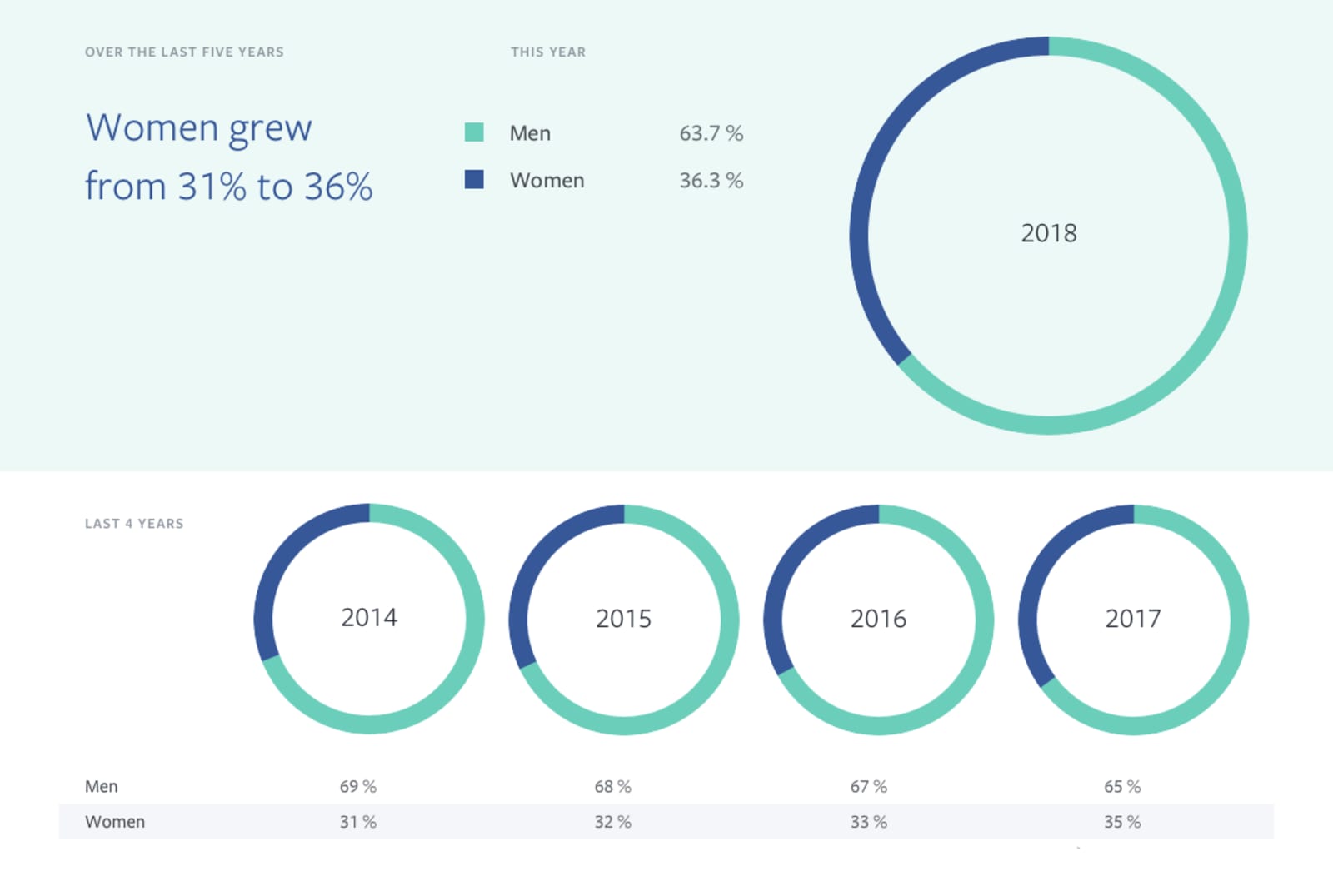 The proportions of black and Latinx US employees have grown overall (two to four percent, and four to five percent respectively), and they're taking on more sales roles. However, Facebook has admitted it's found difficulties in hiring black and Latinx employees in senior leadership and tech roles -- the percentage of Latinx people in senior leadership actually dropped from four to three percent. For the second year in a row, white people make up less than half of the US workforce. Pinpointing the proportion of LGBQA+ and Trans+ workers can be more difficult due to reporting regulations in some countries, though Facebook notes that the percentage of employees who self-identify as such in the US has grown from seven to eight percent. Veterans, meanwhile, account for two percent of Facebook's US employees.

Facebook says it's worked to create an inclusive environment to help with retention, and is making everyone involved in the recruiting process more accountable when identifying qualified, diverse candidates. The company also says it needs to be better in creating practical training programs for potential recruits from schools.

Change is a gradual process, and it can take a long time to evolve a mostly homogenous personnel into one more representative of the general population. Although Facebook is gradually diversifying its workforce, at least it recognizes it has a lot more work to do to evolve the makeup of the employee base.