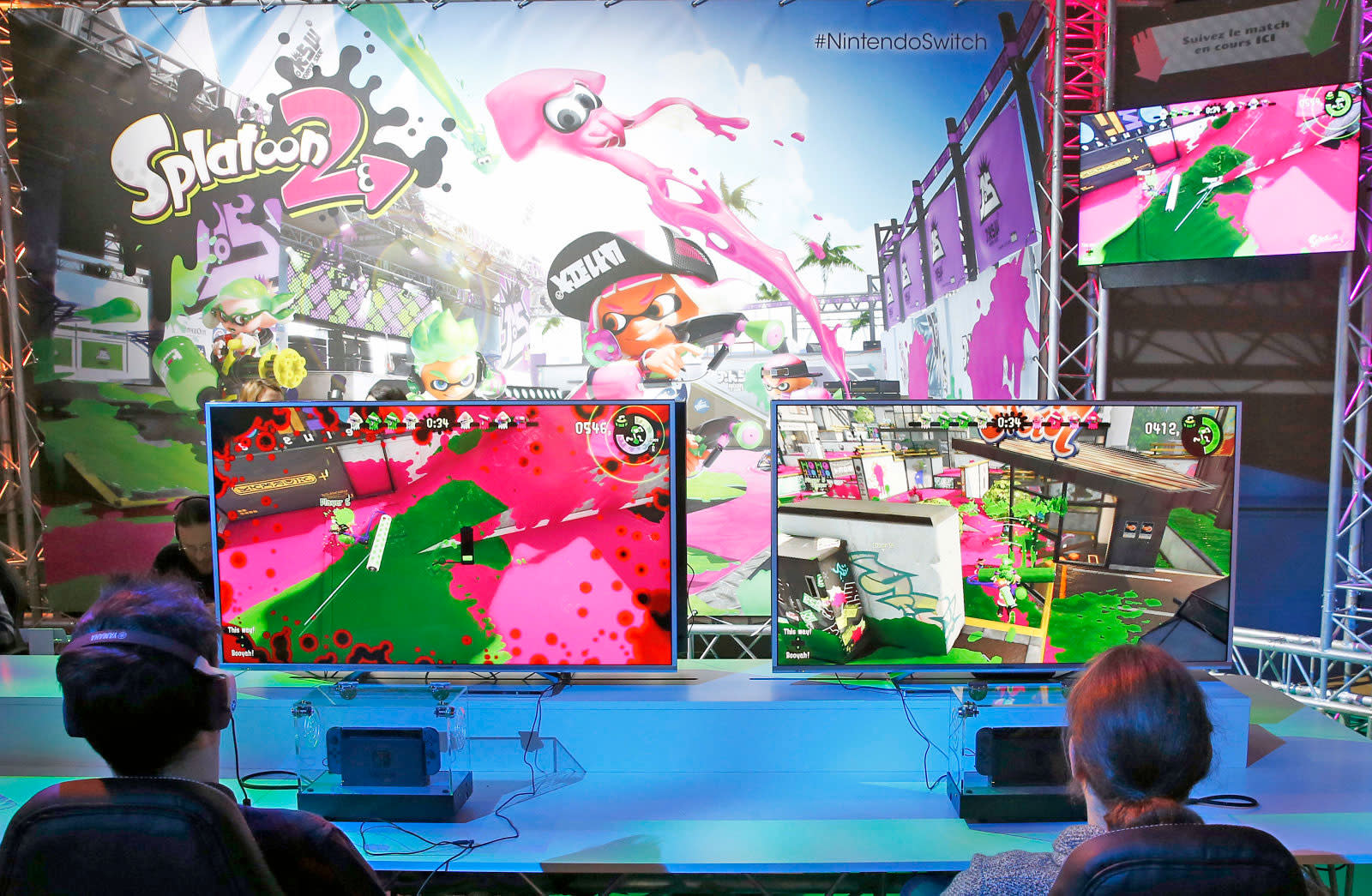 Splatoon 2 has had a cheating problem for a while, with unscrupulous players quickly wiping out entire teams in what's supposed to be an accessible, kid-friendly shooter. And now, frustration over the cheating is reaching a fever pitch. Nintendo has banned a player's accounts after he orchestrated a leaderboard hack to draw attention to the cheating problem. The gamer used a combination of power editing and a little luck to make the leaderboards for different game modes spell out "please add anti cheat," drawing more than a little attention to the issue.

The cheating has varied, but has typically revolved around unlimited ink (what you use to attack enemies and claim territory), ink that suddenly covers large portions of the map, overpowered weapons and invisibility. You're supposed to report cheaters through a companion SplatNet app, but you can't report every kind of cheat through it -- and since Splatoon 2 matches can finish very quickly (especially with cheating), people might not have time to identify and report every offender. The perpetrator argued that Nintendo even removed security safeguards from the first Splatoon, making it easier for cheaters to prosper.

While the rage against cheaters isn't exactly novel, there is an increasing pressure on Nintendo to do more with Switch Online launching in September. If gamers are going to pay $20 per year for internet play they previously had for free, they'll likely want some assurances that Nintendo is doing what it can to provide a fair experience.

In this article: av, cheating, gaming, internet, nintendo, nintendoswitchonline, splatoon, splatoon2, switch, switchonline, video
All products recommended by Engadget are selected by our editorial team, independent of our parent company. Some of our stories include affiliate links. If you buy something through one of these links, we may earn an affiliate commission.